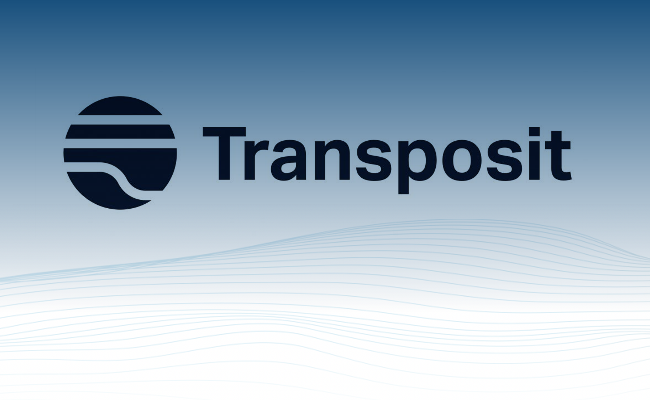 For Tina Huang, the idea of automation without human intervention is misguided. That comes from her study at the University of Chicago on cultural anthropology and blogging, as well as stints at Google and Twitter.

“I worked on Google News, and then, later on, moved up to Twitter. And I had this passion around the human in the loop, right? — like how can you augment artificial intelligence with human editorial?” said Huang, found and Chief Technology Officer at Transposit.

The San Francisco-based startup is focused on integrating the tools used in DevOps and site reliability engineering (SRE). It aims to provide a single source of truth to calm the chaos through automation plus human action.

She maintains that the majority of workflow tools, like Zapier and others, aspire to full automation without human intervention.

“That’s really nice,” she said, “but it very, very limited in the class of problems that can help.”

People often suggest she’ll be out of a job if people can fully automate everything. Her response:

“Well, that’s true if you have a system in a silo that has no change internally and no change externally.”

An incident can happen with change: I’m adding new features to my codebase. I’m adding new infrastructure to my stack. But changes can also happen externally.

“Like at Twitter, a lot of the incidents happen because you have a different traffic pattern due to the Super Bowl, or some event you didn’t expect.

“I remember the Arab Spring causing challenges at Twitter because that was like a spike of usage and a different style of usage than we had expected,” she said.

Huang and Adam Leventhal founded the company in 2016, pulling in Divanny Lamas from Splunk as CEO. Leventhal and Lamas go back to Sutter Hill Ventures, one of its funding partners. The company has raised $50.4 million total after a $35 million Series B a year ago led by Altimeter Capital Management.

Huang saw the world for developers changing, rather than building something from scratch, it was becoming more common to piece together components from various data sources connected by APIs.

They spent three years creating a platform to bring all the workflow tools together in one place. In their Series A pitches, they described it as a relational database of APIs.

“Imagine being able to just query your data with the ease of something like SQL, and not have to worry whether that data was coming from GitHub, coming from Slack, coming from any of these different sources?” Huang said.

Looking at the technology, they realized that DevOps and IT operations were the most likely fit for the idea of human-in-the-loop response, even while directing machine learning to the tasks at hand.

They modeled their technology on that of SQL, which gave developers a way to talk about what data they were trying to retrieve without having to think about how to actually access the data:

“At the very core, that is what the Transposit integration technology is based on. So you could write a SQL query, and we would deal with authentication, pagination, kind of throttling of queries, etc. …

“One of those areas that sort of differentiates us from pretty much any integration platform that I’ve seen out there is the depth to which we sort of took that where it’s not just a thin wrapper on top of API calls. But it really allows the developer not to think about the underlying services.”

They applied their ideas initially to runbooks for incident management, that binder that some companies create for those 2 a.m. hair’s-on-fire calls when something breaks. On those occasions the on-call engineer might be sweating the details of code he didn’t write or operations procedures she’s unfamiliar with.

Transposit’s platform enables organizations to build automated runbooks laying out a set of DevOps processes to be executed across multiple tools.

Huang concedes that runbooks aren’t a sexy topic to go after, but maintains that’s largely because people have been pretty uncreative with them — they tend to be flat wiki pages that everyone knows, or at least assumes, are not up to date, so they don’t use them.

Transposit’s answer to this to make them more interactive and useful by aggregating semi-structured and unstructured machine data along with human data.

You can set a trigger, that kicks off an automated workflow on how to proceed. It could be things like starting a Slack channel, filing a ticket for it, assigning a commander, notifying customer success that this incident is ongoing, figuring out which team is involved and paging the person on call.

“It can be everything from flat documentation to adding buttons that help you, so you might have a button that says, ‘restart the service,’ ‘update the status page,’ etc.” Huang said.

It can break down silos and unify workflows between dev and ops with hundreds of pre-built integrations or easily connect to any API. Afterward, you can have a cleanup process as well.

At the same time, it’s documenting every step of the way, providing a full audit trail and postmortem report. The runbooks aren’t static documents. Underlying machine learning algorithms can look at how the engineers recovered and provide data-driven revisions to the processes. That can capture institutional knowledge as well. 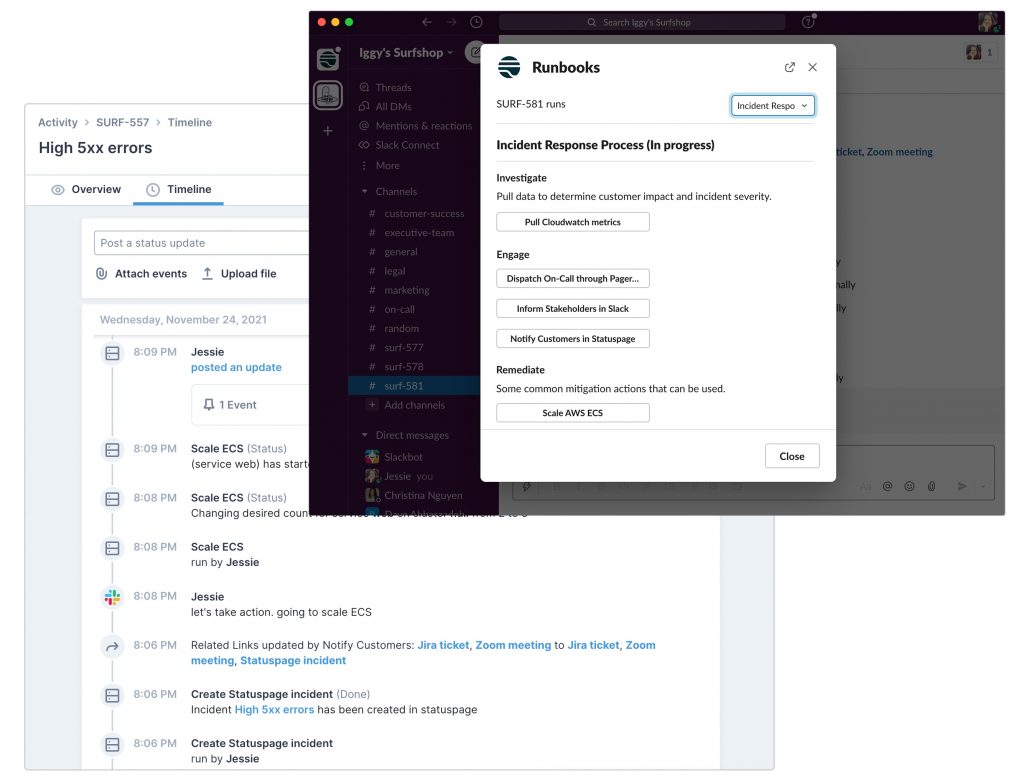 In a blog post explaining the need for codified processes, both machine and human, Huang wrote:

“The ideal world is about being able to seamlessly bind these two together. When you allow humans to stitch together pieces of automation, you actually end up with more automation and more robust automation.

“That’s because you can let human intuition step in where the logic to automate would end up being so complex as to cause more problems than it solves, where the logic would be so closely tied to the specifics of a fast-evolving product that it would need to be updated almost as frequently as the product itself.”

The company doesn’t call them tickets because it generally requires action beyond the ticket itself. There’s usually an accompanying document, a Confluence page maybe, that tells you how you’re supposed to use that JIRA ticket — categorize the incident according to these circumstances, for instance. At the same time, people are talking about the issue on Slack or Microsoft Teams. There are repeatable actions required for filing any ticket — you have to fill in these 10 fields, perhaps.

“One of the beautiful things about the DevOps role is a lot of this can also be automated,” Huang said. “And so some pieces of them that require human intervention like that human router for dispatch — we hear a lot of people still use some form of NOC (network operations center). … Honestly, we’ve heard people even outsource these to third parties. Their job is literally to look at some graphs and determine what team to actually page. Right? So there’s a slight human element to it.

“But then once a human identifies what team to reach out to, the rest of it could be automated.”

The company touts Transposit as a no-code platform.

Low-code and no-code technologies have opened up new paths to innovation by empowering more users across an organization — with or without technical experience — to contribute and add value to projects or workflows. In 2022, we’ll see DevOps practices gain broader adoption across functions outside of traditional software development. In addition to the growing adoption of no-code tools, non-technical users will get to experience all the benefits of a continuous delivery approach and will want to adopt it for everything digital they create.

The company has a no-code platform as well as a more advanced developer platform. Its no-code builder can have git repositories associated with them. It’s written in Python and designed to be very developer-friendly.

“We’re built on open standards with OpenAPI. So you know, if you have an internal system, anything that’s an API, you can plug into our system. …You can build almost anything you want. You know, we’ve seen customers string together … transpose it to trigger AWS Lambda to call edge nodes in their compute clusters. And so, it’s very powerful and very, very flexible.”