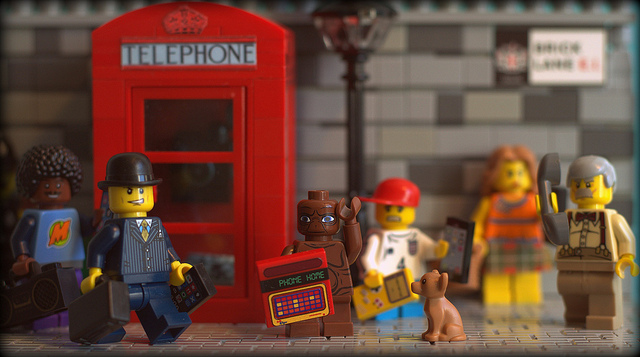 Tropo, which offers a cloud API service for voice and SMS communications, and Apcera, a enterprise cloud IT platform focused on security and compliance policies, are teaming up to tackle the platform-as-a-service market for telcos.

Apcera is “the partner we wish we’d had five years ago when we were building our platform,” according to Jose de Castro, co-founder and CTO of Tropo.

“In a very short time, we’ve been able to create a platform that’s much more scalable and much more secure. Working with companies like AT&T, Verizon – they’re under a lot of regulatory pressure to maintain privacy and things like that.”

This partnership will help address those customer concerns, he said. In their announcement, the two companies say an unnamed Tier 1 carrier will deploy their solution in 2015.

Essentially, Tropo will offer customers Apcera’s Continuum policy-driven PaaS, which gives companies more control over access and resources. It already had been offering customers Cloud Foundry, the open source PaaS project that last month announced The Linux Foundation will manage its foundation. Tropo competes with the likes of Twilio, Plivio and TelAPI.

Continuum offers “policy and governance capability with a much richer orchestration,” allowing it to handle a diverse set of workloads, which could include an application, a service, an operating system or Docker container, according to Steve Dischinger, vice president, Alliances and Channels, for Apcera

An example, he said, might include migrating from a dev test environment to production.

“This platform-as-a-service is a great fit for what Tropo is doing with the telco market, because these are revenue-producing areas for the telco,” Dischinger said. “As their margins are getting squeezed on the traditional plan, they’re looking for ways to innovate. Not only can they bring their own services to market faster, but also to allow third-party developers to sell services through a marketplace.”

In an illustration of a sensitive app, de Castro described one that could pick up key words in phone calls. While Tropo already has worked out how developers could gain customer permissions for that, he said, Apcera could help enterprises could ensure the data gleaned from the app goes solely into Salesforce.com.

“When you’re looking at a large market opportunity, you’re trying to balance the ability to develop in today’s world versus the risk,” Dischinger said.

“These implementations are very strategic to these telcos. They’re all looking for ways to foster community and build these third parties on top of their platforms versus a Google or an Amazon. …There are around 300 telcos globally, but the number of applications they can bring out are endless.”

The line between telecos and IT is blurring, according to John Dinsdale, managing director and chief analyst at Synergy Research Group.

Telcos such as Verizon and CenturyLink are ramping up their own cloud services; at the same time Deutsche Telekom CEO Timotheus Höttges complains that Silicon Valley powerhouses such as Google and Facebook don’t face the same regulatory oversight.

Telcos see the provision of IT services as a very natural extension of their old traditional telecoms business, according to Dinsdale.

“As they are now players in IT services, telcos have no choice but to fully embrace cloud services. … While telcos do not have the global coverage, data center footprint and brand associated with the leading IaaS/PaaS operators (AWS, Microsoft, IBM, Google), they tend to be reasonably strong players in their home markets where they do have the scale and credibility to be substantial cloud operators,” Dinsdale said.

“Any given telco will not have the scale and critical mass that allows an AWS or a Microsoft to develop a broad range of proprietary cloud services, so they will be open to using technology partners to enable them to strengthen their cloud service offerings. That is where I see an Apcera or a Tropo fitting into the picture.”