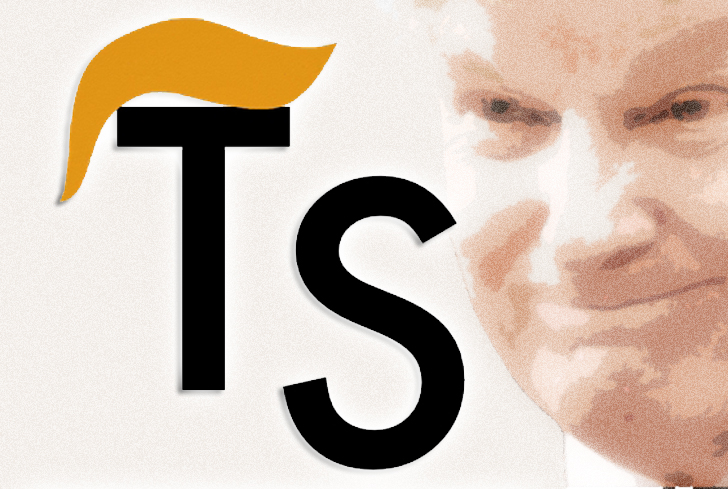 A team of college programmers created a stir this week with their release of a new programming language that mocks real estate entrepreneur and U.S. presidential candidate Donald Trump.

“[W]e found that the current field of programming languages does not include any that Trump’s glorious golden comb over would approve of,” they joked on the official site for TrumpsScript.

Most of their jokes are baked right into their language’s syntax.

For example, TrumpScript accepts no floating point numbers, only integers, because “America never does anything halfway.”

All numbers must be more than 1 million. “The small stuff is inconsequential to us.”

And in a nod to Trump’s position on immigration, the language allows no import statements. “All code has to be home-grown and American made.”

Most of the language’s error messages are quotes from the Donald himself. And the language’s official website warns that “a lot of the time your code will fail, and it will do so silently…”

Their rationale? “Trump doesn’t like to talk about his failures…”

TrumpScript is based, in a manner of speaking, on Python. “Dan and I tried to figure out Python’s abstract syntax tree class and he attempted to destroy it as only the single fluent TrumpScript user could,” Sam Shadwell explained on the site.

In a riff on Trump’s campaign slogan, the language’s tagline is “Making Python great again.”

TrumpScript was created for Rice University’s once-a-year HackRice, a coding event “for the night owls and the dreamers.” Last weekend, from Friday night through Sunday, participants pulled all-nighters at the Houston college’s student center, working in teams of no more than five to try to create an award-winning coding project from scratch. The event attracted more than 200 participants, and among this year’s many sponsors were Google, Microsoft, and Facebook, who also sent representatives to serve on the event’s 13-judge panel.

Four programmers worked on TrumpScript, and on Monday, one of them got the idea of submitting it to Hacker News. Soon the link had drawn close to 100 votes — and it received even more attention on Reddit.

“I’m very surprised that this has gotten the amount of attention that it has,” coder Sam Shadwell  told Inverse, sharing his memories of their development process. “We actually kind of went back and got drunk that first night…and didn’t write any code.