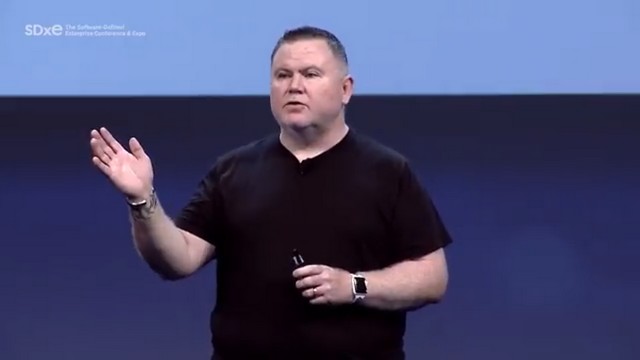 Just days after Juniper Networks’ decision to rebrand its OpenContrail SDN controller platform as Tungsten Fabric, a company executive and one of the long-time key figures in the containerization movement, dating back to his tenure with EMC, told The New Stack the time may be imminent for telecommunications providers to get behind their counterparts in the data center, and adopt Kubernetes as their orchestrator for network functions.

“What I’m seeing is that people are now getting to the point where there’s a certain amount of fatigue around complex projects,” stated Randy Bias, Juniper’s vice president for cloud technology and strategy, “and they really want to get things done. So I see more of a migration away from OpenStack towards things like Kubernetes.”

The way architects envision the telco network functions of the future, there’s a clear split between the customer-facing cloud — which, naturally, would be multitenant — and the internally-facing cloud. As Bias pointed out, this latter construct has the virtue of being single-tenant. Kubernetes was single-tenant from the beginning; in fact, implementing multitenancy for Kubernetes is typically a trick that others, such as Project Calico, have gone to great lengths to pull off.

“You have the option to pull off a very secure deployment of OpenStack, if you know what you’re doing,” said Bias.  “But the defaults probably are not great.”

Bias’ distinction is important in light of the evidently growing partnership between OpenStack and perhaps the leading candidate for an NFV platform for 5G today, OPNFV — also a Linux Foundation project. OpenStack has applied its own strategy toward container orchestration in the past, called Magnum. But even last year, OpenStack’s main proponents appeared to be focusing instead on adopting Kubernetes at one layer, or perhaps even three layers, of what one engineer called a “club sandwich.”

The vastly heterogenous, natively non-scalable, state of today’s telco networks, Bias explained, essentially mandates the use of hypervisors as a secure layer of abstraction. Telcos may not be in a position to embrace Kubernetes willingly, he admitted — or, for that matter, any single solution — partly because they are still deploying services on bare metal rather than on platforms. But other compelling drivers such as the emergence of 5G may provide the catalyst, he believes, for telcos to adopt the solution that the rest of the market has adopted.

“Then it’s like a no-brainer,” said Bias. “Why would I bring along a virtualization stack and all the other pieces, when I can just keep it simple?”

What Are We Talking About?

As the standards governing the fifth generation of global wireless technology, or 5G, are still being debated by telcos, equipment manufacturers, and government agencies, there’s general agreement that some type of cloud platform must be in place to handle the virtualization and portability of network functions. And so far, that agreement has paved the way for open source components to establish that platform.

But just which components those will be is a question that remains up in the air, more than two years after a chief AT&T executive announced to a major open source conference that it couldn’t afford to wait any longer than 18 months.

One of the options in the running has been OpenContrail, the open source edition of a commercial SDN controller originally produced by a company called Contrail Systems, which was acquired by Juniper Networks in 2012. The controller has since been paired up with a service orchestrator. In 2013, Juniper first produced OpenContrail under an open source license. But since that time, as discussions of the place for NFV and SDN for 5G heated up, OpenContrail found itself more and more marginalized. Even as the company retooled Contrail’s senior leadership last November, and it donated the open source project to the Linux Foundation the following month, the platform found itself being described as an “also ran.”

The Company You Keep

If Tungsten Fabric is going to have any opportunity to re-inject itself into the conversation around the most important global network currently being built, then it needs to hitch its proverbial star to a somewhat stronger and more attractive wagon. Juniper’s Randy Bias sees that wagon as Kubernetes, and not so much something else hitched to Kubernetes.

“In the near term, there may be additional complexity when you’re running Kubernetes at the edge and nowhere else,” he told us, referring to a scenario where telcos may opt to deploy the orchestrator in a space closer to its customers.

“But you definitely see at the app layer, even running on top of OpenStack or public clouds or VMware, more and more people gravitating towards Kubernetes as the infrastructure management framework for their cloud-native applications,” he continued. “So whenever anybody’s thinking about refactoring their VNF [virtual network function] to be container-friendly, even if it’s going to be in the core, that’s something where they’re almost always going to default to Kubernetes because it’s effectively won the container orchestration battle in the public. There really aren’t any competitors anymore. In the long term, the likelihood that you’ll be managing all your applications and services — I don’t know how long that is — using Kubernetes, I think, is very high.”

Randy Bias’ opinion is especially important, given that he was one of the OpenStack Foundation’s first directors.  Before that, he was the creator of the original CloudScale Networks multicloud platform and led the open-sourcing of GoGrid’s APIs prior to a later move by Amazon AWS. Bias is credited with having originated the “pets vs. cattle” metaphor for managing virtual servers, in a meeting of DevOps Chicago in 2014.

Scott M. Fulton III leads the developer content team at Neo4j, and before this, was a 37-year veteran producer and editor, including for The New Stack, where he created the Context podcast. He produced the Scale blog for ZDNet, was...
Read more from Scott M. Fulton III
SHARE THIS STORY
RELATED STORIES
Kubernetes App Deployment from the Command Line Kubernetes 101: Deploy Portainer to a MicroK8s Cluster Testkube Moves to the Cloud in Beta Release 4 Ways to Use Kernel Security Features for Process Monitoring Kubescape: A CNCF Sandbox Platform for All Kubernetes Security
TNS owner Insight Partners is an investor in: The New Stack.
SHARE THIS STORY
RELATED STORIES
Testkube Moves to the Cloud in Beta Release Data, Analytics and AI: What Will Happen in 2023 Swarm, a User-Friendly Alternative to Kubernetes Managing the Cost of Kubernetes What Is the Docker .env File and How Do You Use It?
THE NEW STACK UPDATE A newsletter digest of the week’s most important stories & analyses.
The New stack does not sell your information or share it with unaffiliated third parties. By continuing, you agree to our Terms of Use and Privacy Policy.