Tutorial: Build a Serverless Application to Control a Smart Bulb

In the first part of this tutorial, we introduced Google Cloud Functions as a Serverless platform. In this installment, we will build an application based on Functions as a Service (FaaS) to control a Smart Bulb.
Feb 22nd, 2019 3:00am by Janakiram MSV 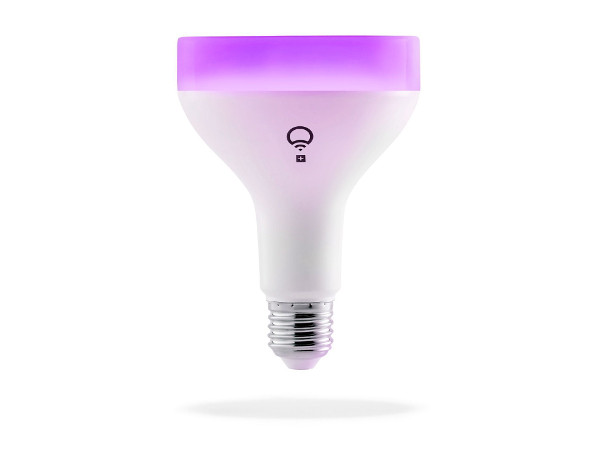 I am a big fan of LiFX Smart Bulbs and their programmability. LiFX bulbs are WiFi enabled that can be controlled via simple REST API. If you already own a bulb, all you need is an API token that needs to be embedded in the HTTP calls made to the endpoint.

We will utilize the API of LiFX bulbs, Google Cloud Scheduler, Google Cloud Pub/Sub and Google Cloud Functions to automatically switch on the bulbs at 6 p.m. and switch off at 7 a.m. every day. We can also use the same configuration to interactively change the bulb settings such as the color, brightness, and its state.

Before we go ahead, make sure you have an active Google Cloud Platform subscription along with Google Cloud SDK installed in your development machine.

Google Cloud Pub/Sub is a message bus that can connect a variety of publishers and consumers. In this scenario, we rely on the Pub/Subtopic as the hub to fan out messages to one or more consumers.

Login to Google Cloud Console and access the Cloud Pub/Sub dashboard. Click on Create Topic button and give a name to the new topic.

That’s all we need do to within Cloud Pub/Sub. The topic we created is the most critical component of the application.

We will now add the code snippet responsible to invoke LiFX API as a Cloud Function. This is invoked indirectly through Pub/Sub.

Access the Cloud Function dashboard and click on Create Function. Give the function an appropriate name and wire it to the Pub/Sub topic created in the last step by selecting Cloud Pub/Sub as the Trigger. 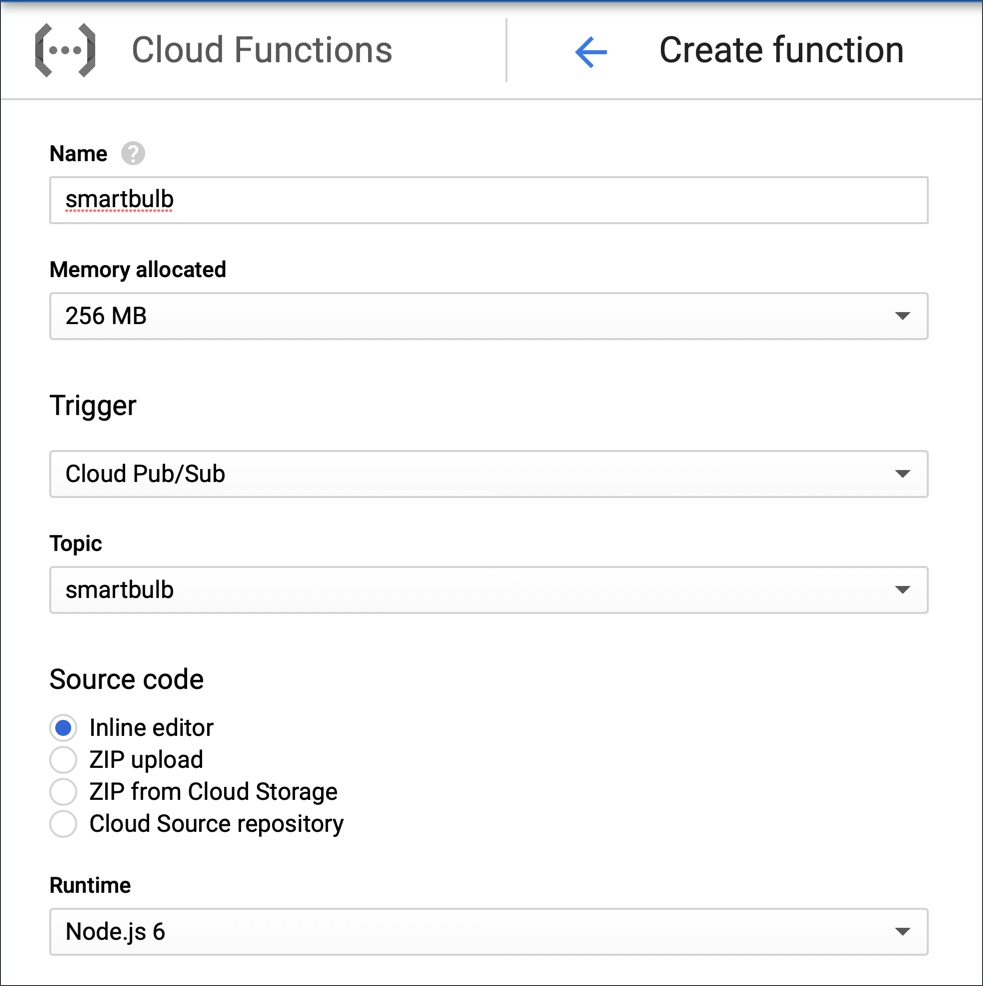 Replace the code of index.js with the below. Make sure that you replace the LiFX API token with your own API. Change the entry point to bulb under Function to execute. 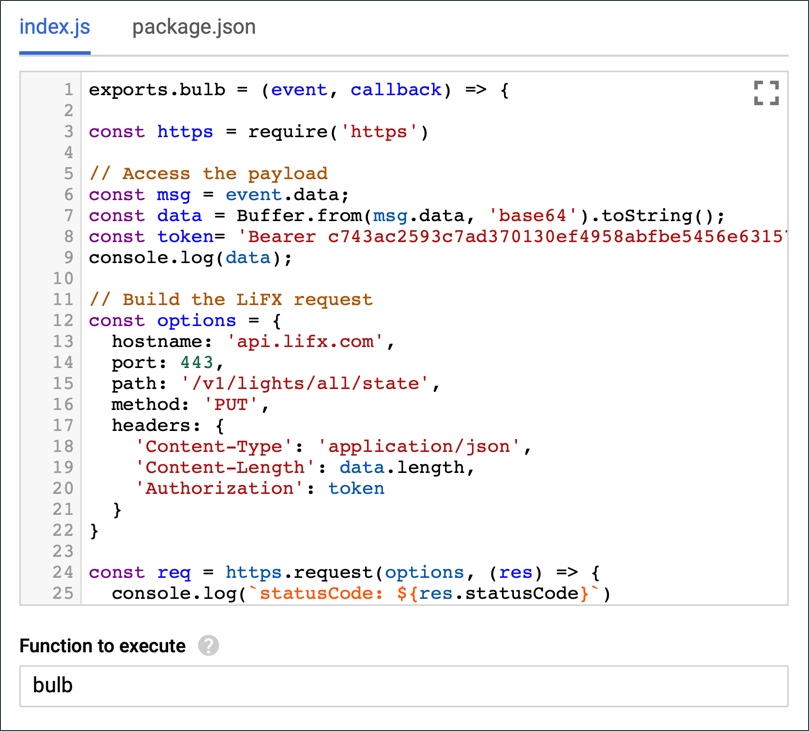 The code is self-explanatory. The payload sent to the function via Pub/Sub is decoded into a JSON string, and sent to the LiFX API via the PUT request. The payload contains settings such as the one shown below

We are all set to test our Serverless application by sending a JSON payload from the CLI. Assuming you have Google Cloud SDK installed, fire up the gcloud utility to publish to the Pub/Subtopic.

This step results in the bulb getting powered on with the color set to blue. Pretty simple and straightforward!

Now, let’s automate this process by configuring a cloud-based CRON job to turn on and turn off the light at a predefined time of the day. We will do that through Google Cloud Scheduler.

Visit Cloud Scheduler dashboard and create a job with the following configuration: 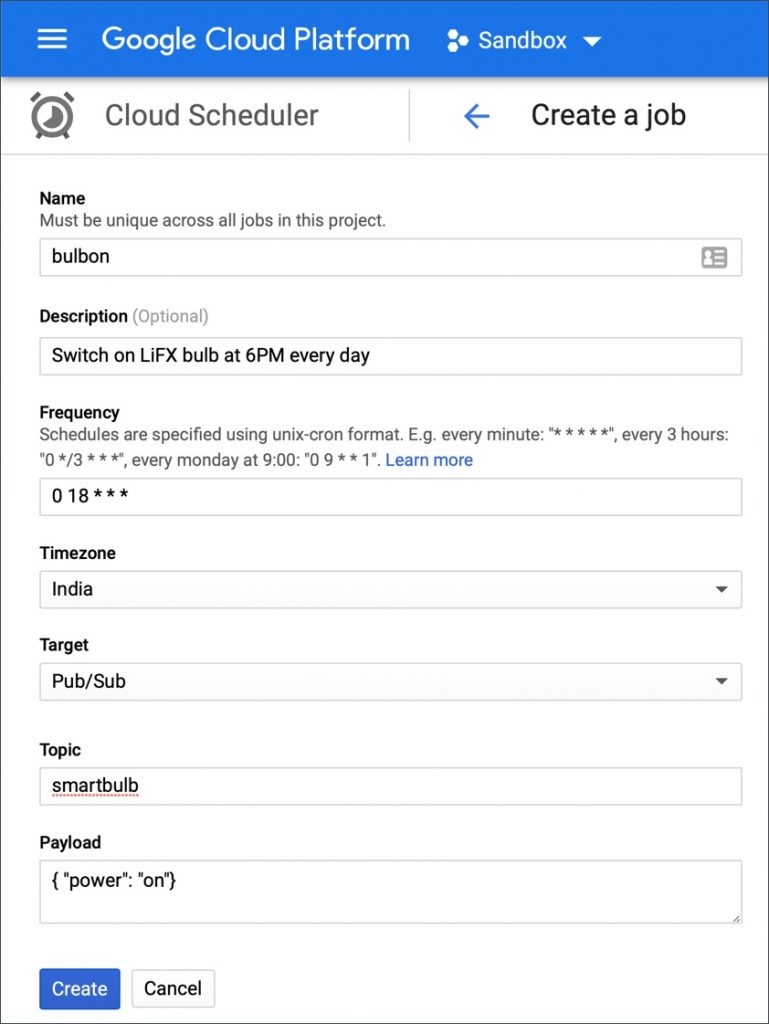 This step simply send the payload,

to the Pub/Sub topic every day at 6 p.m. Let’s also configure another job to switch off the bulb at 7 a.m. 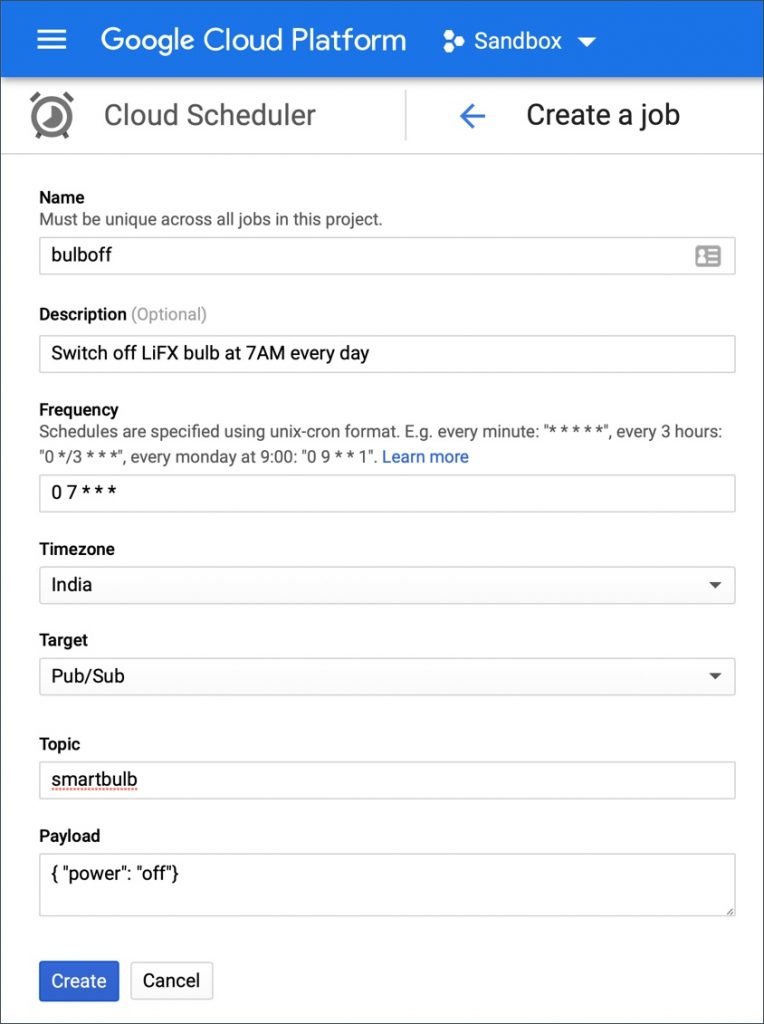 That is it! We are done with the coding and configuration of our Serverless application. The beauty of this approach is simplicity. With less than 50 lines of code and a few clicks, we are able to deploy a fully-fledged application.

You can easily extend this application to synchronize the bulb with the sunrise and sunset timings. Create a Cloud Scheduler Job that invokes a Cloud Function which queries the sunset API and configures the smart bulb CRON jobs with the exact time to switch on and switch off.

We could have used HTTP trigger instead of Pub/Sub. But, there are many advantages of using a Pub/Subtopic. One of them is the fan-out approach where we can invoke multiple functions with the same payload.

SHARE THIS STORY
RELATED STORIES
Microsoft Announces PostgreSQL Option for Cosmos DB How to Gain Visibility into Kubernetes Cost Allocation Configure SQL Server Standard Edition for High Availability on AWS A Tactical Field Guide to Optimizing APM Bills Facing Technology's Limits at Albuquerque's Balloon Fiesta
SHARE THIS STORY
RELATED STORIES
Why Cloud Lock-In Is Getting Worse Why Cloud Data Egress Is Expensive Simplify Multicloud Security in 5 Steps Snowflake Delivers Bevy of Developer Goodies Amazon Web Services Gears Elastic Kubernetes Service for Batch Work
THE NEW STACK UPDATE A newsletter digest of the week’s most important stories & analyses.
The New stack does not sell your information or share it with unaffiliated third parties. By continuing, you agree to our Terms of Use and Privacy Policy.