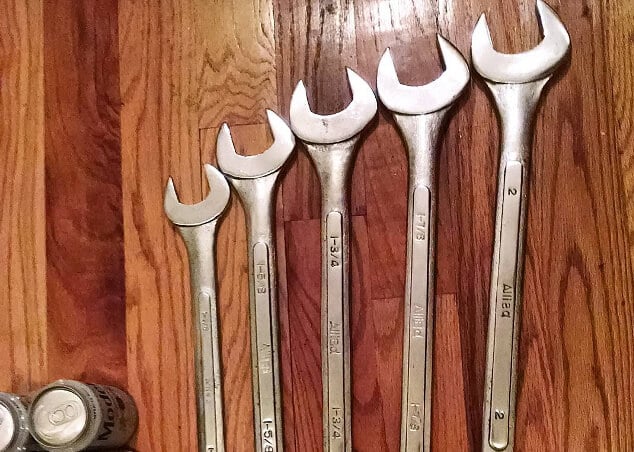 There is a general perception that Kubernetes is meant only for professionals with advanced infrastructure management skills. While there is a bit of truth in it, there are multiple ways to configure Kubernetes without getting overwhelmed.

With each major release, Kubernetes is getting closer to the developer community. In its current form, it is extremely simple to turn your existing Mac or Windows machine into a powerful Kubernetes development environment. I am playing with Kubernetes on the new 12” Gold MacBook with 8GB RAM and 256GB storage powered by a 1.1GHz Intel Core M3 processor. By no means this is meant to be a developer workstation but, with Minikube, I am able to carry a full-blown Kubernetes environment with me.

This tutorial aims at enabling Docker developers to easily get started with Kubernetes. It will walk you through all the prerequisites, and the basic concepts to deploy your first microservices application powered by Kubernetes. Though this is based on Mac, it will work with Microsoft Windows 10 with just a few modifications.

What Do We Need?

First things first, let’s make an inventory of the tools that we need.

What Do We Get?

Most of the developers have an isolated development and testing environments for Docker and Kubernetes. This makes it frustrating to quickly build and deploy from source code. The Dockerfile targeting the core engine is always different from the Kubernetes environment. This forces us to push the images to the Docker Hub or a public registry and pull them in Kubernetes nodes, even when they are running within the same environment. While this provides a good isolation for production setup, it can get pretty annoying during development and testing.

This setup makes it easy to deploy applications in parallel running in Swarm and Kubernetes. Each time an image gets pushed to the registry, it immediately becomes available to both the Swarm cluster and Kubernetes.

This tutorial has some tips and tricks that will help you get a grip on managing disparate Docker environments.

The illustration below explains the setup and the configuration. 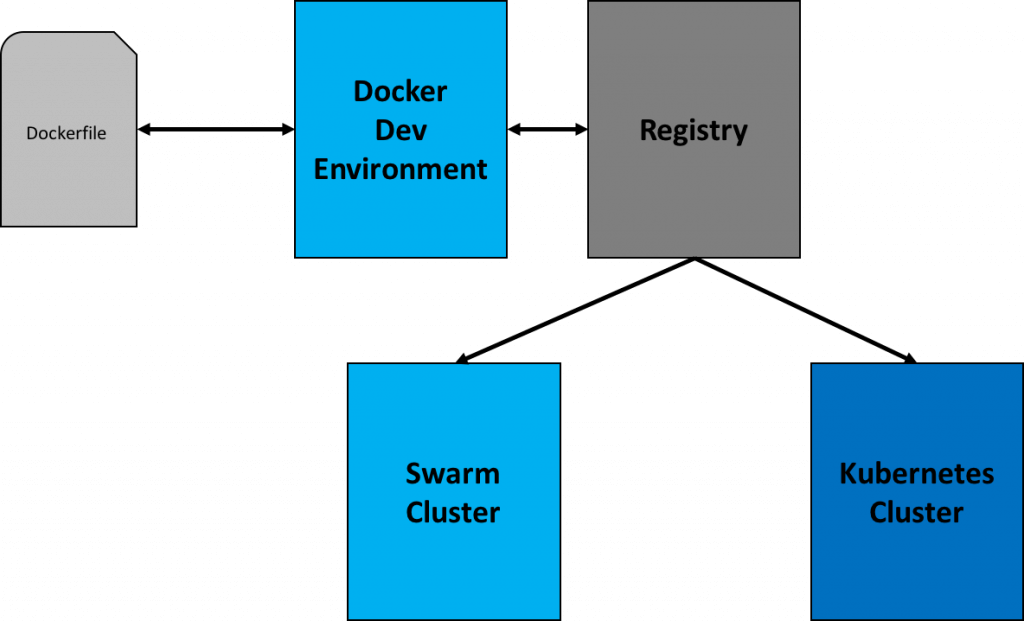 Let’s start by creating a central registry that we will access during development and testing. We will then configure Docker and Kubernetes to use the registry.

Create a new Docker Machine that acts as the registry:

Create the directory to hold images:

Point the Docker CLI to the machine:

Pull and run the registry image:

Finally, make note of the IP address of Docker Machine running the registry:

Create a new Docker Machine that will be our default development environment:

Configure the Docker Engine to point to the private insecure registry:

Open /var/lib/boot2docker/profile in the editor and add the following line.  Make sure that you included the IP address of the Docker Machine hosting the registry:

Optionally, you can run the following single line command to do the same:

Exit from the VM and restart the machine:

Point the Docker CLI to the dev machine:

Pull an image, tag it, and push it the private registry:

This step successfully configured the Docker engine to use the insecure private registry that we created in the previous step.

With the Docker private registry and development machine in place, let’s go ahead and configure Kubernetes. This step assumes that you followed the steps mentioned in the Minikube installation guide.

Check the status of Minikube:

Check if kubectl is correctly configured:

With the testbed in place, let’s now try the entire round trip: Build an image on Docker development machine and deploy it in Kubernetes.

We will push the standard Apache image from the Docker Hub, modify it on the dev machine, commit and push the new image to the local registry.

The same image will be then deployed on Kubernetes.

Pull, tag, and push the image:

Deploy and Run in Kubernetes

Point the Docker CLI to minikube:

When you try to access the Docker engine on minikube, you will get an error about version mismatch between the client and server:

This is where we will take the help of Docker Version Manager. First, let’s check the Docker version on Minikube:

We can capture the server version into a variable, which will be passed to DVM:

Run the following command to switch to the correct version of Docker CLI:

Now you can use the same client to target Docker Dev machine and Kubernetes machine.

Let’s pull the image that we uploaded to the private registry:

Finally, let’s create a Kubernetes deployment and expose the container:

The above command should print “Kubernetes Rocks.”

Let’s clean up by delete the deployment and service:

You can download the scripts for all the steps from GitHub.

This setup has a few caveats: