Tutorial: Create a Docker Image from a Running Container

What we're going to do is deploy a container, for an NGINX server, modify it, and then create a new image from that running container that you can then use to base new containers from.
Jan 17th, 2022 5:00am by Jack Wallen 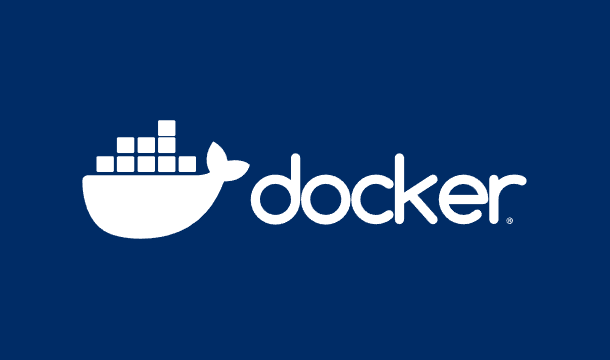 If you’re just beginning your journey with containers, chances are pretty good it will start with Docker. Why? Because Docker actually makes learning and working with container technology pretty easy. If you were instead to jump right into Kubernetes, you’d get lost really fast.

So, most people should seriously consider taking their first steps with Docker. And today, I’m going to walk you through some of the first things you might do with Docker containers. What we’re going to do is deploy a container, for an NGINX server, modify it, and then create a new image from that running container that you can then use to base new containers from.

Why would you do this? Say, for example, you do use NGINX for most of your web-based container deployments. Instead of having to always deploy a new NGINX container and then modify it to meet your baseline needs, you can create a single image that already contains that baseline and avoid a lot of repetitious work.

It’s all in the name of efficiency.

With that said, let’s get to work.

On the off-chance you don’t already have Docker installed, let’s do so. I’ll be demonstrating on my go-to Ubuntu Server (version 20.04). If you use a different distribution of Linux for your container deployments, you’ll need to only modify the installation steps for this process.

To install Docker on your Ubuntu Server, log in and issue the following command:

After the installation completes, add your user to the docker group with:

With Docker ready, let’s create the new container. This will be a very basic web server, using NGINX. The command looks like this:

For those who’ve never worked with Docker, that command does the following:

Creates a new container with the name nginx-base, that runs on internal (guest) port 80 and external (host) port 80, and uses the nginx:alpine image that it will have to pull down from DockerHub.

The command will respond with the container ID, which is a long string of random characters, indicating the deployment was successful. If you open a web browser and point it to the IP address of the hosting server, you should see the NGINX welcome page (Figure A).

Figure A: The NGINX welcome page, as produced by our Docker container.

Now, it’s time to modify our existing container. We’re only going to do a very basic modification (which you can later expand on to your heart’s content). What we’re going to do is create a new index.html page for NGINX to serve.

To do this, let’s create the new page with the command:

In that file, paste the following contents (you can modify it to say whatever you want):

As you can see, the new welcome page will say “Hello, New Stack!“ Anyone that’s created a “Hello, World” application will recognize that immediately.

Remember, our container is called nginx-base. The command to copy index.html to the document root on nginx-base is:

If you refresh the page in your web browser, you should see it now displays the new welcome message (Figure B).

Figure B: Our new welcome message within our running Docker container.

Alrighty then, we have the newly modified (and running) container. How do we create a new image that includes the changes? It’s actually very simple.

First, we commit the changes with the command:

What this will do is create a new image without a repository or tag. List out the current images with the command:

The bottom image is the one we used to create our new container. The top image is the one we just created. Notice that it doesn’t have either a REPOSITORY (the first column) or a TAG (the second column). For this image to be usable, we have to tag it. In order to tag the image, we have to use the IMAGE ID as an identifier, so tag the image (we’ll name it docker-base-image) like this:

Where IMAGE_ID is the actual ID of your new container.

There you go, you’ve created a new Docker image from a running container. Let’s stop and remove the original container. To do that, locate the ID of the original with the command:

With the first 4 characters of the original container ID, stop it with:

Where ID is the first four digits of the original container.

Remove the container with the command:

Where ID is the first four digits of the original container.

You could then deploy a container from the new image with a command like:

Refresh your web browser and you should, once again, see the new Hello, New Stack! welcome page. The new image includes our modifications to the index.html page, so every container created from it will reflect that change.

And that’s how easy it is to create a Docker image from a running container. This skill will come in very handy (especially as you build on it as you go).

SHARE THIS STORY
RELATED STORIES
Entrepreneurship for Engineers: Building for Customers’ Love MicroK8s and Portainer: The Easiest Way to Deploy an App on Kubernetes How Capital One Performs Chaos Engineering in Production 5 Best Practices for DevSecOps Teams to Ensure Compliance Platform Engineering Won’t Kill the DevOps Star
NGINX is a sponsor of The New Stack.
TNS owner Insight Partners is an investor in: Docker.
SHARE THIS STORY
RELATED STORIES
Kubernetes App Deployment from the Command Line Docker Swarm, a User-Friendly Alternative to Kubernetes What TNS Readers Want in 2023: More DevOps, API Coverage Dig Security: One Tool for Multicloud Data Security Data, Analytics and AI: What Will Happen in 2023
THE NEW STACK UPDATE A newsletter digest of the week’s most important stories & analyses.
The New stack does not sell your information or share it with unaffiliated third parties. By continuing, you agree to our Terms of Use and Privacy Policy.