Tutorial: Deploy a Full-Stack Application to a Docker Swarm

Here is everything you need to do to scale up an application across multiple nodes, using Docker Swarm.
Sep 12th, 2022 1:00am by Jack Wallen 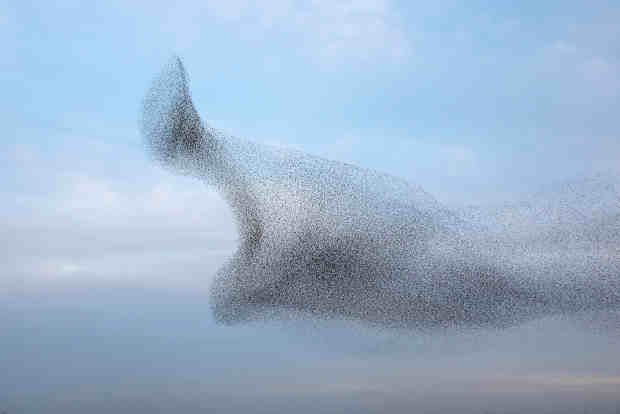 Once you have your Docker Swarm running, make sure to verify all the nodes are connected and ready by running the command (on the controller):

In the output, you should see something like this:

If all nodes are listed as Ready and Active, you’re okay to deploy to the stack. If not, you’ll need to troubleshoot why until each node is listed as such.

With the Swarm up and running, your next task is to deploy a local Docker registry. Fortunately, there’s a container image that was created specifically for that purpose. On the Docker Swarm controller node, deploy the registry with the command:

If you issue the command docker service ls, you should see the registry listed as such:

Note that the ID of your service will not be the same as you see above (the random string of characters in the first column). As you see it listed, you’re good to go. You can also verify that the registry was successfully deployed by issuing the command:

If the only output you see is {}, everything is running as expected.

Guess what we’re going to create? If you guessed “Hello World,” you are correct. Create a new directory to house the project with:

Change into that new directory with:

First, we’re going to create a Python file, named app.py with the command:

Next, we’re going to create a requirements file with:

In that file, add the following:

Now, we’ll create our Dockerfile with the command:

In that file, paste the following contents:

Finally, create a docker-compose.yml file with:

With all the pieces in place, we can now deploy the stack to our Docker Swarm. However, before we do that, let’s test it to make sure it works with:

If you get the error that the docker-compose command isn’t found, install it (on an Ubuntu-based distribution) with:

Once the deployment is complete, test the app with:

Run it again, and the output will be:

Take down the app with the command:

Deploy the App to Docker Swarm

For our next trick, we’ll deploy the app to our Docker Swarm. Before we do, we must first push the newly generated image to our local registry with:

At this point, our text image is available to our local registry and can be used to deploy to the Swarm. We can deploy the stack with:

Verify the stack is running with:

The output of the above command should look like this:

Congratulations! You’ve just deployed a full stack application to a Docker Swarm. You can take that stack down with the command:

SHARE THIS STORY
RELATED STORIES
Agent-Based vs. Agentless Security: Which Approach Is Better? Choosing the Right Container Native Storage for AWS Public Cloud 4 Cloud Security Considerations for Financial Services Firms Kubernetes for Windows Kinsing Malware Targets Kubernetes
TNS owner Insight Partners is an investor in: Docker.
SHARE THIS STORY
RELATED STORIES
MicroK8s and Portainer Is The Easiest Way to Deploy an Application on Kubernetes Crossplane: What Most People Get Wrong (and How to Get It Right) Kubernetes App Deployment from the Command Line 4 Cloud Security Considerations for Financial Services Firms The Top 4 Threats to Securing Your Cloud Infrastructure
THE NEW STACK UPDATE A newsletter digest of the week’s most important stories & analyses.
The New stack does not sell your information or share it with unaffiliated third parties. By continuing, you agree to our Terms of Use and Privacy Policy.