The GlusterFS network file system is perfectly suited for various use cases that require the handling of large amounts (think petabytes) of stored data.
Nov 6th, 2020 10:32am by Jack Wallen 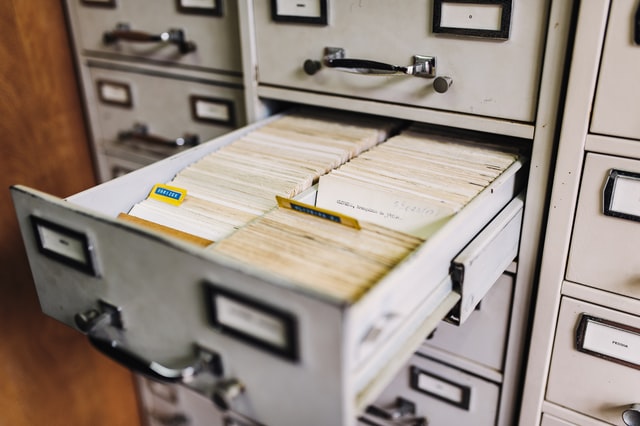 Of course, how you use GlusterFS with your cloud implementation will depend on which cloud platform you are using. But before you can roll it into your system, you first must get this networkable storage up and running.

I’m going to walk you through the process of deploying a three-node GlusterFS cluster on Ubuntu Server 20.04. To make this work you’ll need three instances of Ubuntu. For my purposes those will have the following hostnames and IP addresses:

You will want to change the IP addresses to match your network topography.

After spinning up your instances of Ubuntu, the first thing you want to do is update and upgrade each. You can do that (on all three) with the following two commands:

If the kernel gets upgraded in any of these instances, you’ll want to make sure to reboot the server (so the updates get applied).

After you’ve upgraded, you’ll then want to set the hostname for each. This can be done with a handy command like so:

Where NAME will be gluster1, gluster2, and gluster3.

Next, we need to map the addresses in the /etc/hosts file. Open that file (on each server) for editing with the command:

Map those addresses by adding the following at the bottom of the file:

With the release of Ubuntu Server 20.04, GlusterFS is now found in the standard repositories. So to install the software, go back to the terminal window and issue the command:

Make sure to install GlusterFS on gluster1 and gluster2.

After the installation completes, start and enable GlusterFS on each server with the following two commands:

Now that your servers are ready and GlusterFS is installed, it’s time to configure gluster. On gluster1, create a trusted pool with the command:

Verify the status of the two peers with the command:

You should see that gluster2 is connected (Figure 1).

Figure 1: Our gluster1 and gluster2 servers are connected.

Let’s create a new directory for GlusterFS (on both gluster1 and gluster2) with the command:

With the directory created, we can now create the volume (named v01) that will replicate on both gluster1 and gluster2. The command for this is:

You will be prompted to okay the creation. Type “y” to allow the creation of the new distributed volume. Once that succeeds, start the volume with the command:

You can verify the creation with the command:

Installing the GlusterFS Client and Connecting to the Distributed Volume

It’s now time to install the GlusterFS client. We’ll do this on gluster3. For this, issue the command:

Create a new mount point for GlusterFS on gluster3 with the command:

We can now mount the distributed file system with the command:

Finally, you’ll want to make sure the distributed file system is mounted at boot. To do this, you’ll need to edit the fstab file with the command:

At the bottom of that file, add the following:

With all of this in place, we can now test the GlusterFS distributed file system. On gluster1 issue the command:

On gluster2 issue the command:

Move over to gluster3 and create a test file with the command:

You should see thenewstack appear in both directories on gluster1 and gluster2 (Figure 2).

Figure 2: The test file has appeared on gluster1.

And there you go, you now have a GlusterFS distributed file system up and running. You should now be able to integrate this into anything that requires a high-volume file system that offers plenty of features that can satisfy many of your cloud and container needs.

SHARE THIS STORY
RELATED STORIES
Choosing the Right Container Native Storage for AWS Public Cloud The Top 4 Threats to Securing Your Cloud Infrastructure Kubernetes Needs to Take a Lesson from Portainer on Ease-of-Use Crossplane: What Most People Get Wrong (and How to Get It Right) Kinsing Malware Targets Kubernetes
TNS owner Insight Partners is an investor in: The New Stack.
SHARE THIS STORY
RELATED STORIES
Agent-Based vs. Agentless Security: Which Approach Is Better? What Is the Docker .env File and How Do You Use It? What Trouble Awaits Cloud Native Security in 2023? Swarm, a User-Friendly Alternative to Kubernetes Entrepreneurship for Engineers: Building for Customers’ Love
THE NEW STACK UPDATE A newsletter digest of the week’s most important stories & analyses.
The New stack does not sell your information or share it with unaffiliated third parties. By continuing, you agree to our Terms of Use and Privacy Policy.