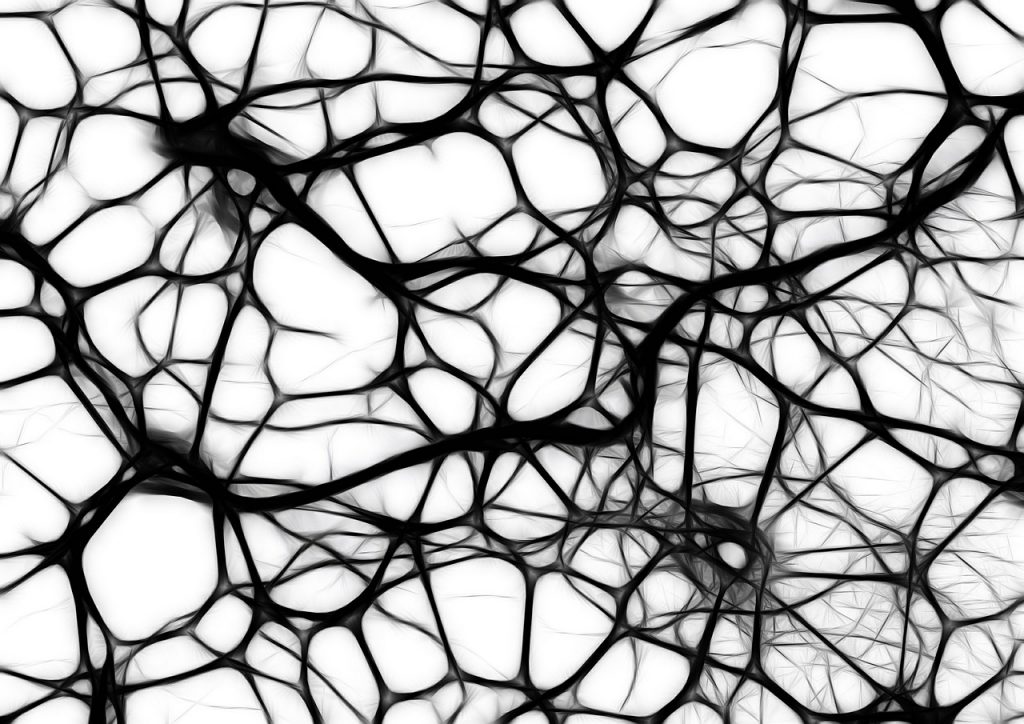 Google Cloud Run is a serverless environment to run containers. For the background and context of this latest Google Cloud Platform (GCP) service, refer to my previous article.

In this tutorial, we will deploy a web application based on Node.js and MongoDB to the Cloud Run platform. Since Cloud Run is meant to host and scale stateless web applications, we will use mLab service to persist data. Since both mLab and Cloud Run are serverless, we just need to focus on the code and business logic instead of worrying about the infrastructure.

There are two steps involved in this workflow: provisioning an mLAB Mongo database instance, and deploying code to Cloud Run. This tutorial assumes you have an active account on Google Cloud Platform with the CLI and SDK installed on your development machine. You also need Docker Desktop to build images locally.

mLab offers a managed MongoDB database as a service. It has a free plan called Sandbox that provides 500MB of storage to run a database instance for development and testing. It is a shared database server process running on a shared virtual machine, good enough for our prototype.

mLab instances can be deployed in multiple cloud platforms including GCP. Refer to the documentation on creating a database within GCP. Make sure that you launch the instance in us-central1 (lowa) region. This is the same region where our web app will be deployed. Since both the services are running in the same region, the latency is minimal.

Below is the screenshot of the mLab database service that I launched for this tutorial. Make sure your instance looks similar. Keep the connection string handy which is needed for the next step.

Start by cloning the Github repo that has the sample MEAN web application. We will then build a Docker image and push it to Google Container Registry (GCR).

Navigate to the root of the repo to find the Dockerfile. We will use this to build the image locally.

Run the below commands to set the environment. This initializes all the variables required to build and deploy the service. Ensure you are replacing the placeholders with appropriate values.

The above commands install the Cloud Run CLI followed by configuring the local Docker environment with Google Container Registry credentials.

It’s time for us to build the container and push it to GCR.

Verify that the image is available in GCR by running the below command:

With the database and container image in place, let’s go ahead and deploy the web application.

You can retrieve the running services with the below command:

You can also explore the service configuration from the GCP Console. 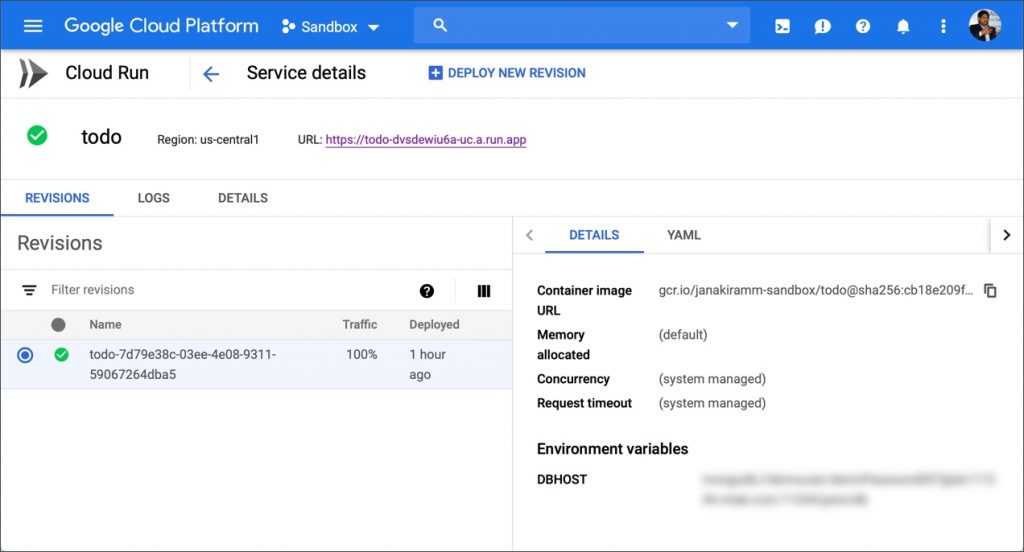 Clicking on the URL takes us to the web application. 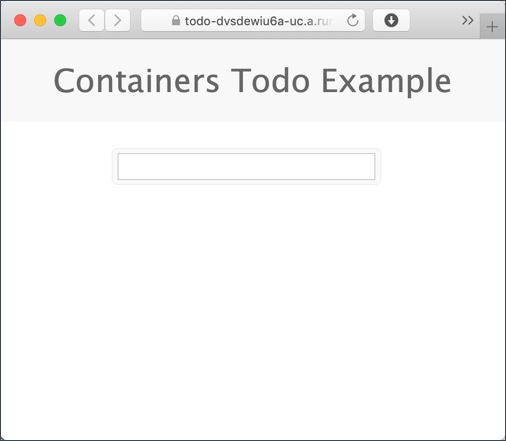 Cloud Run services can also be deployed on existing GKE clusters. They act like typical Kubernetes Pods with access to resources available within the cluster. In the next part of this tutorial, I will demonstrate how to access stateful services running in a GKE cluster from a Cloud Run service. Stay tuned.