Tutorial: Install a Highly Available K3s Cluster at the Edge 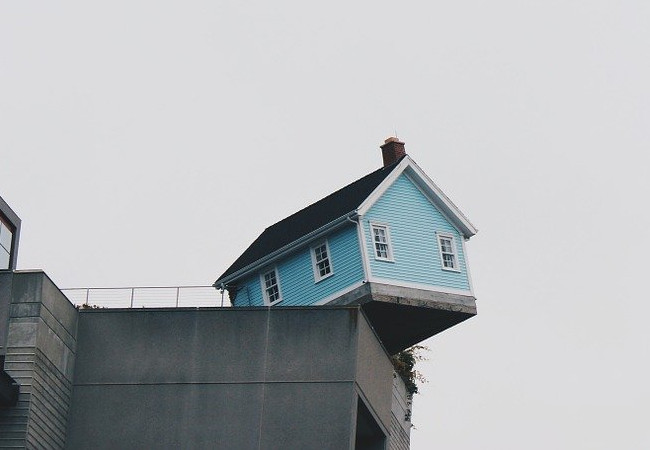 This is the last part of the tutorial in the K3s series. In the previous tutorial, we have seen how to set up a multinode etcd cluster. We will leverage the same infrastructure for setting up and configuring a highly available Kubernetes cluster based on K3s.

It is important that the etcd database is configured in HA mode to ensure that there is no single point of failure. There are two options for configuring the topology of a highly available (HA) Kubernetes clusters that depend on how etcd is setup.

Each control plane node creates a local etcd member and this etcd member communicates only with the kube-apiserver of this node. The same applies to the local kube-controller-manager and kube-scheduler instances. 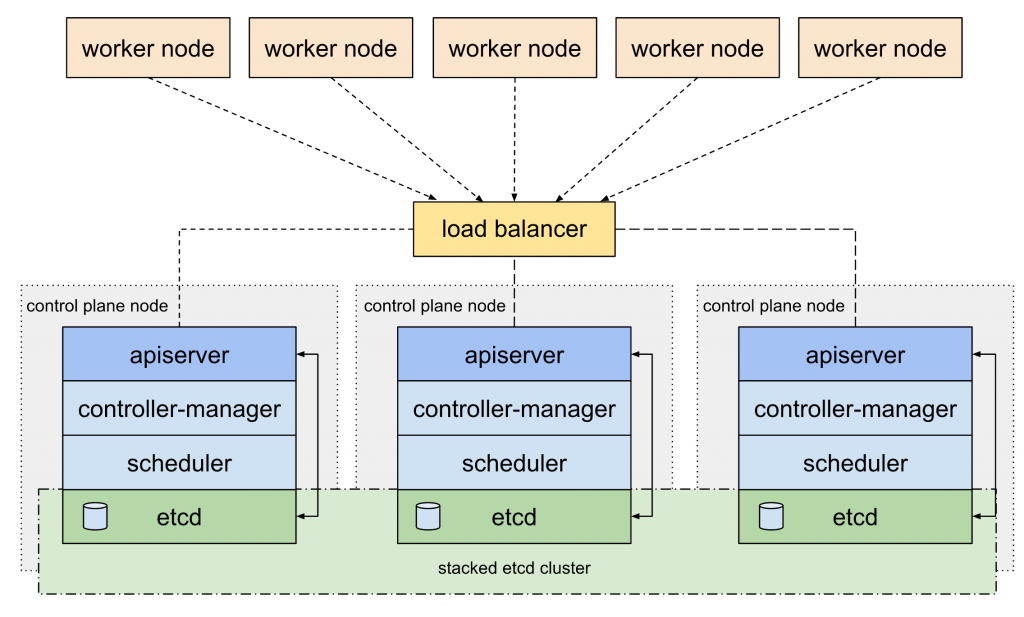 The second topology uses an external etcd cluster installed and managed on a completely different set of hosts. 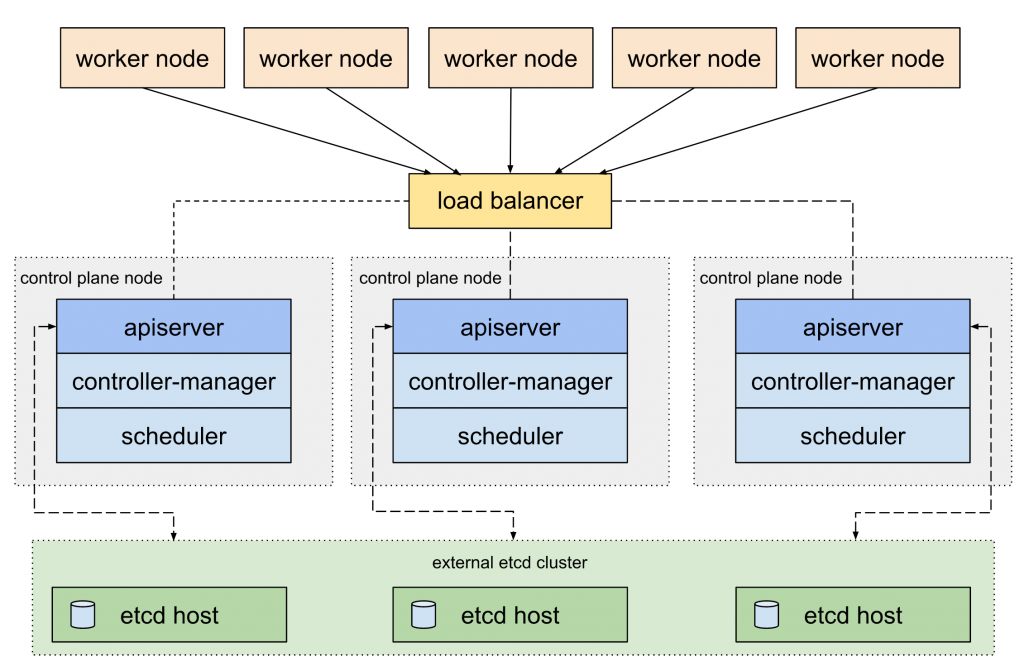 For more information on bootstrapping a cluster, refer to the official Kubernetes documentation.

K3s in a Highly Available Mode

Since K3s is mostly deployed at the edge with limited hardware resources, it may not be possible to run the etcd database on dedicated hosts. The deployment architecture closely mimics the stacked topology except that the etcd database is configured beforehand.

For this walkthrough, I am using bare-metal infrastructure running on Intel NUC hardware with the below mapping:

Let’s start by installing the servers in all the nodes where etcd is installed. SSH into the first node, and set the below environment variables. This assumes that you followed the steps explained in the previous tutorial to configure the etcd cluster.

Next, we will populate the K3S_TOKEN with a token that’s used by the agents to join the cluster.

We are ready to install the server in the first node. Run the below command to start the process.

Repeat these steps in node-2 and node-3 to launch additional servers.

At this point, you have a three-node K3s cluster that runs the control plane and etcd components in a highly available mode.

You can check the status of the service with the below command:

With the control plane up and running, we can easily add worker nodes or agents to the cluster. We just need to make sure that we use the same token that was associated with the servers.

SSH into one of the worker nodes and run the commands.

The environment variable, K3S_URL is a hint to the installer to configure the node as an agent connected to an existing server.

Finally, run the same script as we did in the previous step.

Check if the new node is added to the cluster.

Let’s make sure that the K3s cluster is indeed using the etcd database for state management.

We will launch a simple Nginx pod in the K3s cluster.

The pod spec and the status should be stored in the etcd database. Let’s try to retrieve that through the etcdctl CLI. Install the jq utility to parse the JSON output.

Since the output is encoded in base64, we will decode it via the base64 tool. 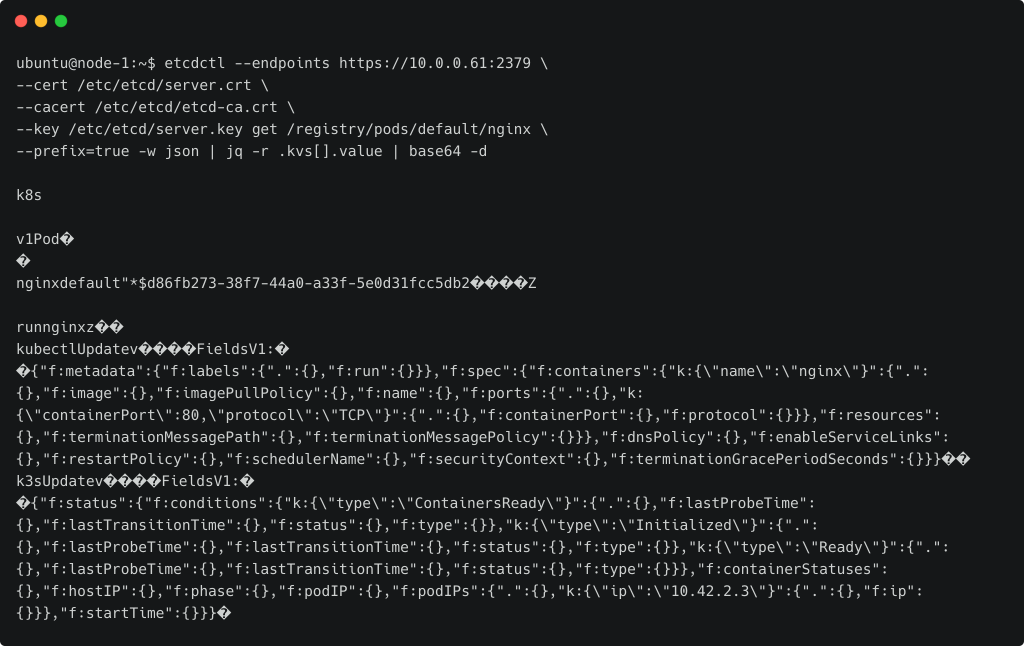 The output shows that the pod has an associated key and value in the etcd database. The special characters are not shown correctly but it does show us enough data about the pod.

This tutorial series demonstrates how to set up and configure Rancher Labs’ K3s at the edge in a highly available mode.

SHARE THIS STORY
RELATED STORIES
Improve the Quality of Your APIs with Spectral Linting Kubernetes for Windows Learning Storage and Retrieval with a Hash Function Snack Stack: Turning Winter Comfort Food up to 11 Entrepreneurship for Engineers: Building for Customers’ Love
SHARE THIS STORY
RELATED STORIES
Here’s How to Tame Your API Sprawl — and Why You Should A Platform Team Product Manager Determines DevOps Success Crypto Winter Puts Dampener on Web3 Developer Growth Learning Storage and Retrieval with a Hash Function C++ 23 Standard Won’t Have a Key Parallelism Feature
THE NEW STACK UPDATE A newsletter digest of the week’s most important stories & analyses.
The New stack does not sell your information or share it with unaffiliated third parties. By continuing, you agree to our Terms of Use and Privacy Policy.