Typescript vs. React. Discover what the differences and similarities are between these two languages and when to use them.
Aug 9th, 2022 3:00am by John Ross 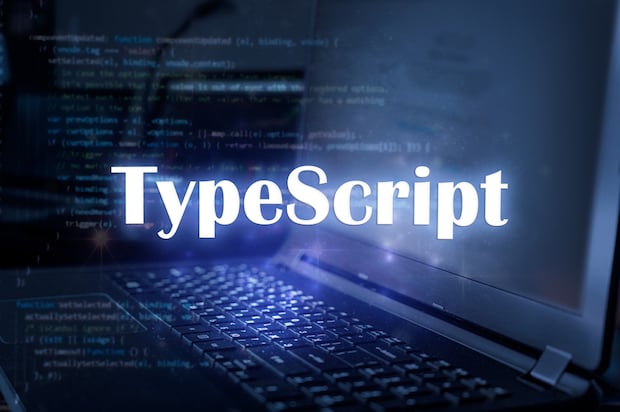 No matter the sports team, a star player always emerges and receives the most attention. However, no star player can win games alone. Complementary players set the stage for winning plays. In football, an offensive line allows quarterbacks, running backs, and receivers to gain yardage and score touchdowns. In basketball, the power forward who always gains an important rebound or the defensive-minded guard allows a playmaker to score the game-winning goal.

What is Typescript? Let’s find out.

As with many star players, JavaScript has a few issues that impact performance and your ability as a developer. Complementary players such as TypeScript and React overcome issues that can lead to errors and offer the tools that enable success with JavaScript.

While dynamic typing gives JavaScript flexibility and agility by delaying the assignment of a type to all variables until the code runs, it also opens the door to errors caused by using variables that have the wrong types for some commands. Even with invalid type arguments or mismatched data, JavaScript blissfully compiles.

Type checking in JavaScript happens at runtime based on the variable’s value at the time. Any detected errors result in an alert that grants the developer an opportunity to fix the code before a crash occurs. Unfortunately, another issue also affects performance. As a weakly-typed language, JavaScript enjoys variable-type agreement freedom. This freedom encourages the type checker to make assumptions about variable types. Assumptions about variable typing can create a cascading effect that begins with misinterpretation, continues without generating an error, and concludes by introducing bugs into production environments.

JavaScript’s roots trace back to client-side and server-side programming.  Yet, as time progressed and applications turned to enterprise-level object-oriented programming, the bulky, complex code of JavaScript could not fit the bill. Microsoft developed the open-source, object-oriented programming language Typescript to change the game. All the good elements of JavaScript incorporate into TypeScript and improved the model to serve enterprise-level needs.

The answer to this question rests within the use of static typing within TypeScript.  In contrast to the dynamic typing seen with JavaScript, static typing allows programmers to detect errors while typing the code. TypeScript also eliminates the errors associated with the false assumptions that occur with JavaScript. With the type information added to the code, a programmer can also use an Integrated Development Environment (IDE) and the build process to check the types. As a result, all the power contained within JavaScript becomes more efficient… without the risk.

Another key point emphasizes the differences between JavaScript and TypeScript. While JavaScript is weakly typed, TypeScript is strongly typed. As a result, Typescript allows developers to declare variables and data structures as specific and encourages enterprise-wide development with strong typing. TypeScript’s type support enhances the flexibility — and reliability — of JavaScript through interfaces, hybrid types, enums, access modifiers, and other tools.

TypeScript also complements JavaScript by supporting the European Computer Manufacturers Association Script (ECMAScript) 2022 general-purpose programming language standards. The impact of this support becomes apparent through the ability to use the most current ECMAScript features while maintaining compatibility with older features. Developers can use modules, classes, and lambda functions without sacrificing backward compatibility with older versions of JavaScript runtimes.

JavaScript allows programmers to change the behavior of web pages. A programmer can create, style, append, and remove elements to change content and achieve interactivity. However, constructing web pages that attract and engage users is only part of the formula needed to win in a new user-interface, mobile-intensive environment. Users seek — and expect — easy access to information and unforgettable web experiences.

React Native operates similarly to React but provides a hybrid mobile app development framework for mobile applications. While heavy lifting occurs in native modules for iOS and Android, programmers can write code with JavaScript and then share the code across platforms.

Unlike TypeScript, though, React is not a language. Instead, React is a JavaScript Library constructed around predictability, power, and efficiency for building user interfaces. React works with different IDE tool suites that provide a framework of integrated code editors, compilers, debuggers, code libraries, automation tools, and test platforms.

Speed wins. Rather than using the data inputs and outputs in the Document Object Model (DOM), React utilizes the virtual DOM to improve user experiences. While the DOM relies on a server to update possibly thousands of elements in the DOM tree of a document, React uses the virtual DOM to update even the smallest of changes a user applies without impacting the remainder of the interface. With this approach, Reach speeds updates increases performance and facilitate faster programming.

Typescript Versus React: Who Wins?

Friendly competition between players refines skills on the practice field or on the court. Coaches seek the best combination of skills to establish a winning edge when constructing a team. In football, for example, a coach may place an offensive lineman who uses physical size and strength to overwhelm opponents next to another offensive lineman who utilizes technique and intelligence to set a block.

Typescript and React take different paths to complement JavaScript through reliability, flexibility, reusability, and versatility. For just a moment, let’s highlight a few key differences between the two players.

TypeScript Versus React — A Comparison

Although a TypeScript versus React scenario may seem possible, the React framework maintains neutrality by providing an option to use either JavaScript or TypeScript for React applications. Because TypeScript reduces the chances for errors, code libraries become much easier to use.

In addition, the React library supports the type definitions seen with TypeScript and provides data binding. As a result, a developer can track changes made to different data segments. Programmers may also take advantage of the reliability offered through TypeScript when reusing components from one project to the next.

SHARE THIS STORY
RELATED STORIES
Google Roadmap: Flutter to Integrate with JavaScript, Wasm What Rust Brings to Frontend and Web Development Learning Storage and Retrieval with a Hash Function A Leg-endary Year: Top 5 Internet Technology Stories of 2022 An Inside Look at What GitLab’s Web IDE Offers Developers
SHARE THIS STORY
RELATED STORIES
Angular vs. React: How to Choose the Right Framework for You A Leg-endary Year: Top 5 Internet Technology Stories of 2022 Netlify Acquires Gatsby, Its Struggling Jamstack Competitor The 'S' Word: How Frontend Developers Can Embrace Security Anil Dash on Mastodon Joining Fastly’s Open Source Program
THE NEW STACK UPDATE A newsletter digest of the week’s most important stories & analyses.
The New stack does not sell your information or share it with unaffiliated third parties. By continuing, you agree to our Terms of Use and Privacy Policy.