The U.S. government has banned the export of cutting-edge chips, including artificial intelligence chips and specific GPUs from companies like AMD and Nvidia, to China.
Oct 24th, 2022 6:00am by Agam Shah 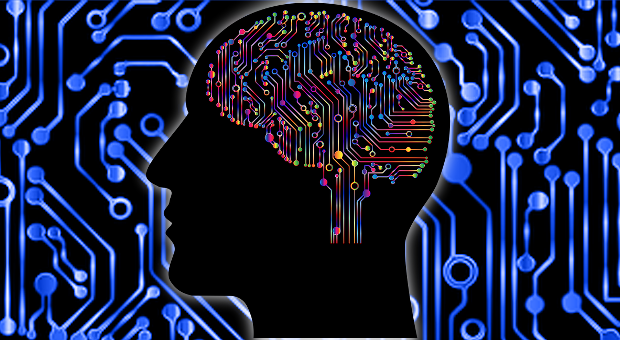 The U.S. government has taken aggressive steps in recent weeks to choke China’s efforts to move ahead in AI while also boosting the domestic computing infrastructure for supercomputing and artificial intelligence.

The U.S. government has banned the export of cutting-edge chips, including specific GPUs from companies like AMD and Nvidia, to China.

The ban cuts off China’s access to artificial intelligence chips and software originating in the U.S. The U.S. government hopes the ban will stall China’s quick advances in AI, which is a national priority.

The ban on GPU exports will also limit the ability for Chinese entities to program advanced AI software through Nvidia’s CUDA parallel programming framework. CUDA allows programmers to write software that takes advantage of advances in GPUs for faster processing of AI programs.

“The strength of the combined offering of CUDA software and Nvidia hardware goes a long way toward explaining why Nvidia accounts for 95% of AI chip sales in China,” said the Center for Strategic and International Studies, in a research note published recently, citing numbers from Fubon Securities Investment Services.

The U.S. government is also cutting off access to Nvidia’s latest GPUs that include the Hopper architecture, which was announced this year.

The ban, which is constantly being modified, also places restrictions on exporting software that enables the operation of hardware. That means there could be a ban on CUDA itself, though that’s yet to be determined. Nvidia’s Enterprise AI software suite, which helps organizations write AI applications for vertical industries, is based on CUDA.

Nvidia in the coming months is expected to release the next version of CUDA, version 12, which is designed to harness the computing power of Hopper. Chinese companies will be able to use CUDA 12 on older GPUs like the Ampere-based A100, but the AI applications will run slower.

Nvidia will not ship its A100 and H100 chips to China, which could slow down adoption of CUDA. AMD’s open source parallel programming framework, called ROCm, could be a beneficiary as it doesn’t lock down AI software to its GPUs.

Chinese entities could alternatively move over the parallel frameworks like OpenCL, which is open source and managed by The Khronos Group. AI tools like TensorFlow and Pytorch are open source and can be used freely. CUDA-specific code can also easily be stripped from programs using tools like SYCLomatic, which migrates and automates code for execution across a range of CPUs, GPUs and FPGAs.

In the long run, the Chinese aim to cut dependency on U.S.-based chips and software tools. Chinese universities and companies are abandoning x86 and developing chips based on the RISC-V architecture, which is an open source instruction set architecture that is free to license.

China has tried to but struggled to develop, homegrown cutting-edge chips to be as advanced as those made by Intel and Nvidia. At the Hot Chips summit in August, a China-based startup called Biren Technology talked about its latest GPU made using the 7-nm process, indicating that it was getting closer in developing accelerators for AI applications.

Earlier this month, researchers from the Chinese Academy of Sciences — which is on the U.S. Entity List — shared a methodology on how Chinese researchers used an agile development method to design its XiangShan RISC-V chip. The iterative approach was similar to how cloud-native companies use DevOps to write and deploy code. But the paper showed the heavy reliance on FPGA technology from companies like Intel and AMD, which can prototype RISC-V chips before production.

Nvidia once considered China an important market, holding its annual GTC conference in the country. The company in 2009 established the Chinese Academy of Sciences as a CUDA center of excellence. In 2011, the Chinese Ministry of Education made CUDA a part of technology education, and research papers have since been published on CUDA’s use in Chinese industries.

The U.S. government has also cut off China’s access to the latest software tools for the development of cutting-edge chips. EDA (electronic design automation) tools are necessary in the early part of chip manufacturing — the software allows chip designers to simulate and test a digital copy of the chip, which then helps finalize a physical product for production in a factory.

The U.S. goal is to shut down access to tools from companies like Synopsys and Cadence, which dominate the market.

Open-source EDA tools such as Google’s OpenROAD are available, but they are mostly used for chip design on older manufacturing nodes.

The restrictions are based on a Foreign Direct Product Rule, which has also been invoked to ban exports of technology products to Russia after it invaded Ukraine. The FPDR was previously invoked to deter U.S. companies from doing business with Huawei, whose products are considered a threat to national security.

The export control measures come amid a flurry of moves by the U.S. government to strengthen the domestic semiconductor production, research and supply chain. U.S. President Joe Biden recently signed into law the U.S. Creating Helpful Incentives to Produce Semiconductors (CHIPS) for America Act, which opens up more than $50 billion in public funding to boost the U.S. chip infrastructure.

The CHIPS Act has two components focused on chip manufacturing and R&D. The chip manufacturing initiative opens up $28 million in incentives to a handful of companies that may include Intel, TSMC and Samsung to build advanced chip factories in the U.S. Intel and TSMC are establishing fabrication plants near Phoenix, Ariz., while Samsung is building a plant in Texas. An additional $10 billion in funding is for chip manufacturing firms such as Texas Instruments to establish factories on older nodes for chips that go into everyday electronics and cars.

The remaining funding of about $11 billion will go into the research and development of manufacturing, materials and chip development technologies. The National Institute of Standards and Technology, which is a part of the U.S. Department of Commerce, is administering the CHIPS Act programs.

NIST’s CHIPS Program Office is now welcoming public input for the manufacturing and research and development initiatives. The input is related to structuring the funding, reducing chip counterfeiting, and protecting taxpayers by ensuring the incentives aren’t used for corporate purposes like stock buybacks, which has been rampant with technology firms.

NIST is also welcoming public input on establishing the Manufacturing USA Institutes, which is an effort to promote joint private-public collaboration on the latest materials, chips, computing and software technologies. The government is also establishing the institutes as a mechanism for government agencies like DARPA to develop and test out the latest chips it may use in equipment like fighter jets.

Intel has already signaled its willingness to boost academic research on chips. The company has announced it would open up factories for researchers and academic institutions to get physical versions of chips that were designed in EDA tools. Intel is providing access to the process development kit, which will help academics design chips for Intel’s manufacturing nodes, which will be then produced in factories.

“Our intention is to create both a collaborative and a competitive environment. Think of it like the DARPA Challenge for autonomous driving. This is kind of like the silicon challenge. We’re trying to encourage all the professors in universities to collaborate together on research but also to build the very best IP,” said Bob Brennan, vice president and general manager of Intel Foundry Services’, customer solutions engineering.

Agam Shah has covered enterprise IT for more than a decade. Outside of machine learning, hardware and chips, he's also interested in martial arts and Russia.
Read more from Agam Shah
SHARE THIS STORY
RELATED STORIES
4 Reasons DevOps Engineers Still Rely on Hypervisors  Tips to Make Your On-Call Process Less Stressful Intel Invokes Linus Torvalds to Push Software Tools It Is Time for Businesses to Build Their Own Microprocessors Intel CEO Sheds Light on Emerging Software Strategy
SHARE THIS STORY
RELATED STORIES
One Man's Dream to Build a Working SpaceX-Style Model Rocket Google Inks Deal with NIST to Boost Open Source Chips Intel CEO Sheds Light on Emerging Software Strategy Software Developer Tool for Quantum Computers Launching Soon Caliptra: Building Cloud Security from the Chip up
THE NEW STACK UPDATE A newsletter digest of the week’s most important stories & analyses.
The New stack does not sell your information or share it with unaffiliated third parties. By continuing, you agree to our Terms of Use and Privacy Policy.