The Ultimate Logistics Problem: Building the Great Pyramid of Giza 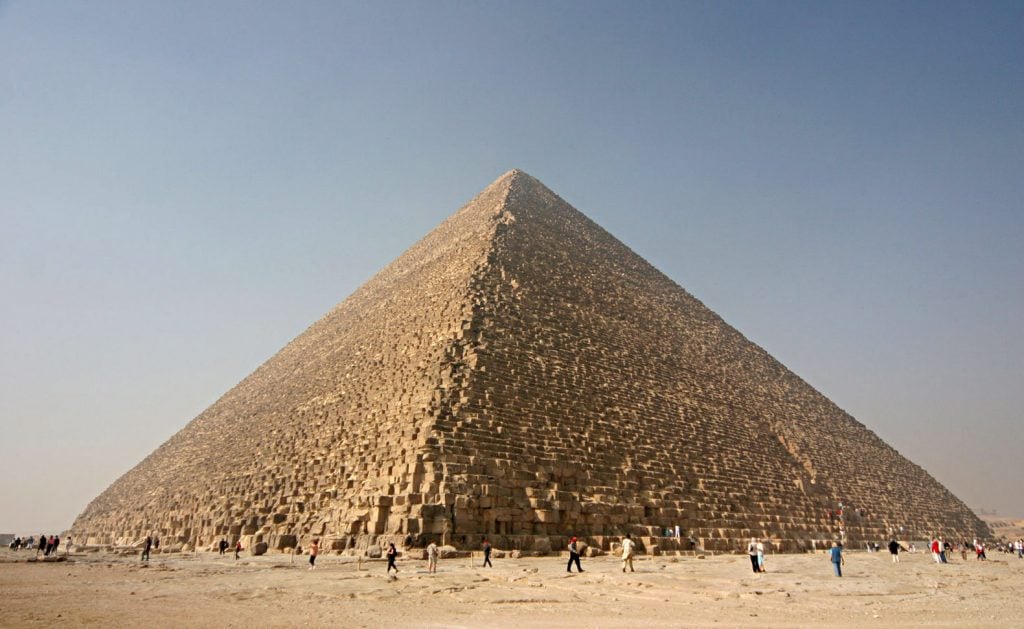 If you thought your projects had impossible constraints and difficult timelines, imagine trying to build the Great Pyramid. Two recent archaeological finds reveal the awe-inspiring logistics involved in the 20-year construction project.

Following a British explorer’s notes from 1823, plus more records from two French pilots in the 1950s, archaeologist Pierre Tallet located 30 different man-made caves in some remote Egyptian hills in 2011 — all of them sealed up (and thus hidden from view). Aided by a modern-day GPS system, he found himself far from any known city and dated the caves around 2600 BC. He re-visited the site for several digs, and in his third year discovered rolls of papyrus, some of which were several feet long.

They were the oldest papyrus rolls ever discovered.

And amazingly, the mysterious ancient records were clearly written by the builders of the Great Pyramid of Giza. They tell the story of Merer, a forgotten overseer for a crew of 200 workers whose job it was to gather supplies.
It’s a question which has long baffled historians. The Great Pyramid of Giza contains 2.3 million individual blocks of stone, meaning one block would have to be laid every five minutes of every hour, 24 hours a day, for the entire 20 years. The problem? Each block weighs at least 2 tons. That’s 1,764,000 pounds of stone being laid every day for 20 years. So how would you move all those rocks?

And though the inner core of limestone blocks came from a nearby quarry, the decorative higher-quality white limestone on the outside had to be transported from across the Nile, while 374,785,846 pounds of pinkish granite was procured from over 500 miles away, according to Forbes.

It’s a task so daunting, Forbes notes, that “Some authors argued that ancient aliens helped in the construction.” Specifically, hotel manager Erich von Daniken, who in 1968 popularized this theory in his book “Chariots of the Gods.” (A 1970 movie adaptation of the book was ultimately nominated for an Academy Award for Best Documentary.) The Australian Broadcasting Corporation tackles the claim on its pseudoscience-debunking page, pointing out that it’s perfectly possible to build a pyramid using a carefully orchestrated team of humans.

Doctor Christiana Kohler, Egyptologist at Macquarie University, explained that by putting rollers under the stones (and by using some oxen), “a gang of eight men can actually handle a two and a half tonnes heavy block.”

There are even paintings on the wall of the tomb of a later Egyptian nomarch showing workers (and not aliens) hauling a statue weighing 58 metric tons on an enormous hand-drawn sled.

But Tallet’s newly-discovered papyrus filled in some crucial details. It describes a team of 200 workers filling their boat with limestone in Tura, and then transporting it up the Nile river to the Great Pyramid’s building site. Tallet had discovered the ancient rolls in the remains of a massive yet orderly boat-storage facility. (Boats may have been stored during the months when the Red Sea was turbulent, then retrieved in calmer seasons). In 2015 Tallet was demurring on calls to make a bold pronouncement on the larger significance of his discoveries. “I really don’t want to be involved in any polemics on the building of the pyramids at Giza,” Tallet explained to Smithsonian, adding “It’s not my job.”

But another find provides even more evidence that the massive stones for the pyramid weren’t dragged but buoyed by boats that could be floated to their proper location — just yards away from their final resting place — using an intricate system of canals.

Last month a new documentary aired on Britain’s public-service TV network with more details. “Egypt’s Great Pyramid: The New Evidence” reports that archaeologist Mark Lehner discovered evidence of a waterway underneath the great Giza plateau. “We’ve outlined the central canal basin which we think was the primary delivery area to the foot of the Giza Plateau,” Lehner told the Daily Mirror.

Researchers also used a 3D laser to scan a ceremonial boat — after restoring it from original wooden planks — to study how the boats were assembled. And more lasers are being used to map the inside of the pyramid without disturbing its structure, leading to new evidence of hidden rooms.

Tallet is convinced the sites he’s found were part of a great supply hub — for food as well as minerals — suggesting the ancient Egyptians viewed shipbuilding as a necessary adjunct for their massive multi-year pyramid-building project. His team also discovered copper-smelting pots — copper at the time being the hardest metal known to man. The Egyptians needed a lot of it to keep cutting those stone blocks.

And if you’re worried about the job satisfaction of these ancient pyramid workers, Tallet challenges the notion that they were slaves. It was apparently very prestigious to be part of the royal boat crews, where the workers were fed with meat, poultry, fish and even beer. Tallet felt the ambition and sophistication of the supply site as reminiscent of Pharaoh Khufu’s whole grand dynasty, and describes the orderly hieroglyphs on the papyrus as being “like Excel spreadsheets of the ancient world — all of it has the clarity, power and sophistication of the pyramids, all the characteristics of Khufu and the early fourth dynasty.”

After its construction, it remained the tallest man-made structure on earth for the next 3,800 years. Originally the Great Pyramid was covered with slanted white “casing” stones which created a brilliant smooth surface. (What’s left today is just the stepped supporting stones which held up those casing stones.) 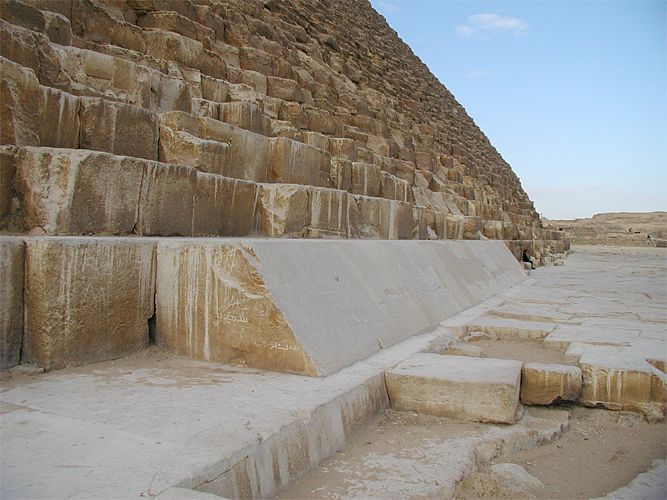 Because the builders carefully considered which type of stone to use, the whole massive structure rests atop a thick bed of limestone. “Other pyramids, built only on sand, collapsed over time,” notes Forbes.

But though there may have been a sense of satisfaction, there was also some ancient bookkeeping. Tallet argues that the papyrus was in the ship-storage caves because ancient managers “would have always traveled with their archives because they were expected always to account for their time.”

SHARE THIS STORY
RELATED STORIES
Snack Stack: Turning Winter Comfort Food up to 11 How We Manage Incident Response at Honeycomb How Will Working in Tech Change in 2023? Java's James Gosling on Fame, Freedom, Failure Modes and Fun Wellspring of Creativity: Why Public Domain Matters
SHARE THIS STORY
RELATED STORIES
Entrepreneurship for Engineers: Avoiding Feature Bloat A Brief DevOps History: The Road to CI/CD How Jit Builds a Platform Engineering Mindset in the Cloud How Will Working in Tech Change in 2023? SRE Housekeeping: Where to Get Started for New Hires
THE NEW STACK UPDATE A newsletter digest of the week’s most important stories & analyses.
The New stack does not sell your information or share it with unaffiliated third parties. By continuing, you agree to our Terms of Use and Privacy Policy.