if a hostile user can create a ClusterIP service and set the spec.externalIPs field, they can intercept traffic to that IP.
Dec 8th, 2020 10:18am by Steven J. Vaughan-Nichols 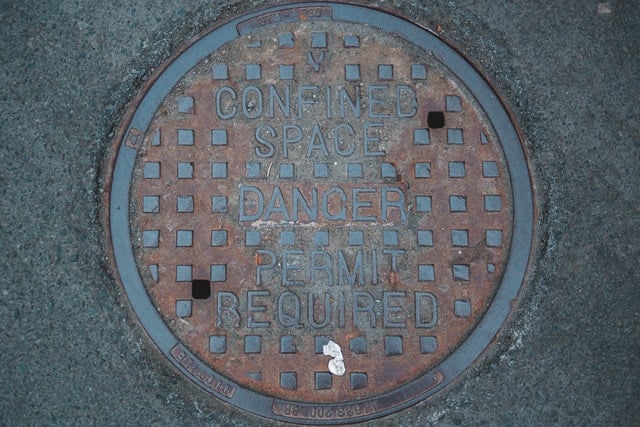 Well, it had to happen eventually. Every now and again — I’m looking at you Intel with your Converged Security Management Engine (CSME) snafu — a security bug shows up that can’t be fixed. Now, it’s Kubernetes‘s turn. Tim Allclair, an Apple software engineer, who also helps oversee Kubernetes security, announced a “security issue was discovered with Kubernetes affecting multitenant clusters. If a potential attacker can already create or edit services and pods, then they may be able to intercept traffic from other pods (or nodes) in the cluster.”

To be exact, if a hostile user can create a ClusterIP service and set the spec.externalIPs field, they can intercept traffic to that IP.  In addition, if a user can patch the status of a LoadBalancer service, they can also grab traffic. Now, the latter is a privileged operation and Joe and Jane User shouldn’t have that right, but, in practice, mistakes are made and it happens.

As Markus Jevring, a software developer asked on Twitter, “Is this even how Kubernetes is intended to be used? Was multitenancy in the same cluster a design-time concern?” No, no it wasn’t. But, as Allclair replied, “Certainly not. But regardless, it’s how it’s being used now, and we’re forced to adapt.”

Unfortunately, as Jerving pointed out in his follow-up, I “just feel like issues like this aren’t security issues. It’s like leaving the house key in the lock and being surprised when you get burglarized.” That’s pretty much right.

And, there’s worse news ahead. As the CVE-2020-8554: Man in the middle using LoadBalancer or ExternalIPs report states: “All Kubernetes versions are affected. Multitenant clusters that grant tenants the ability to create and update services and pods are most vulnerable.”

What’s the answer you ask for this problem. You’re not going to like this, but there’s No Patch for it. Instead, “it can currently only be mitigated by restricting access to the vulnerable features.” Why!? ” Because an in-tree fix would require a breaking change, we will open a conversation about a longer-term fix or built-in mitigation. There’s no word when a fix will be in. It won’t, it appears, be out in time for the next Kubernetes release. There’s not a word about it in the Kubernetes 1.20 changelog.

What you can do is restrict the use of external IPs with an admission webhook container: Here’s its source code and deployment instructions. This prevents services from using random external IPs. Or, you could lock external IPs by using OPA Gatekeeper, with the following sample Constraint Templatecan

Kubernetes isn’t providing a mitigation for the LoadBalancer IPs since granting users patch service/status permission was never a good idea. If, for some reason, you absolutely had to do this, the Kubernetes security team suggests that you lock down LoadBalancer IP using the same general approach for the external IP mitigations.

Put it all together and this has the potential to be a real security mess. But, it’s only being rated at medium severity, 6.3. That’s largely because there aren’t that many multitenancy clusters.

Still, I’d keep an eye on this one. I wouldn’t want to be the sysadmin to discover that my clusters are wide open for snooping between tenants. Would you?

SHARE THIS STORY
RELATED STORIES
Kubernetes Needs to Take a Lesson from Portainer on Ease-of-Use 4 Ways to Use Kernel Security Features for Process Monitoring Rethinking Java @Scheduled Tasks in Kubernetes Install Minikube on Ubuntu Linux for Easy Kubernetes Development How to Simplify Kubernetes Updates and Reduce Risk
Intel is a sponsor of The New Stack.
SHARE THIS STORY
RELATED STORIES
Managing the Cost of Kubernetes Kinsing Malware Targets Kubernetes Kubernetes App Deployment from the Command Line Wasm for the Frontend: A Look at Developer Use Cases How to Simplify Kubernetes Updates and Reduce Risk
THE NEW STACK UPDATE A newsletter digest of the week’s most important stories & analyses.
The New stack does not sell your information or share it with unaffiliated third parties. By continuing, you agree to our Terms of Use and Privacy Policy.