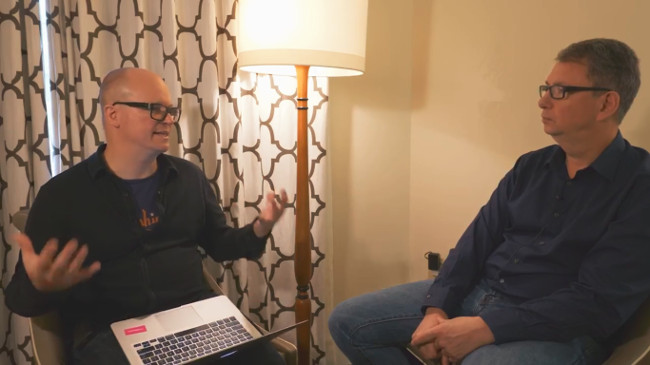 Tortuga is a general purpose cluster-and cloud-management framework that automates the deployment of clusters in local on-premise, cloud and hybrid-cloud configurations through repeatable templates. Lalonde said that Univa had been working on this project for many years. The company was an early player of the cloud game in the HPC space. Univa spun up the first HPC cluster on Amazon Web Services a decade ago. He said that over time, the market evolved to the point where we now see a great deal of interest in hybrid cloud, cloud bursting and independent HPC cloud.

When asked by Williams, Lalonde explained what cloud bursting meant for the company. He said that bursting is taking your on-premise cluster and looking at the peaks and moving those peaks to the cloud. This moving of peaks to the cloud is called bursting. This way organizations can utilize resources, meet peak utilization needs, and save money.

Talking about how project Tortuga fits into the picture, he said they took the work they did on a project called Unicloud and open sourced it as project Tortuga. It’s hosted on GitHub under a permissive Apache license.

Tortuga provides provisioning capabilities to organizations. They can take an on-prem cluster, spin up those nodes in the cloud and get the cloud instances they would need. What Tortuga does is provision the node. Users can bring their own stack that meets the need of on-prem cluster, which can be configured by Tortuga.

We live in the age of multicloud and Tortuga fully supports multicloud. A user can burst into multicloud; they can spin it up in AWS or Azure at the same time.

Data architectures an application infrastructures are starting to intersect. How will HPC workloads be used on cloud services? That’s the question that we’ll be following as the Kubernetes community develops new use cases.