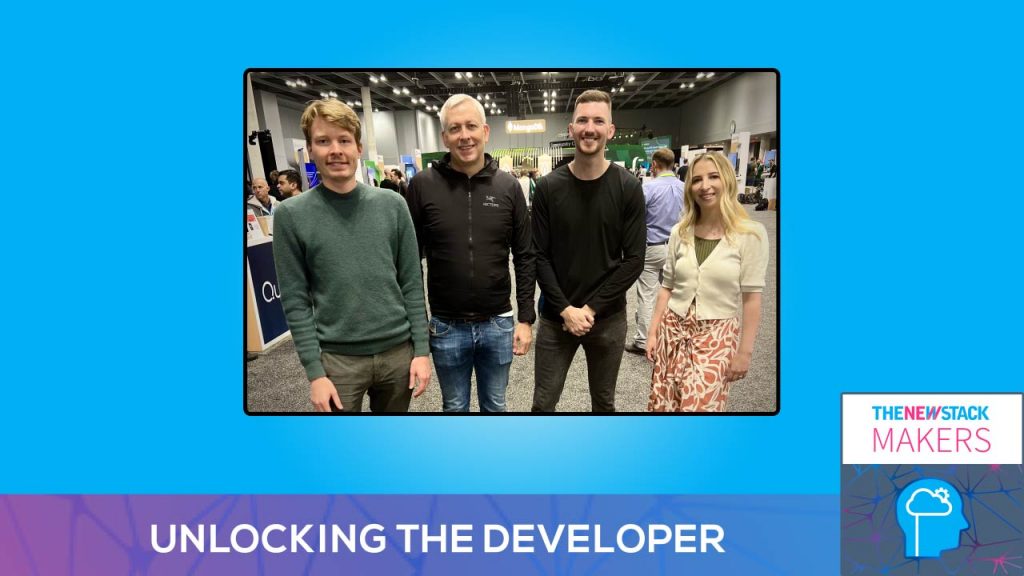 Proper tooling is perhaps the primary key to unlocking developer productivity. With the right tools and frameworks, developers can be productive in minutes versus having to toil over boilerplate code. And as data-hungry use cases such as AI and machine learning emerge, data tooling is becoming paramount.

Apollo GraphQL unlocks developers by helping them build supergraphs, Raysiz said. A supergraph is a unified network of a company’s data services and capabilities that is accessible via a consistent and discoverable place that any developer can access with a GraphQL query. GraphQL is a query language for communicating about data.

“And what’s really great about the supergraph is even though it’s unified, it’s very modular and incrementally adoptable. So you don’t have to like rewrite all of your backend system and API’s,” she said. “What’s really great about the Super graph is you can connect like your legacy infrastructure, like your relational databases, and connect that to a more modern stack, like MongoDB Atlas, for example, or even connected to a mainframe as we’ve seen with some of our customers. And it brings that together in one place that can evolve over time. And we found that it just makes developers so much more productive, helps them shave, shave months off of their development time and create experiences that were impossible before.”

Meanwhile, Robinson touted the virtues of Next.js, Vercel’s popular React-based framework, which provides developers with the tools and the production defaults to make a fast web experience. The goal is to enable frontend developers to be able to move from an idea to a global application in seconds.

Robinson said he believes it’s important for a tool or framework to have good, strong defaults, but to also be extensible and available for developers to make changes such that they do not have necessarily eject fully out of the tool that they’re using, but to be able to customize without having to leave the framework library tool of choice.

“If you can provide that great experience for the 90% use case by default, but still allow maybe the extra 10% power, you know, power developer who needs to modify something without having to just rewrite from scratch, you can get go pretty far,” he said.

When it comes to data tooling, MongoDB is trying to help developers manipulate and work with data in a more productive and effective way, Massingham said.

One of the ways MongoDB does this is through the provision of first-party drivers, he said. The company offers 12 different programming language drivers for MongoDB, covering everything from Rust to Java, JavaScript, Python, etc.

“So, as a developer, you’re importing a library into your environment,” Massingham said. “And then rather than having to construct convoluted SQL statements — essentially learning another language to interact with the data in your database or data store — you’re going to manipulate data idiomatically using objects or whatever other constructs that are normal within the programming language that you’re using. It just makes it way simpler for developers to interact with the data that’s stored in MongoDB versus interacting with data in a relational database.”

Bramer Schmidt said while a truism in software engineering is that code moves fast and data moves slow, but now we are starting to see more innovation around the data tooling space.

“And Mongo is a great example of that,” he said. “Mongo is a database that is much nicer to use for developers, you can express more different data constructs, and Mongo can handle things under the hood.”

Moreover, Prisma also is innovating around the developer experience for working with data, making it easier for developers to build applications that rely on data and do that faster, Bramer Schmidt said.

“The way we do that in Prisma is we have the tooling introspect your database, it will go and assemble documents in MongoDB, and then generate a schema based on that, and then it will pull that information into your development environment, such that you can, when you write queries, you will get autocompletion, and the IDE will tell you if you’re making a mistake,” he said. “You will have that confidence in your environment instead of having to look at the documentation, try to remember what fields are where or how to do things. So that is increasing the confidence of the developer enabling them to move faster.