Solution allows .NET developers to create code for other platforms, including Linux, WebAssembly, iOS, and Android.
Sep 26th, 2022 11:47am by Loraine Lawson 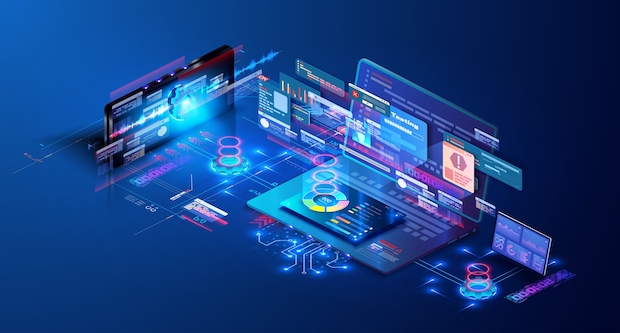 But .NET MAUI is new, with all the potential problems that implies, and it doesn’t support Linux or WebAssembly. Developers impatient for those issues have another option: Uno, an open source UI platform for .NET.

“Fom a single codebase, using C#, we’re able to create a native app for all platforms where .NET runs today,” said Francois Tanguay, CEO of Uno. “Some of our biggest differentiators on the UI side is the fact that we’re able to run on web with WebAssembly, but also run on Linux, for example, on IoT (internet of things) devices.”

Native Apps from One Code Base

Uno works by sitting on top of the native frameworks for each individual platform, Tanguay explained. It bridges the Windows UI as an API to all the native platforms, he said. But it still uses the .NET runtime.

It also runs on the same IDE as Microsoft, so developers can use Visual Studio.

One advantage to Uno’s approach is that the apps are deployed to each platform as a native app. That allows developers to bring in specific native components from third-party vendors into the native app for each platform, he added.

“If there’s something you’re really needed that doesn’t fit the model of being cross-platform, you can bring it into your cross-platform solution for that specific platform; because you are, after all, a native app,” he said. “You can bring in specific native components from third-party vendors or whatever into your native apps on a per-platform basis.”

That isn’t possible with HTML-based conversion tools that wrap the code into a shell and run the UI on a web browser, he said.

Another advantage of a native app, as opposed to a single-page framework app, is that native apps can be deployed through the app stores, Sam Basu, a senior developer advocate at Progress Software and host of .NET Dev Show on Twitch, told TNS.

“Instead of trying to create a pixel-perfect experience that would look the same everywhere, like Flutter does, they took a different spin, where they’re saying, ‘Let’s keep everything native and let’s try to abstract what’s common to iOS to Android, to Windows and to Mac OS,’ and let’s try to abstract that into a single concept,’” he said. “We’ve implemented it so it would look pixel perfect, and look and behave exactly the same on each native platform.”

.NET can run on top of WebAssembly, Tanguay said. Then Uno can sit as the UI framework and render to the browser using .NET for WebAssembly, he explained. Basically, it works just as it does with the other platforms.

“What WebAssembly has done for the masses is it has democratized the development,” Krsmanovic said. “Prior to WebAssembly, even if you look at the W3C, what the recommendations were and whatnot, basically, you had to do JavaScript in order to do web development. That was the way forward, but with W3C declaring WebAssembly the fourth language of the web, that has really unlocked the doors for all other programming languages to participate.”

“To a developer, as long as the button is there, it’s good enough. For a designer, it really matters if it’s two pixels to the left and one pixel to the right, because a lot of thought went into that exact position of that button,” Krsmanovic said. With the code produced by Uno, “there’s no fiddling [and] there’s no negotiating, it becomes a single source of truth of where that button [will] be,” he said.

SHARE THIS STORY
RELATED STORIES
How Web Tech Got This Way and How It May Evolve in the Future Accessibility Is Just Another Functional Test Developers Get a Quick-Start to Coding with Replit IDE Twitter Turmoil: We Need an Open Protocol for Public Discourse Software Developer Tool for Quantum Computers Launching Soon
TNS owner Insight Partners is an investor in: The New Stack.
SHARE THIS STORY
RELATED STORIES
Microsoft Aims to Bring DevOps Discipline to Web3 Accessibility Is Just Another Functional Test Build Your Own Decentralized Twitter, Part 2: Mitigations 'Gatsby Killer' Next-Drupal Brings Headless to Drupal CMS The Latest Milestones on WebAssembly's Road to Maturity
THE NEW STACK UPDATE A newsletter digest of the week’s most important stories & analyses.
The New stack does not sell your information or share it with unaffiliated third parties. By continuing, you agree to our Terms of Use and Privacy Policy.