Up the Stack: A Year-End Review of Serverless, Jamstack and JavaScript

Serverless, Jamstack and Javascript — three cloud native trends that operate "up the stack" for developers — have grown significantly over 2020.
Dec 28th, 2020 10:47am by Richard MacManus 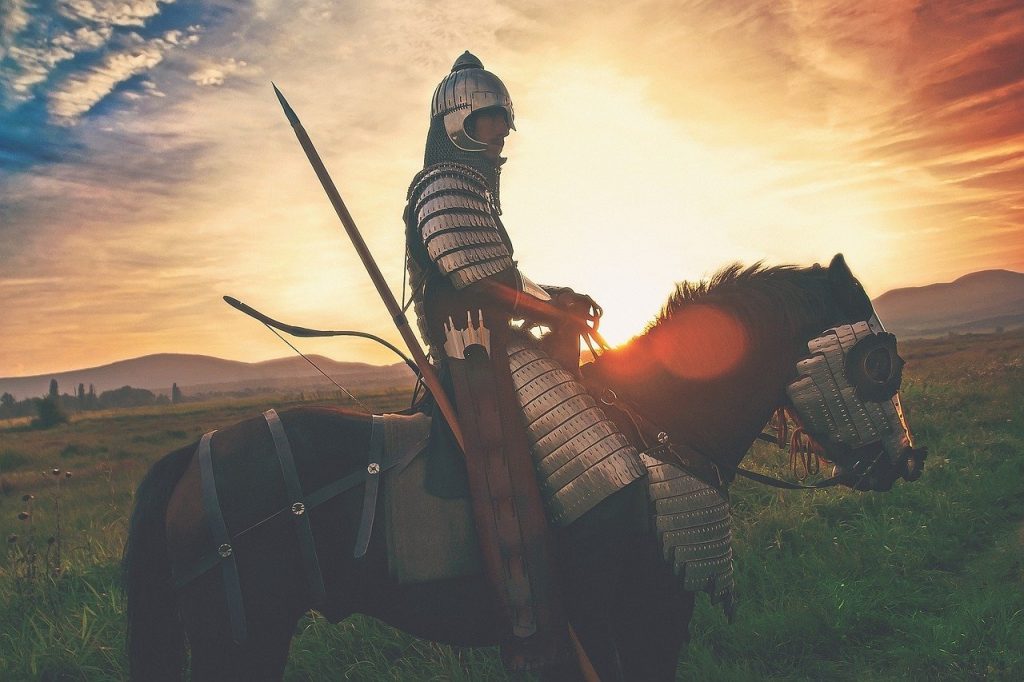 In the kingdom of Cloud Native, the reign of Kubernetes continued throughout 2020. But while there was no challenger to the throne — and the King was sometimes proclaimed to be “boring” — there were some interesting developments further up the royal stack.

Serverless, that upstart knight of the realm who hath declared that infrastructure shall be smited away, gained momentum this year. A heretofore unknown commoner called Jamstack rudely poked the Content Management System nobility (angering Sir WordPress mightily). Meanwhile the ancient fiefdom of JavaScript continued to expand, as frontend and backend developers combined to create a new elite force: the legion of full-stack developers.

I’ll dispense with the medieval metaphors at this point! Let’s now look back at three key developer trends of 2020 — Serverless, Jamstack and JavaScript — and what they portend for 2021.

Serverless is a form of cloud service that aims to make life much easier for developers, by abstracting away the backend infrastructure. The goal is to enable developers to focus purely on the frontend (which has its own layers of complexity, but I’ll get to that in a minute).

A couple of major themes emerged over 2020 with serverless. Firstly, it’s now much more than “Functions as a Service” (FaaS), which is what defined the pioneer in this space from around 2015: AWS Lambda. Secondly, there are now viable projects that aim to take serverless beyond stateless applications (which Lambda is restricted to) and into the world of stateful applications.

Since serverless is so identified with Amazon Web Services (AWS), earlier this year I interviewed AWS senior developer advocate Nader Dabit. Rather than get bogged down in defining what serverless means now, Dabit prefers to think of it as “a development philosophy.”

“Cloud computing just has a really high barrier to entry,” he explained to me, “and I think there’s a […] hunger for frontend developers or developers that are just not into cloud computing, to start using it because of all the benefits that it offers.”

In AWS Lambda, functions are stateless — meaning there can be no record of previous interactions in a Lambda function. But with Cloudstate, an offshoot of cloud native vendor Lightbend, stateful functions are possible. Cloudstate is aiming to build a foundation for what it calls “Serverless 2.0.” It’s doing this, explained Lightbend founder and CTO Jonas Bonér, to enable the development of general-purpose applications in a serverless environment — which includes stateful applications like online banking, e-commerce shopping carts, and messaging.

Roper told me that FaaS is “the first iteration” of removing the backend friction for developers, but that “the next iteration […] is to look at state management, and how to remove that friction; so that a developer can not only be productive on day one, but also producing production-ready code that will scale, that will be resilient, that will be elastic, [and] scale up and down according to their needs.”

Jamstack Takes on WordPress (and the World)

Another trend “up the stack” in 2020 was Jamstack, which is actually a form of serverless — but in this case, applied specifically to web sites and web applications. The “jam” in Jamstack refers to JavaScript, APIs and Markup; the “stack” part refers to cloud computing technologies.

The goal of Jamstack is to decouple the frontend of web development from its backend. During 2020, it was heavily promoted as a way to modernize the management of websites. A new wave of well-funded startups — like Netlify (which coined the term), Gatsby, Strapi and Contentful — positioned themselves as alternatives to legacy systems like WordPress and Drupal.

“Basically all the traditional monolithic CMS’s have really started seeing that this decoupling [of frontend from backend] is a reality and it’s desirable for the developers,” Netlify CEO Matt Biilmann told me in July. “And people who work today directly with WordPress as their whole stack, there’s a lot of dissatisfaction of feeling that you will fall completely behind in what you can actually do on the frontend.”

While Jamstack is enticing for developers and may well offer the benefits that Biilmann outlined, currently JAMstack services fall well short of WordPress for content creators…and indeed anyone else who isn’t a developer.

When I put Biilmann’s comments to WordPress co-founder Matt Mullenweg in August, he was dismissive of Jamstack. He called it “a regression for the vast majority of the people adopting it” and claimed that “the usability and functionality is actually lower.” Biilmann and Mullenweg went on to debate the merits (or otherwise) of Jamstack in Netlify’s virtual conference in October, Jamstack Conf. Mullenweg made some strong points in this debate, including that WordPress now taps into many of the same frontend technologies that Jamstack does.

“We have a beautiful REST API, we have a GraphQL API, you can use it de-coupled, there are things like Frontity that allow you to build WordPress [with] serverless pre-rendering using React. There are so many ways to integrate it.”

The debate will rage on in 2021, but one thing is clear at the end of 2020: Jamstack startups challenging WordPress is great news for web developers, because ultimately it’ll give them more tools to choose from.

JavaScript Grows Ever More Popular — Both Frontend and Backend

2020 has been another busy year for JavaScript developers, both on the frontend and the backend (or indeed the full stack). Perhaps the most impressive JavaScript-focused company of the year was Vercel, which was spun out of the open source JavaScript framework, Next.js.

In fact, Vercel stitches together all of the “up the stack” trends I’ve discussed in this post: serverless, Jamstack, and JavaScript. Co-founder and CEO Guillermo Rauch (who created Next.js) told me back in July that his company gives the frontend developer “a completely managed serverless edge infrastructure, so that [with] their application or website, they don’t need to make any of that [infrastructure] investment themselves — they can just focus on their core application.”

As well as catering to Next.js developers on the frontend, Vercel has a “build and deployment” setup on the backend that is similar to Netlify; which means Vercel can be said to be a Jamstack company too.

It’s also been an active year for backend JavaScript developers, who now have two competing open source JavaScript runtimes to choose from. The incumbent, Node.js, released its 15th version in November. While Node.js is as popular as ever, an upstart competitor launched in May of this year: Deno, created by the original author of Node.js, Ryan Dahl.

Deno aims to fix what Dahl perceives as key weaknesses of Node.js — including security issues, use of a centralized repository system (npm), and “heavy-handed tooling.”

Regardless of the technical merits of Deno, Node.js is still hugely popular and versatile — it even has ties to Jamstack. As Bethany Griggs, a Senior Software Engineer at Red Hat and a Node.js Technical Steering Committee Member, told me last month, “Node.js is still used heavily to build the microservices that back the static pages that may be deployed using approaches like Jamstack. Node.js also continues to be heavily used in the tools that make up the development pipelines for client-side JavaScript.”

Send Us Your Feedback

As you can see, it’s been a busy year for these three “up the stack” trends! Let us know on social media what other trends you’ve noticed this year in the fast-paced world of at-scale development — I’m @ricmac on Twitter, or you can ping the entire team @thenewstack.

As for what we can expect up the stack in the new year, I’ll make some prognostications in my first column of 2021.

Amazon Web Services, Lightbend and Red Hat are sponsors of The New Stack.

Richard MacManus is a Senior Editor at The New Stack and writes about web and application development trends. Previously he founded ReadWriteWeb in 2003 and built it into one of the world’s most influential technology news sites. From the early...
Read more from Richard MacManus
SHARE THIS STORY
RELATED STORIES
Generative AI: How Companies Are Using and Scaling AI Models A Leg-endary Year: Top 5 Internet Technology Stories of 2022 Crypto Winter Puts Dampener on Web3 Developer Growth Prepping for 2023: What's Ahead for Frontend Developers What Rust Brings to Frontend and Web Development
TNS owner Insight Partners is an investor in: The New Stack, Deno.
SHARE THIS STORY
RELATED STORIES
Anil Dash on Mastodon Joining Fastly’s Open Source Program The 'S' Word: How Frontend Developers Can Embrace Security Google Roadmap: Flutter to Integrate with JavaScript, Wasm Pro Coders Key to Stopping Citizen Developer Security Breach Learning Storage and Retrieval with a Hash Function
THE NEW STACK UPDATE A newsletter digest of the week’s most important stories & analyses.
The New stack does not sell your information or share it with unaffiliated third parties. By continuing, you agree to our Terms of Use and Privacy Policy.