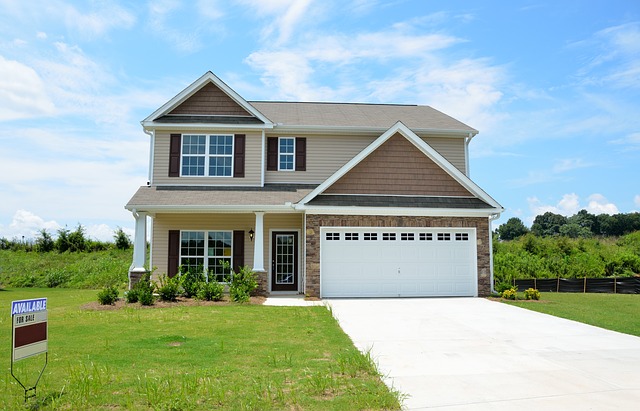 Cities and small towns are giving away buckets of cash to lure in residents who could work remotely, the Wall Street Journal reported last week.

It’s a trend newspapers documented before. “I’ve had a lot of people ask me, ‘What the hell are you doing in Topeka?'” a 41-year-old remote worker told the Journal in October. “Well, they’re giving me $10,000.” They were just one of 19 recipients of Topeka’s generosity  and Topeka was just one of dozens of cities “dangling incentives to entice remote workers,” the Journal wrote.

The logic is simple. Instead of competing to lure companies to a city — why not just persuade workers instead? “Every remote worker these places successfully attract and retain is like gaining a fraction of a new factory or corporate office,” the Journal noted last week (citing a policy director at the Brookings Institution who notes it’s also much less expensive — and less risky).

The Journal added that “Because of the relatively modest scale of these economic-development programs, even small communities can get in on the game in a way they never could.”

Sure, a new Apple office in town can jumpstart a city’s economic activity. Enrico Moretti’s 2012 book The New Geography of Jobs estimated that for every new high-tech job in a city, five non-high-tech jobs are also created — waiters, hairdressers, carpenters, nurses, teachers, lawyers. But the Journal points out that it costs more to attract entire companies or offices to a region than it does to try to attract some of their workers.

“An argument can be made that they constitute a novel kind of stimulus program for parts of the country that have been left out of the tech boom — courtesy of big tech companies,” Moretti wrote.

One unexpected benefit for companies willing to hire remotely? Their diversity numbers improve.

MakeMyMove describes itself as a “digital marketplace” matching remote workers to enticing towns, and the Journal says cities and towns are now even contracting the site to set up relocation incentive programs. At the start of last summer, MakeMyMove listed just 40 programs, but that number has now climbed to 71 programs today.

“If the past two years have taught us anything, it’s that life is too short (and days are too long) to be stuck in a place that you don’t love,” MakeMyMove wrote in a recent blog post.

#Tulsa has climbed 18 spots on #AmericasBestCities list since 2020, and is being noticed for @GatherTulsa @GreenwoodRising and our own #remotework community. 🤩https://t.co/uOkNQivo2d

How It’s Playing out

Last week the Journal noted that “Because these programs specifically target remote workers who have high wages, a disproportionate share of those who are taking advantage of them work in tech — and especially for big tech companies.” One example the newspaper gave was an Amazon engineer who’d relocated to Greensburg, Indiana (population: 11,221), incited by over $5,000 in incentives.

For a program in Tulsa, Oklahoma, participants have worked remotely for Adobe, Airbnb, Amazon, Apple, Dell, Google, Microsoft, Lyft, Netflix, Oracle and Siemens — and there was even an IBM program manager. “I’ve felt so loved and known here in ways I never have before,” he tells the newspaper — even getting elected vice president of his neighborhood community association.

Also in Tulsa is a Meta remote worker who’d previously lived in a one-bedroom apartment in Silicon Valley, and told the Journal that in Tulsa it costs less to rent a three-bedroom house with a yard. “To some degree, I’ve been able to find myself.”

While Tulsa’s program is funded by a philanthropy — the George Kaiser Family Foundation — most programs draw their funding from a city’s own economic development funds. And the Journal noted Tulsa’s program has attracted 1,360 to the city — a number that’s expected to rise to 2,400 by the end of this year.

But it’s not just Tulsa.

In October the Journal reported that 71 people had already been enticed to move to Alabama through a $600,000 program run by the Shoals Economic Development Authority (funded by a half-cent sales tax).

And another 50 remote workers (and 60 family members) were heading to West Virginia through a $25 million program started by an Intuit executive chairman and his wife. Hundreds more had been attracted to Vermont — although “some lawmakers have questioned whether payments are really the deciding factor when people move there.”

Headed in That Direction 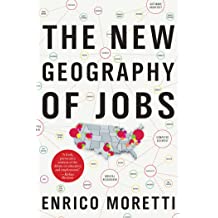 This economic professor’s 2012 book warned of a coming “great divergence” in the fortunes of “innovation hubs” and everyone else.

There’s a case against the programs.

Tessa Conroy, an assistant professor at the University of Wisconsin-Madison, warned the Journal some participants in the program may have been considering moving to a town anyways.

And if they weren’t — well, that presents its own problem. “Is that really the ideal resident, someone who was paid?”

That 41-year-old remote worker in Topeka even told the Journal “We don’t have to stay forever. But if we like it, we can.”

Conroy suggested another approach: investing money to keep current residents from moving away.

But the programs do bring high-earners into a community. Right from the beginning, Tulsa’s program brought in workers with an average annual income of over $104,600, according to an analysis (commissioned by the program) from the Economic Innovation Group.

But that analysis also calculates that the first cohort ultimately generated $51.3 million in new local earnings “directly attributable” to those relocated remote workers, while also giving the economy another $10.7 million boost and creating the equivalent of 198 new full-time jobs. (Which at that point represented one new job in Tulsa for every two remote workers who’d relocated.)

The report begins by noting that otherwise, many “heartland” communities struggle to attract and retain highly-educated workers and face “lagging growth in high-tech, high-wage industries and jobs.”

𝙈𝙚𝙢𝙗𝙚𝙧 𝙎𝙥𝙤𝙩𝙡𝙞𝙜𝙝𝙩: “Compared to the other cities I’ve worked in, Tulsa’s startup ecosystem is accessible & exciting. The budding energy of entrepreneurship is evident, & I’m excited that my company, @QuirkChat is a part of it.” -Bee Law, moved from Concord, NC. pic.twitter.com/5FDlRzu6OF

But are cities now just competing with each other for remote workers instead? It’s “the new arms race,” the chief executive at the Stillwater, Oklahoma Chamber of Commerce told the Wall Street Journal in October. Two people who’d received offers from the city replied they were still considering incentives from other cities — with one enterprising remote worker at 3M even making a spreadsheet tracking each city’s advantages.

Just before the pandemic, in late 2019, just 4% of remote jobs advertised salaries over $80,000 in the U.S. — but that figure climbed to 15% by autumn of 2021. That’s according to an October article in the Wall Street Journal, citing stats from the makers of job site theladders.com, whose CEO argues the trend is “a real, structural permanent change in the American workforce.”

Last September a Gallup poll of full-time workers in the U.S. found 25% of them working from home full-time — and another 20% part-time. But the figures were even higher for white-collar workers, with a whopping 67% saying they were working from home either exclusively (41%) or for at least part of the week (26%).

Yet the poll’s most compelling statistic was on how much workers liked this arrangement. “91% of workers in the U.S. working at least some of their hours remotely are hoping their ability to work at home persists after the pandemic… Three in 10 employees working remotely say they are extremely likely to seek another job if their company eliminates remote work.”

And while workers are definitely onboard with working remotely, there may also be unintended benefits for companies.

“Silicon Valley was never a place where Black people were predominant,” the executive told the Post in an interview. “So you are seeing people choose places like Atlanta, New York.”

By de-emphasizing specific cities, maybe remote working will add new voices to our conversations — a possibility that’s already being explored by some investors.

In his 2020 interview with TechCrunch, O’Reilly argued that when his longtime investing partner Bryce Roberts pursued different kinds of investments in different places, “he naturally found entrepreneurs who reflect the diversity of America” They ended up with a portfolio with more than 50% women founders and 30% people of color).

So maybe remote working will ultimately bring a re-distribution of opportunity.

Dozens of American cities are now exploring that possibility.