Using WebAssembly Written in Rust on the Server-Side

WebAssembly is a compelling approach to software development. To get a true appreciation for the technology, you need to see it in action.
Mar 31st, 2021 12:00pm by Bob Reselman 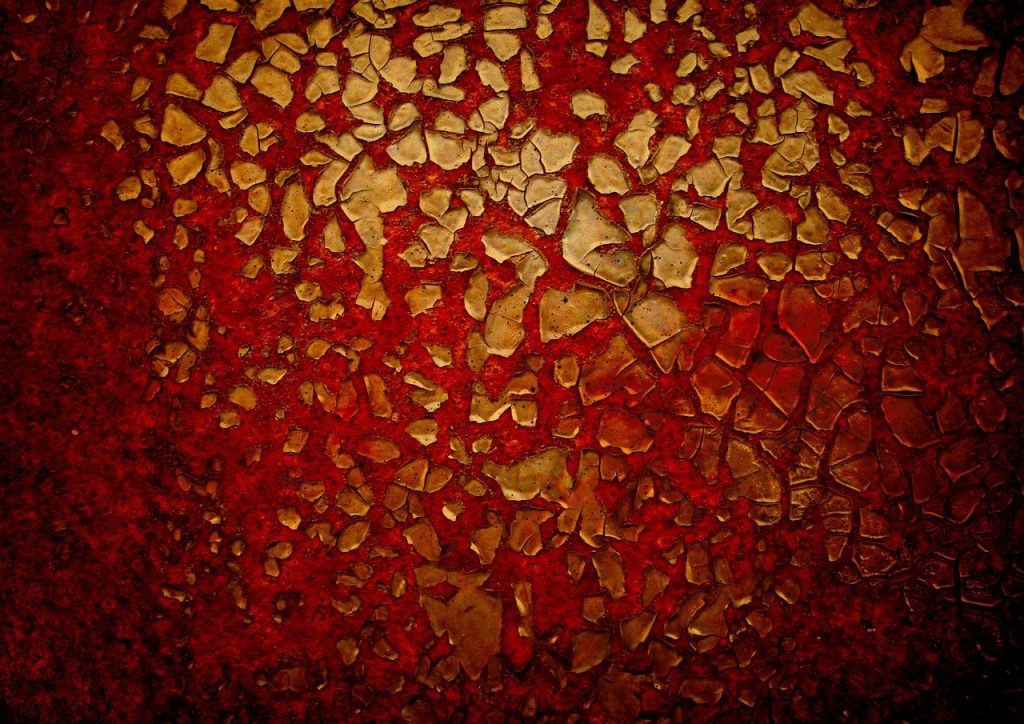 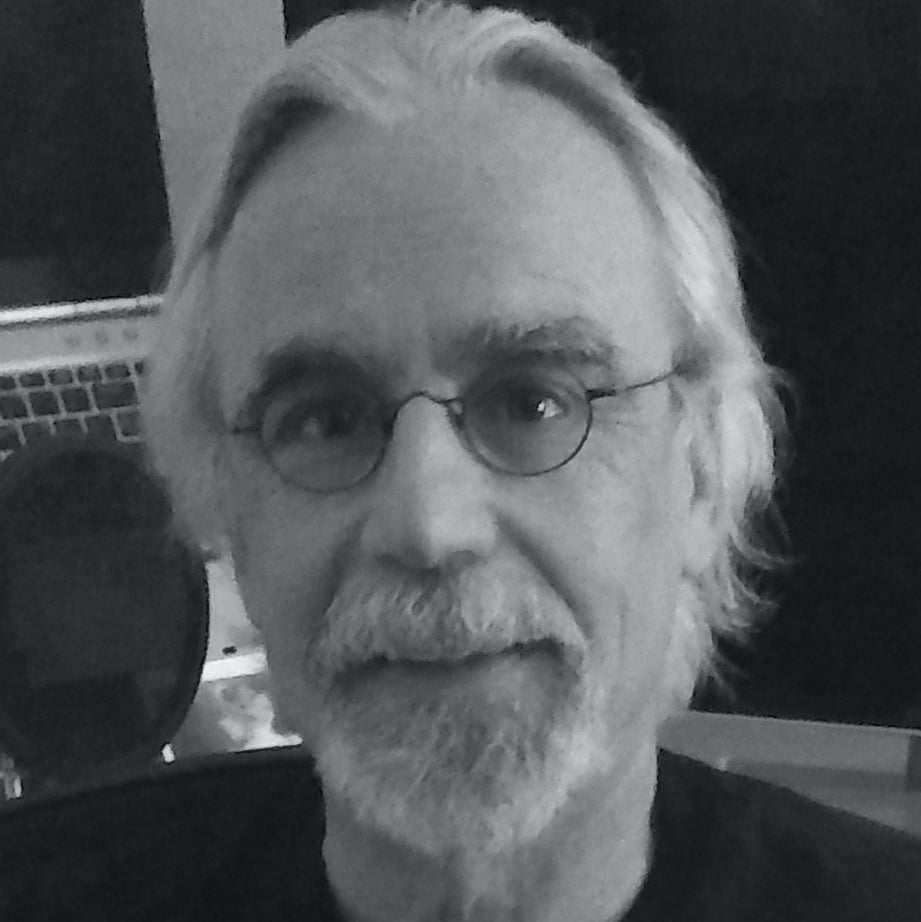 Bob Reselman
Bob is a software developer, system architect, industry analyst and technical writer/journalist. He is well versed in a variety of programming languages and development frameworks. His current focus is on microservice application development and microservice oriented application architecture.

WebAssembly allows you to write code in a low-level programming language such as Rust, that gets compiled into a transportable binary. That binary can then be run on the client-side in the WebAssembly virtual machine that is standard in today’s web browsers. Or, the binary can be used on the server-side, as a component consumed by another programming framework — such as Node.js or Deno.

As Solomon Hykes, the creator of Docker, tweeted on March 27, 2019: “If WASM+WASI existed in 2008, we wouldn’t have needed to have created Docker. That’s how important it is. WebAssembly on the server is the future of computing.”

The real benefit of WebAssembly is using the technology to do computationally intensive work from within a browser.

WebAssembly is a compelling approach to software development. However, in order to get a true appreciation for the technology, you need to see it in action.

In this article, I am going to show you how to program a WebAssembly binary in Rust and use it in a TypeScript-powered web server running under Deno. I’ll show you how to install Rust and prep the runtime environment. We’ll compile the source code into a Rust binary. Then, once the binary is created, I’ll demonstrate how to run it on the server-side under Deno. Deno is a TypeScript-based programming framework that was started by Ryan Dahl, the creator of Node.js.

The demonstration project that accompanies this article is called Wise Sayings. The project stores a collection of “wise sayings” in a text file named wisesayings.txt. Each line in the text file is a wise saying, for example, “A friend in need is a friend indeed.”

The Rust code publishes a single function, get_wise_saying(). That function gets a random line from the text file, wisesayings.txt, and returns the random line to the caller. (See Figure 1, below) 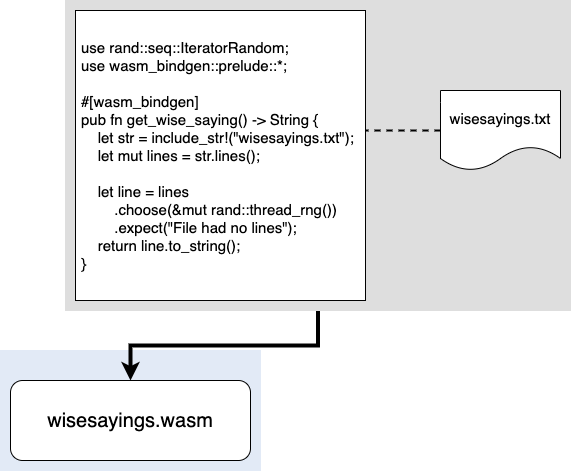 Figure 1: The demonstration project compiles data in a text file directly into the WebAssembly binary

Figure 2: WebAssembly binaries can be consumed by a server-side programming framework such as Deno.

The first thing we need to do to get the code up and running is to make sure that Rust is installed in the development environment. The following steps describe the process.

Step 1: Make sure Rust is installed on your machine by typing:

You’ll get output similar to the following:

If the call to rustc –version fails, you don’t have Rust installed. Follow the instructions below and make sure you do all the tasks presented by the given installation method.

To install Rust, go here and install on Linux/MAC: …

… or here to install it on Windows:

Download and run rustup-init.exe which you can find at this URL: https://static.rust-lang.org/rustup/dist/i686-pc-windows-gnu/rustup-init.exe.

Step 3: If you’re working in a Linux environment do the following steps to install the required additional Linux components.

Developer’s Note: The optimal development environment in which to run this code is one that uses the Linux operating system.

Step 4: Get the CLI tool that you’ll use for generating the TypeScript/JavaScript adapter files. These adapter files (a.k.a. shims) do the work of exposing the function get_wise_saying() in the WebAssembly binary to the Deno web server that will be hosting the binary. Execute the following command at the command line to install the tool, wasm-bindgen-cli.

The development environment now has Rust installed, along with the necessary ancillary libraries. Now we need to get the Wise Saying source code.

Working with the Project Files

The Wise Saying source code is hosted in a GitHub repository. Take the following steps to clone the source code from GitHub onto the local development environment.

Step 2: Go to the working directory

Listing 1, below lists the files that make up the source code cloned from the GitHub repository.

Listing 1: The files for the source code for the Wise Sayings demonstration project hosted in the GitHub repository

Let’s take a moment to describe the source code files listed above in Listing 1. The particular files of interest with regard to creating the WebAssembly binary are the files in the directory named, src at Line 11 and the file, Cargo.toml at Line 2.

Let’s discuss Cargo.toml first. The content of Cargo.toml is shown in Listing 2, below.

Listing 2: The content of Cargo.toml for the demonstration project Wise Sayings

Cargo.toml is the manifest file that describes various aspects of the Rust project under development. The Cargo.toml file for the Wise Saying project is organized into three sections: package, dependencies, and lib. The section names are defined in the Cargo manifest specification, which you read here.

Understanding the Package Section of Cargo.toml

The package section indicates the name of the package (wise-sayings-wasm), the developer assigned version (0.1.0), the authors (Bob Reselman <bob@CogArtTech.com>) and the edition of Rust (2018) that is used to program the binary.

Understanding the Dependencies Section of Cargo.toml

Understanding the Lib Section of Cargo.toml

The entry crate-type =[“cdylib”, “lib”] at Line 14 in the lib section of the Cargo.toml file tells the Rust compiler to create a wasm binary without a start function. Typically when cdylib is indicated, the compiler will create a dynamic library with the extension .dll in Windows, .so in Linux, or .dylib in MacOS. In this case, because the deployment unit is a WebAssembly binary, the compiler will create a file with the extension .wasm. The name of the wasm file will be wisesayings.wasm, as indicated at Line 13 above in Listing 2.

The important thing to understand about Cargo.toml is that it provides both the design and runtime information needed to get your Rust code up and running. If the Cargo.toml file is not present, the Rust compiler doesn’t know what to do and the build will fail.

The actual work of getting a random line that contains a Wise Saying from the text file wisesayings.txt is done by the function get_wise_saying(). The code for get_wise_sayings() is in the Rust library file, ./src/lib.rs. The Rust code is shown below in Listing 3.

The important things to know about the source is that it’s tagged at Line 4 with the attribute #[wasm_bindgen], which lets the Rust compiler know that the source code is targeted as a WebAssembly binary. The code publishes one function, get_wise_saying(), at Line 5. The way the wise sayings text file is loaded into memory is to use the Rust macro, include_str!. This macro does the work of getting the file from disk and loading the data into memory. The macro loads the file as a string and the function str.lines() separates the lines within the string into an array. (Line 7.)

The rand::thread_rng() call at Line 10 returns a number that is used as an index by the .choose() function at Line 10. The result of it all is an array of characters (a string) that reflects the wise saying returned by the function.

Let’s move on to creating the wasm target and compiling the code into a WebAssembly Binary.

Step 2: Compile the source code into a WebAssembly is shown below.

ARCH describes the intended target architecture, for example wasm32 for WebAssembly, or i686 for current-generation Intel chips.

VENDOR describes the vendor publishing the target; for example, Apple or Nvidia.

SYS describes the operating system; for example, Windows or Linux.

ABI describes how the process starts up, for eabi is used for bare metal, while gnu is used for glibc.

Thus, the name i686-unknown-linux-gnu means that the Rust binary is targeted to an i686 architecture, the vendor is defined as unknown, the targeted operating system is Linux, and ABI is gnu.

In the case of wasm32-unknown-unknown, the target is WebAssembly, the operating system is unknown and the ABI is unknown. The informal inference of the name is “it’s a WebAssembly binary.”

There are a standard set of built-in targets defined by Rust that can be found here.

If you find the naming convention to be confusing because there are optional fields and sometimes there are four sections to the name, while other times there will be three sections, you are not alone.

After we build the base WeAssembly binary, we need to create the adapter (a.k.a shim) files and a special version of the WebAssembly binary — all of which can be run from within JavaScript. We’ll create these artifacts using the wasm-bindgen tool.

Step 1: We create these new artifacts using the command shown below.

wasm-bindgen is the command for creating the adapter files and the special WebAssembly binary.

–target deno ./target/wasm32-unknown-unknown/debug/wisesayings.wasm is the option that indicates the adapter files will be targeted for Deno. Also, the option denotes the location of the original WebAssembly wasm binary that is the basis for the artifact generation process.

–out-dir ./server is the option that declares the location where the created adapter files will be stored on disk; in this case, ./server.

The result of running wasm-bindgen is the server directory shown in Listing 4 below.

Listing 4: The server directory contains the results of running wasm-bindgen

Listing 5: main.ts is the Deno webserver code that uses the WebAssembly binary

You’ll notice that the WebAssembly wasm binary is not imported directly. This is because the work of representing the WebAssembly binary is done by the JavaScript and TypeScript adapter (a.k.a shim) files generated earlier. The WebAssembly/Rust function, get_wise_sayings(), is exposed in the auto-generated JavaScript file, wisesayings.js.

The function get_wise_saying is imported into the webserver code at Line 2 above. The function is used at Line 16 to get a wise saying that will be returned as an HTTP response by the webserver.

To get the Deno web server up and running, execute the following command in a terminal window.

deno run is the command set to invoke the webserver.

–allow-read is the option that allows the Deno webserver code to have permission to read files from disk.

–allow-net is the option that allows the Deno webserver code to have access to the network.

–allow-env is the option that allows the Deno webserver code read environment variables.

./main.ts is the TypeScript file that Deno is to run. In this case, it’s the webserver code.

When the webserver is up and running, you’ll get output similar to the following:

You’ll get a wise saying, for example:

In this article, I’ve shown you everything you need to know to create and use a WebAssembly binary in a Deno web server. Yet for as detailed as the information presented in this article is, there is still a lot more to learn about what’s under the covers. Remember, Rust is a low-level programming language. It’s meant to go right up against the processor and memory directly. That’s where its power really is. The real benefit of WebAssembly is using the technology to do computationally intensive work from within a browser. Applications that are well suited to WebAssembly are visually intensive games and activities that require complex machine learning capabilities — for example, real-time voice recognition and language translation. WebAssembly allows you to do computation on the client-side that previously was only possible on the server-side. As Solomon Hykes said, WebAssembly is the future of computing. He might very well be right.

The important thing to understand is that WebAssembly provides enormous opportunities for those wanting to explore cutting-edge approaches to modern distributed computing. Hopefully, the information presented in this piece will motivate you to explore those opportunities.