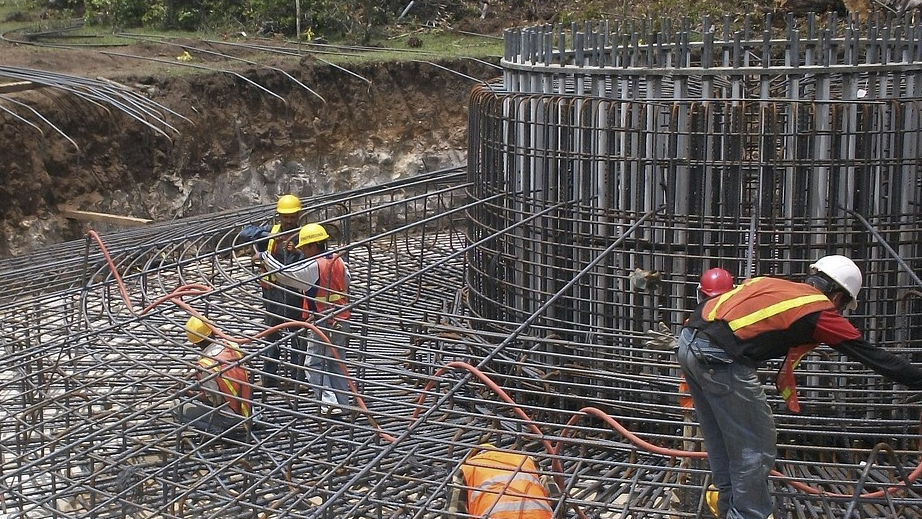 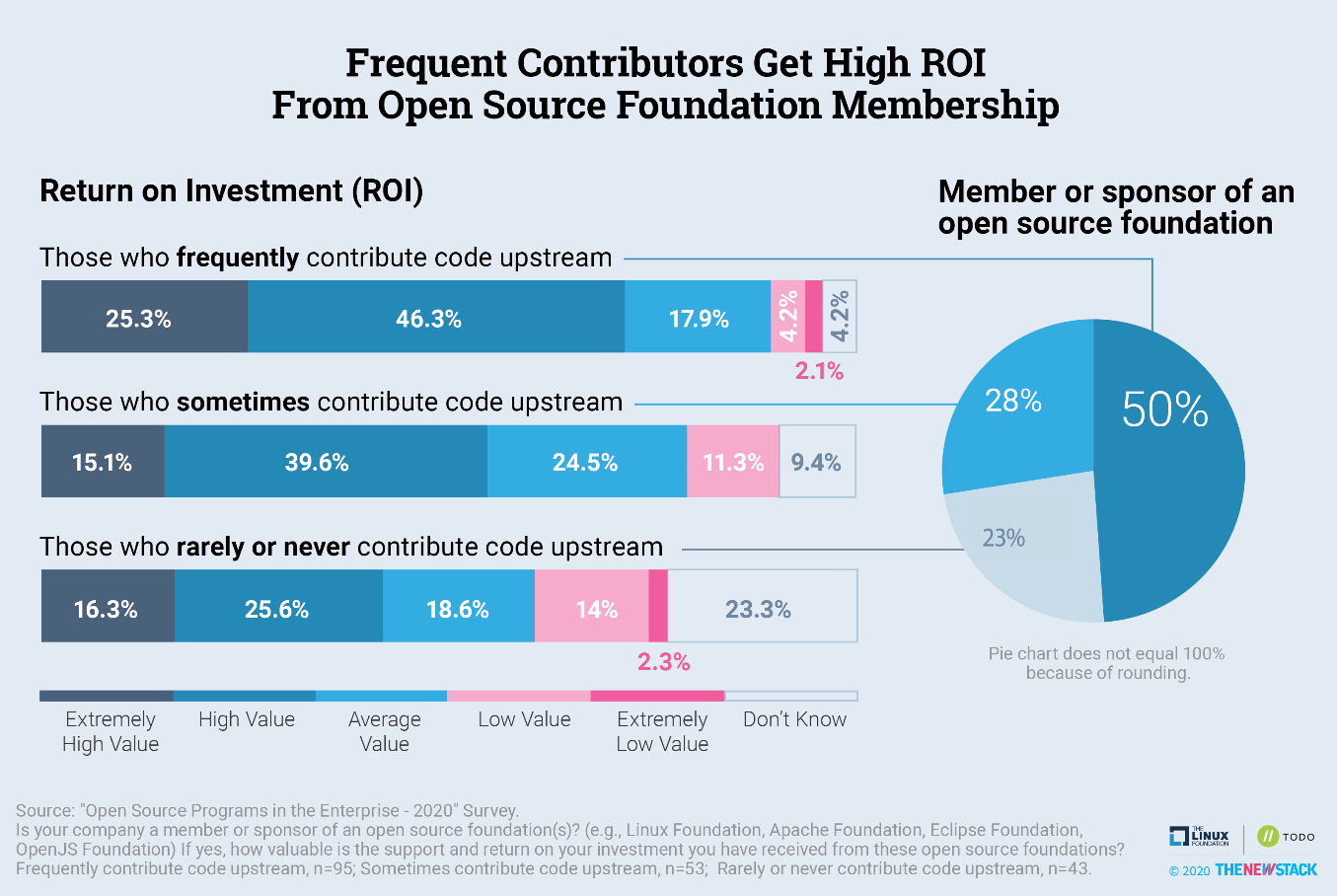 The “those rarely or never contribute code upstream” number in the pie chart was changed from 24% to 23% since the graphic was originally published.

If the respondent’s organization is a member of a foundation, they answered an additional question about the return on investment they received. Twenty percent said they receive extremely high value and another 39% receive high value, meaning that 59% are getting a better than average ROI.

The key determinant of membership satisfaction is how often the organization is contributing upstream to open source projects. Half of the members identified in the survey contribute frequently, with 72% getting at least high value from their membership. In contrast, only 24% of members rarely or never contribute and their above-average values are significantly worse.

Contributing to code upstream and not just internally managed open source projects means there is a need to collaborate with peers.

“One of the requirements I have in my organization for justifying membership into a foundation is that it needs to be combined with meaningful contributions to the project housed in the foundation,” Nithya A. Ruff, the leader of Comcast’s Open Source Program Office, told The New Stack. “This could be code, participation in the governance for the organization, volunteering to help with documentation, marketing or other functions. You get the most out of your membership if you are at the table and making the project a success for you and the community at large.”

Critics of open source foundations complain that they are controlled by a few large tech companies. It is true that companies with more than 10,000 employees and IT and software companies are more likely to be members of an open source foundation. But, our research found that these variables did not have a material impact on how much value they received.

Small software companies see value because they use an open source foundation to even the playing field with a larger company during technical discussions. Furthermore, the growth of the Cloud Native Computing Foundation’s End User Community shows that companies from across a wide range of industries want a say in the software that they will be using for years to come.

We are not here to argue that open source foundations are the most democratic institutions, the best way to allocate capital or an optimal venue for technology planning. Instead, the research shows that organizations that frequently contribute to upstream projects are very likely to find value in joining an open source entity.

A description of the study methodology and the full dataset can be found here.