Vendia makes it easy to collaborate with other departments or companies working on a different cloud platform.  Every Vendia implementation spans accounts, regions and clouds.
Jul 14th, 2020 9:50am by Susan Hall 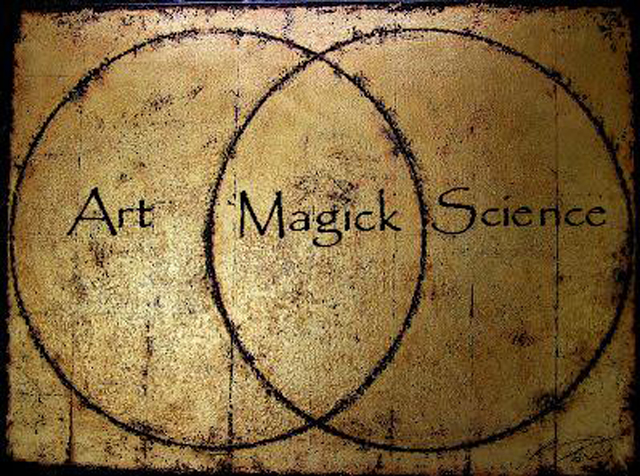 When Shruthi Rao was interviewing with Tim Wagner to become serverless business development lead at Amazon Web Services (AWS) around three years ago, she asked, “Why isn’t anyone using serverless for blockchain?”

That started a conversation that has evolved into a new startup, Vendia, based on a Venn diagram of the two technologies.

Wagner was one of the creators of serverless and wrote the original business plan for AWS Lambda. Both previously worked with blockchain for the cryptocurrency exchange Coinbase, and Rao started and led the blockchain team at AWS.

Vendia just announced an oversubscribed seed investment round of $5.1 million and its initial technology, Share, as a preview.

“I met with 1,092 unique customers and heard them say, ‘Look, we have multiple partners … some of them are on AWS, some of them are on other clouds. We have made massive IoT and edge device investments that are generating massive amounts of data … AI, ML and analytics investments. And we’re trying to use blockchain so we get this data from multiple places and into one place so we can run some intelligence on it,” Rao said, explaining that they wanted to do autonomous forecasting, real-time supply chain management and things like that.

But after meeting with the five-hundredth customer, it became clear that enterprises were not using blockchain to deal with trust issues, as originally hyped, but to collect data in one place in order to do something with it.

“There was a lot of churn and not just for us; this is for the blockchain industry as a whole,” she said.

“Most of the blockchain POCs and pilots just die on the vine. They never go into production. It’s expensive. For a three-member blockchain, it takes 14-plus months, it takes expensive consultants. … So we realized that enterprises were trying to use blockchain for a completely different problem rather than ‘this quote-unquote, trust problem that didn’t exist.’”

Vendia was designed to combine the two technologies while addressing the limitations of each.

Speaking at AWS Serverless Community Day ANZ recently, Wagner outlined those challenges. While serverless is highly scalable, billed based on usage and eliminates server hassles for users, every line of code assumes a single owner model and isn’t that helpful for sharing. It’s proprietary among vendors, based on a single account and single region. Plus it has no built-in state support.

Blockchain, meanwhile, is basically a peer-to-peer sharing platform that has a fully replicated, totally ordered database on each node. It provides a tamper-proof copy guaranteed to be identical on every machine.  A single blockchain node is limited to one device or one server. However, blockchain can’t scale. Once you’ve hit the limits of CPU, memory or network bandwidth, it that’s it. It becomes a complex DIY project. It can be slow and requires the use of hard-to-learn languages.

“Unfortunately, you have to pick one: a replicated data model that has no ability to scale or a highly scalable service that can only operate in a single account,” Wagner said in his speech.

“Blockchains are simply not able to support our growing volume of transactions, nor do they offer the security assurances required by financial institutions,” said Guru Charan, senior vice president, Corporate Development and New Initiatives at Wells Fargo. “Vendia has reimagined blockchain concepts as a cloud native, schema-driven solution that’s easy to use, with no vendor lock-in. We are very excited for Vendia’s promise for distributed applications without having to retrain our developers or add operational burden.”

Vendia makes it easy to collaborate with other departments or companies working on a different cloud platform, Wagner said in an interview. Every Vendia implementation spans accounts, regions and clouds. It provides an immutable, fully ordered, tamperproof ledger and a replicated copy of application state in every cloud, account and region in which the application operates as well as out-of-the-box mobile and web support.

You can think of it essentially as a compiler that takes a JSON schema and turns that into a collection of serverless components in the background.

They have two or three pieces to them. The lowest level is a replicated data model — a totally ordered, fully consistent transactional database with ACID semantics that will maintain that data on all the nodes working together.

“When two companies interoperate, often they’re not on the same cloud, and they haven’t made the same technology choices,” he pointed out.

These nodes might be two different companies that are trying to share auto-parts information or a track-and-trace solution. Or it might just be two different pieces of an application that a single company owns. Perhaps one of them is ingesting IoT information, say on Azure, but then wants to store it in a database or operate it with code in AWS.

Then there’s data replication where blockchain is ensuring consensus, making sure that all of the changes all of the transactions are being distributed and entered correctly, securely and consistently across all pieces.

“We’ve designed this using a GraphQL integration hub. So every one of these applications comes with mobile and web support built-in, comes with a large file and blob support built-in and comes with this transactional replicated database built-in. So some of the hardest pieces for customers to build when they get started with Lambda or an API gateway are ready for them to go out of the box here so they don’t have to reinvent the wheel,” Wagner said.

While the preview is AWS only, the planned late summer GA will be a multicloud solution.

“We don’t require customers to know or understand serverless. But we wanted the product benefits of that implementation strategy to shine through that ability to scale all the way down to being completely off so there’s no there’s no rental costs, but also be able to scale up as far and as high as customer needs to go.”

The company’s design partners have touted being able to move gigabytes of data around and have participant groups made up of thousands as opposed to few hundred participants working together, he said. No customer data is ever centralized or shared at Vendia. Companies can share data in a controlled fashion without having to trust each other. They just have to trust their cloud provider.

Two automakers are among the design partners working on tracking the 30,000 to 35,000 parts that go into a vehicle. That involves combining data from parts manufacturers, the National Highway Safety Administration, as well as dealers and service centers where a PC might be the extent of their IT department, Roa explained.

“So we created a virtual data lake solution that you could put in, you could get access to all of their data without revealing the data to parties that may not need to see that. So they get the ability to gain intelligence without actually sharing the actual data,” she said. These automakers have tried many blockchain and API based solutions in the market. But with Vendia, they were able to do a proof of concept within two and a half weeks.

“One of the things that was very important to us is when Tim launched Lambda, it really lowered the barrier to entry for any developer, any company. They don’t have to have deep pockets to try something to experiment and see if something makes a difference to their business model. So this low barrier to entry really gave birth to a lot of different companies and a lot of different industries in the space,” she said. “We wanted to replicate that with Vendia.”