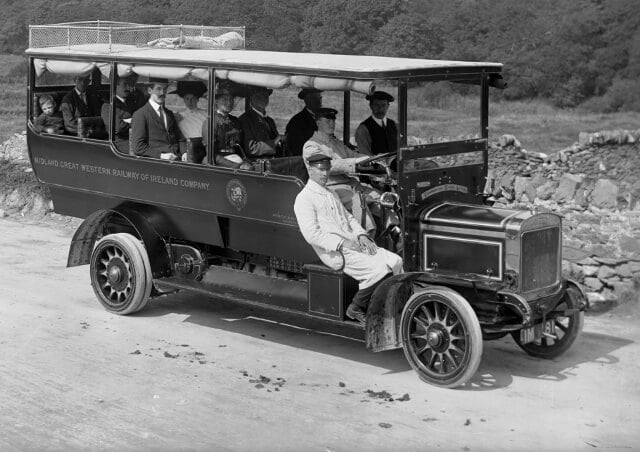 This year it seems like everyone is jumping on the Kubernetes bandwagon. Apprenda’s acquisition of Kismatic is just the latest move by a company to monetize the deployment of production workloads onto Kubernetes-enabled infrastructure. The rise of Kubernetes does not, however, mean that this open source container orchestration engine has won the war for commercial dominance.

In a survey conducted last year of 48 container-related companies, The New Stack found that Docker was in the middle of a uni-polar world, with 42 out of 43 respondents either currently partnering with Docker (60 percent) or planning to partner with the company in the future (37 percent).

This year, we conducted a new survey where both end users and vendors were asked about container orchestration. The results indicate that 48 percent of respondents that work for vendors said their companies plan to start interoperating with Kubernetes in the next year, with 43 percent saying the same about Docker. The results do nothing to say that Docker has lost its centrality, but rather that Kubernetes has arrived. 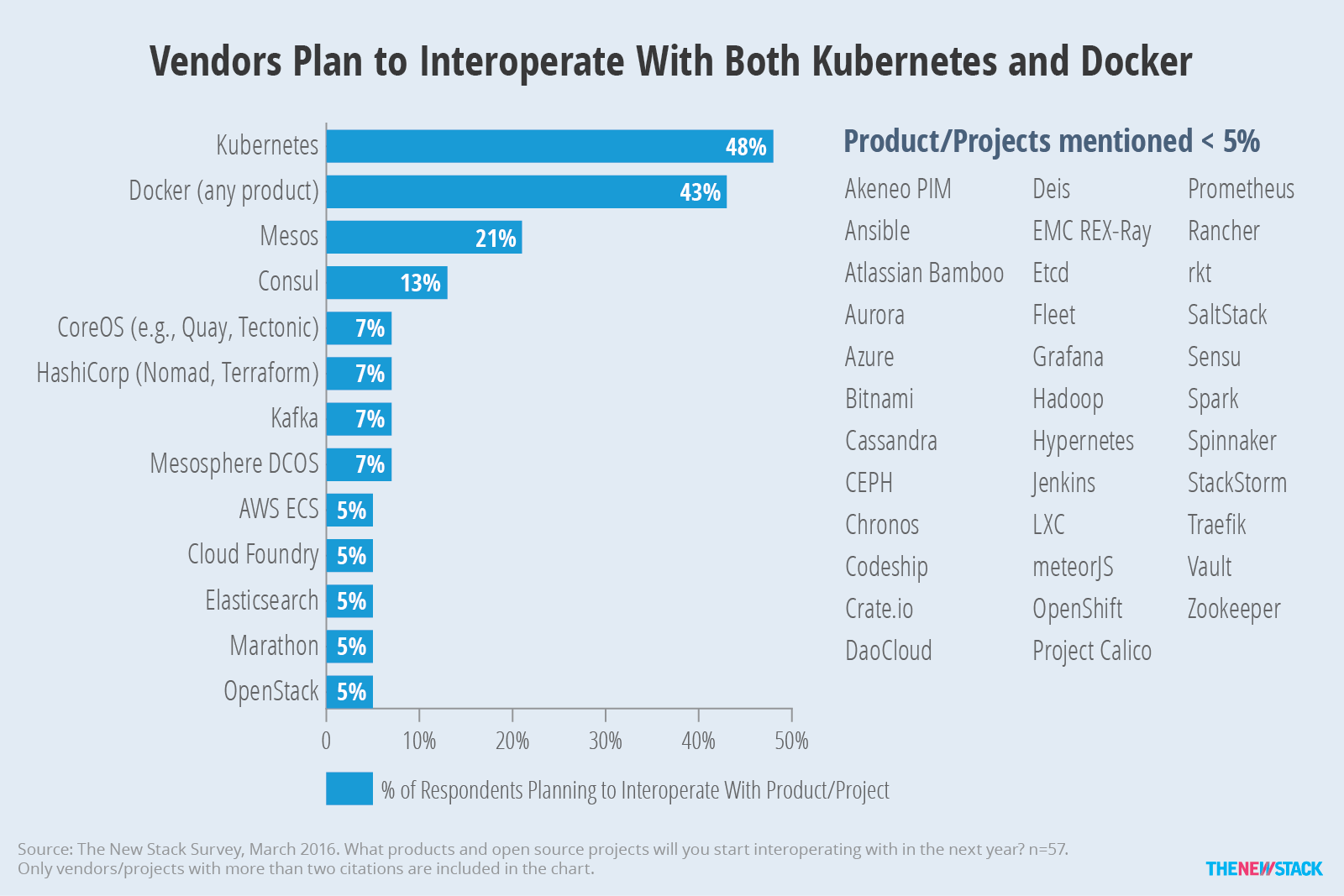 The newer survey focused on container orchestration instead of the broader container ecosystem. If we just look narrowly at Google searches about container orchestration, it is beating Docker Swarm as well as Apache Mesos and Cloud Foundry. Yet, looking at volume of searches is more a measure of buzz rather than actual adoption. Thinking about the broader container ecosystem, there has been some debate whether Mesosphere, AWS, CoreOS and CloudFoundry can rival the two leaders in terms of importance. How to measure importance is debatable, but demand to partner with your company is always a good thing.

Another caveat to think about is that the survey question only asks about “new” interoperability. In other words, the reason why Docker is in only 43 percent of vendor respondent plans is because many companies started interoperability with it before 2016.

What Does This Mean?

We cannot predict the future and don’t know who is going to win the container orchestration wars. However, it is plainly obvious that companies are arming themselves with new rounds of VC funding. The New Stack expects to report on many announcements of companies’ latest integrations with Kubernetes as well as with Docker. A long list of plug-ins and partners does not by itself indicate who the market winners will be. However, creating operable products and services requires resources, human resources. Thus, we expect to see competition for developers and talent.

While we do not know of any M&A plans (that we can speak of publicly), we do know of several smaller companies that have experience implementing container environments. Just like Kismatic, they will be in demand as service providers start the process of actually selling their new container services. Jetstack and Container Solutions are two consulting companies container deployments that can help. In addition, although companies that have been formed around an open source project may morph into systems integrators of sorts if companies like CoreOS are not able to gain dominance with their bundled solutions.

CoreOS, Cloud Foundry and Docker is a sponsor of The New Stack.

Feature image: “Bowling Along in their Motor” (detail), National Library of Ireland.

Lawrence has generated actionable insights and reports about enterprise IT B2B markets and technology policy issues for almost 25 years. He regularly works with clients to develop and analyze studies about open source ecosystems. In addition to his consulting work,...
Read more from Lawrence E Hecht
SHARE THIS STORY
RELATED STORIES
The Next Evolution of Virtualization Infrastructure WebAssembly Needs Schedulers, and Kubernetes Doesn't Quite Fit the Bill Case Study: How SeatGeek Adopted HashiCorp’s Nomad How to Deploy Containers with nerdctl Can Observability Platforms Prevail over Legacy APM?
TNS owner Insight Partners is an investor in: The New Stack, Docker.
SHARE THIS STORY
RELATED STORIES
.NET 7 Simplifies Route from Code to Cloud for Developers WebAssembly vs. Kubernetes Top 5 Considerations for Better Security in Your CI/CD Pipeline The Next Evolution of Virtualization Infrastructure Connect to Remote Docker Machines with Docker Context
THE NEW STACK UPDATE A newsletter digest of the week’s most important stories & analyses.
The New stack does not sell your information or share it with unaffiliated third parties. By continuing, you agree to our Terms of Use and Privacy Policy.