Sid Sijbrandij, the CEO of GitLab, contends that open core is the most logical way to develop software. He’s backing that up with funding.
Oct 17th, 2022 6:00am by Loraine Lawson 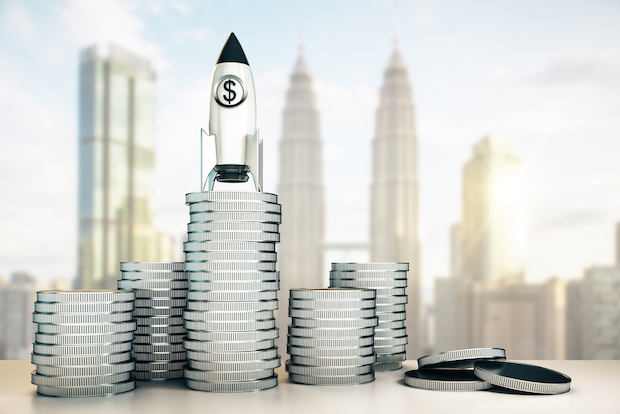 Mike McNeil, a frontend developer, wasn’t sure what his next step would be but with a baby on the way, it looked like his next course would be a part-time dad and part-time consultant on Sails.JS, the open source project he’d created in 2012.

That’s when Sid Sijbrandij, the CEO of GitLab and general partner at Open Core Ventures, called. The two had met during Y Combinator in 2015 and Sijbrandij saw on LinkedIn that McNeil was available for work.

Did McNeil want to take the CEO reins at Fleet Device Management, a programmable telemetry solution for servers and workstations that began as an open source project, Sijbrandij asked McNeil.

“I basically I told him, ‘Hey, give me the weekend. I’m not trying to get other offers or other projects, I just need some time to figure out what my childcare is going be like for the next five years while I’m the CEO of this company,” McNeil said. “I mean — it became a no-brainer when I understood what the opportunity was.”

Open Core Ventures takes an unusual tactic for a venture capital firm: Instead of looking for companies to fund, it identifies promising open source projects and creates companies.

“All software should be open and everyone can become an entrepreneur,” reads the organization’s website in big blue lettering. It puts Sijbrandij’s money behind that message, investing his personal capital through its OCV Fund I.

If at this point, you’re sharpening your elevator pitch — stop. Open Core Ventures doesn’t accept pitches or applications; instead, it identifies potential companies based on the participation of the open source community and whether the market seems promising.

“We’ll look at a few things — we look at whether the project is popular, like does it have a lot of users,” Sijbrandij told The New Stack. “We look at how much innovation is going on; how frequently are people making improvements to the codebase; is this a good market to be in? Are there proprietary companies that are successful in this market?”

Sijbrandij supports an open core approach to open source, which is basically a business model in which some portion of a product is free, with additional features for a fee. That concept was key to why Open Core Ventures focuses on open source projects.

“We really believe open core is becoming the most logical way to make software and that means that part of the software is proprietary, part of it is open source, and all of the source code is available to everyone,” Sijbrandij said.

But figuring out what to charge for and what to give away can be a struggle for developers of open source software, he said. The venture capital firm simplifies that by using a model called buyer-based open core.

Sijbrandij rattled off how open source software is easier than proprietary software:

“We want to democratize being a founder,” he said. “I think 80% of potential founders are now on the sidelines because they need a salary. We make sure they get paid on day one, making sure that’s no longer an obstacle for them.”

Fleet is the first company Open Venture funded. It started in Sept. 2020 and the creator of the project, Zach Wasserman, was recruited as the CTO. Then McNeil was added as the CEO. Earlier this year, Fleet completed its series A round at $20 million, bringing its total raise to $25 million total and its valuation to $100 million.

Generally, that’s the pattern for Open Core Venture: hire a chief technologist from the contributors to the chosen open source project. That person starts with a salary, which is unusual in itself for startups. The CTO then recruits a few engineers and is shepherded through the company’s early days. Six months to a year later, Open Core Venture recruits a CEO to lead the business side, with a preference for those from the open source community.

“We start with the technology,” Sijbrandij said. “We typically look at who’s the author of the project? Who has contributed to it?”

Open Core Ventures provides support in other ways, such as helping the company find legal, finance and operations support.

“We help handle the day-to-day, from setting up a global payroll system, to filing for trademarks, and vendor negotiations,” said Betty Ma, the chief operating officer for Open Core Ventures.

The plan is to add one company a month, Sijbrandij said.

So far, the venture capital firm has funded four companies besides Fleet:

SHARE THIS STORY
RELATED STORIES
Improve your TypeScript Skills with Type Challenges 'Gatsby Killer' Next-Drupal Brings Headless to Drupal CMS How Boeing Uses Cloud Native Rust and the OS, the Web, Database and Other Languages Create a Local Git Repository on Linux with the Help of SSH
SHARE THIS STORY
RELATED STORIES
How Do We Protect the Software Supply Chain? Need to Scale Apache Kafka? Switch to Apache Pulsar Copilot Lawyers Checking Claims against Other AI Companies How Web Tech Got This Way and How It May Evolve in the Future Devs Are Excited by ActivityPub, Open Protocol for Mastodon
THE NEW STACK UPDATE A newsletter digest of the week’s most important stories & analyses.
The New stack does not sell your information or share it with unaffiliated third parties. By continuing, you agree to our Terms of Use and Privacy Policy.