Vercel and Svelte: A Perfect Match for Web Developers 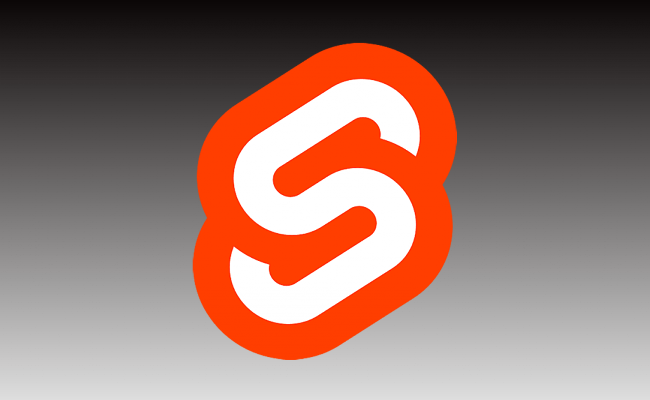 Vercel, the provider of a popular development platform for frontend frameworks and static sites, has brought in some serious talent of late — none more serious than Rich Harris, creator of the popular Svelte frontend compiler for building fast web applications.

Harris comes in as a key hire to help Vercel in its effort to “Make the web. Faster,” as Guillermo Rauch, CEO and founder of the company, likes to say.

Positive Reaction Amid Concerns About Independence

Initially, the community reaction to Harris’s hiring and Svelte coming under the Vercel umbrella was “overwhelmingly positive,” with many viewing it as an opportunity for Svelte to grow and have longevity as a supported project, he said.

However, “anytime that a commercial entity becomes involved in an open source project, there is this potential question of, is this going to result in the project prioritizing the needs of that commercial entity over the community at large,” Harris told The New Stack.

Yet, based on conversations he had with the company prior to joining Vercel and conversations with the rest of the Svelte core team, Harris said they decided they “are not going to let the demands of any one commercial entity dictate” what is a very consensus-driven project.

“I personally don’t have any concerns about Svelte remaining an independent project; it’s just not in Vercel’s interests to try and undermine the project or try and control the direction of Svelte’s development,” Harris said. “Vercel is a company that is very largely built on developer goodwill. And it has deep open source roots. It just wouldn’t be in the company’s DNA, I don’t think, to try and influence the development of Svelte in a way that was in any way detrimental to the community at large.”

Indeed, Rauch told The New Stack Vercel is committed to open source and will keep the Svelte project and its governance independent.

Regarding governance, Harris said, “We’ve got no concerns about the project’s independence, we’re going to continue with the same form of governance that we had before.”

He explained that Svelte has a very broad contributor base with representatives from a variety of different companies, and the project is open source under the MIT license. So nothing is going to change on that front. The only thing that is changing is that the project now has the ability to spend more time solving users’ problems because for the first time it has full-time engineering dedicated to it. But other than that, it’s the same project that it’s always been, he said.

Moreover, “We’re dealing with developers as the customer,” Rauch said. “And ultimately, developers have already voted with their feet and with their decisions that open source is how they adopt software. I think anything that would compromise the open source project would just make them go elsewhere. I think it’s as simple as that, and we want to be true to our DNA.”

In addition, as Rauch said Vercel’s goal is to provide an Edge-first Web, “By enabling Rich to work on Svelte full-time, we get to watch another edge-aware framework develop and build our infrastructure to truly be the best place for any frontend,” he said.

Harris emphasized that becoming a part of Vercel is good for Svelte because it allows him to work on the project full time. Svelte has been growing very rapidly over the last year and had reached a point where he and the team simply weren’t able to spend enough time on the framework to meet the growing demands of the project’s growing user base, he explained.

In a blog post welcoming Harris to Vercel, Rauch wrote: “Both Svelte and Vercel want to make building for the Web both enjoyable and fast. Svelte has been voted the most loved Web framework with the most satisfied developers and has a thriving community. Its usage has doubled in the past year, with over 200,000 weekly downloads and over 50,000 stars on GitHub.

“Joining Vercel enables Rich to work on Svelte full-time, giving the project its first dedicated contributor. The governance of Svelte does not and will not change — it’s still the same independent, open source project and community. With Vercel’s backing, Svelte can get even more ambitious.”

Partly enabling that ambition will be the $150 million in Series D funding Vercel secured last month. That round follows the $102M Vercel secured in June.

Rauch told The New Stack the funding “will provide more opportunities to invest in that [Svelte] community, hiring engineers, supporting the community with open source solutions and templates on top of Svelte, and improving the deployment infrastructure to make Svelte one of the first Edge-first frameworks in the world.”

Moreover, “Working on Svelte full time means we’ll have the bandwidth to tackle some of the ambitious items on our roadmap and having the backing of a company with Vercel’s track record means that dev teams can be confident about choosing Svelte for their apps,” Harris added.

In addition, Vercel is open to shifting internal resources to help advance Svelte, he said.

“This move is great news for Svelte — Rich Harris is going to be able to focus on the project without the distraction of working at the [New York] Times [where Harris was a graphics editor before joining Vercel] during the day,” said Andrew Cornwall, an analyst at Forrester Research. “This move brings more of two things to Svelte that any open source project needs to survive: funding and community stewardship. Vercel has had experience with open source projects before and is not likely to kill the golden goose by making significant changes that upset existing users.”

At the recent Svelte Summit, which was virtual but with physical meetup components in New York, San Francisco and other locations, Harris said he heard from engineers that they feel like they now have support to buttress an argument for bringing Svelte into their corporate environments, knowing that under Vercel the project will be supported for the next 10-plus years.

At the summit, the Svelte project announced the launch of a new component library called Svelte Cubed, which is a way of using Three.js to build WebGL 3D graphics using Svelte.

“That’s something that was really made possible by the fact that I’m now able to work full time on Svelte, and that was very, very warmly received,” Harris said.

“Think of it as Next for Svelte,” Harris wrote in a blog post from March. “It’s a framework for building apps with Svelte, complete with server-side rendering, routing, code-splitting for JS and CSS, adapters for different serverless platforms and so on.”

SvelteKit has been in development for about a year and is still in beta, although some users are already using it in production, Harris said.

In a LogRocket blog post, Debjyoti Banerjee said “Svelte is a component library like React, and SvelteKit is the app framework like Next.js. While similar, the reason Svelte stands apart from React is because it provides a different way to think about web apps.”

Banerjee further explained that React uses virtual DOM diffing to decide the changes needed to update a UI, but Svelte is a compiler, which compiles your code and converts the Svelte components into JavaScript to render and update them, making it faster and lighter.

“SvelteKit then does all the heavy lifting of setting up an app with server-side rendering, routing, and more, just like Next.js…,” Banerjee said.

The Case for Svelte at Vercel

Rauch said he designed Vercel to be a pluggable platform. “That’s why we didn’t call it Next.js Cloud, we call it Vercel,” he said. “And we spent a lot of time thinking about ‘what are the best primitives in the world from an infrastructure point of view’ that we can expose to frameworks.”

So, as an example, Next.js was one of the first frameworks that took advantage of serverless infrastructure to give teams the ability to scale basically infinitely according to user traffic. And when Vercel looked at Svelte they saw a framework that was very unique and distinct from what Vercel built with Next.js.

For sure, Next.js was focused on React, and Svelte is its own component system, in addition to a framework in SvelteKit, Rauch noted. Thus Vercel saw that it “had lots of unique characteristics that we thought were going to be very successful in the web ecosystem,” he said. “For example, Svelte, in my opinion, is a lot easier to learn than React.”

“Svelte is architecturally different enough from Next.js that the two groups won’t cannibalize each other significantly,” Cornwall said. “By hiring Rich Harris, Vercel earns the goodwill of the Svelte community. In return, Svelte gets to use the latest Vercel edge primitives before they’re released — and to suggest new primitives that Vercel can implement to keep Vercel’s competitors playing catch-up.”

Meanwhile, my colleague Charles Humble in the pages of The New Stack, wrote: “Svelte is implemented as a compiler, written in TypeScript, and is designed to do as much of the work as it can at build time, rather than in the browser.”

Moreover, Humble noted that Svelte has a combination of a performance advantage and smaller size than competing frameworks, which “means that you can build more ambitious web applications, and also makes Svelte a good option for targeting lower-powered devices such as smart TVs, smartwatches, and Point of Sale systems.”

In addition, Humble explained that ” Svelte is a compiler for building web UI components, but it isn’t a complete solution for building web applications and lacks things such as server-side rendering, routing, and code-splitting for JS and CSS.”

Thus the need for SvelteKit.

Overall, ” Vercel is making a smart bet at a great price,” Cornwall said. “Svelte doesn’t have a lot of users compared to React or Vue, but it’s growing fast. In the 2021 StackOverflow survey, Svelte was number 17 on the list of commonly used frameworks (2.59% of pro developers used it at the time of the survey), but number five on the ‘Wanted’ list (6.57% of respondents who aren’t developing with it but want to do so). People who use it seem to love it — Svelte topped the ‘Loved vs. Dreaded’ list of web frameworks. In other words, Svelte is in the early adopter phase and is ramping up fast.”