Vincent Batts: An Open Source Career from KDE to OCI 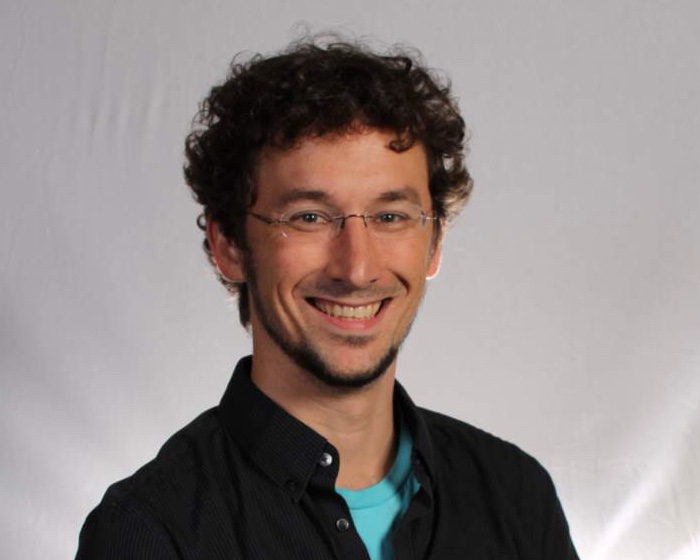 Slackware introduced him to the world of open source contributions, he never looked back.

Vincent Batts is a principal software engineer who started his work in Red Hat’s Office of the CTO on OpenShift, improving communication between contributors and building partnerships. He’s focused now on Red Hat’s work with the Open Container Initiative (OCI) but has contributed to many enterprise open source projects throughout his career.

Batts studied engineering at the University of Alabama-Birmingham but took a pause during his stint there, which included working within the IT department of a local banking institution.

“I ultimately did return to school and finished a degree in accounting and international business,” said Batts. “By the time I graduated, however, I was already working at my first start-up and ultimately ended up leaning more on my experience in IT versus my educational background.”

After his education, Batts started in IT for an online banking institution, where his work primarily focused on systems and connectivity. After that, he went to a startup that provided unified displays for hospitals to have a single-pane-of-glass view of various mainframe-level systems information.

Batts went to work for Akamai, focused on CDN (content delivery networks) and securing the company’s backend systems. That’s when he joined Red Hat IT, helping to further enhance how Red Hat’s products were delivered by the Akamai CDN. That job led him into a role on the OpenShift team.

He has been at Red Hat for five years now. For the last three years, he has been in the Office of the CTO at Red Hat.

While Batts was working with the OpenShift team, he concentrated on helping the communities develop the upstream technology that OpenShift builds on by providing smoother integrations between various projects and development teams.

“I like to think that I’m good at not just working on the technological components of open source, but also in helping to foster conversations between the people actually building the bits,” said Batts. “I was often the crux in starting up conversations between Red Hat plus another company, either to build a bridge or to help settle a disagreement. Given how experienced I was becoming in this regard, it made sense to move into this type of role full-time inside the broader Office of Technology.”

At Red Hat, his day-to-day activities center around working on the Open Container Initiative (OCI) specifications. A lot of work went into the first release — coordinating with other companies and developers, developing correspondence workflows, helping to draft and finalize documentation, among other things.

“When I was in my early teens, my older brother was in an electrical engineering program and brought home a few install CDs for various Linux distributions. The first one that I fired up was SUSE 5.1, which led me on a quest to build my own computer — a 486sx,” recalled Batts.

Also included in this trove of CDs was an FTP archive full of various open source repositories. Once Batts discovered that, he was hooked. Just like any other desktop Linux user, Batts kept using various distributions to find something that was comfortable for his tastes. Eventually, he became involved in a local user group in Birmingham, Alabama. But he wasn’t involved deeply.

“What eventually did kick-off my more intense work with open source was KDE, or rather my attempt at getting some patches into KDE that addressed some console bugs that I kept hitting,” he said.

However, he didn’t know how to program at the time, so this was his learning experience/wake up call in that regard. He kept up his involvement with KDE over the years, mostly doing user testing and running edge builds.

One of the core contributors to Slackware moved to Birmingham. After talking to him, Batts learned what community involvement really meant. That’s when he started contributing to Ruby and was pulled in as a core team member on Slackware to help with Ruby and KDE. He is still involved with Slackware to this day.

“I owe a deep debt of gratitude to the open source community in general. This involvement is what’s helped me learn what I know now and it also helped to launch me into my current career path,” said Batts.

In addition to being involved with KDE, Ruby and Slackware in the past, Batts is currently involved with OCI, Golang, Moby and many other container-related communities.

“For the Open Container Initiative, I was involved with Golang very early on as a point person for Fedora and CentOS,” he said. “When I started at Red Hat, customers were trying to get various Golang workloads up and running in the previous version of OpenShift (2.0). Containers were in use on OpenShift then, but not in the way that they are now — they were called cartridges and were consumed/created in a different manner. We wanted to find a more unified way to interact with containers outside of cartridges, and it made sense to look at Docker, which was based in Golang.”

As a Docker “watcher,” Batts was monitoring the project to see how it could be consumed by OpenShift to improve container capabilities, and eventually became involved in various steering committees aimed at pulling Docker into OpenShift v3, now known as Red Hat OpenShift Container Platform.

“Even after that happened, I kept working with these upstream communities, eventually shifting my focus to OCI, to make sure that our customer needs were heard and so that Red Hat and OpenShift could stay on top of emerging innovation,” he said.

He wanted the community to win, with Red Hat to have a hand in that success. He believes that the 1.0 release of the OCI runtime and image specifications are very much a showcase of this “winning.”

The Open Container Initiative may not ever have existed if not for the contentious nature of the container space. Before the coalition came together, the container space was fragmented — while docker was the dominant runtime, it wasn’t a true standard, and the volatile nature of the underpinning components made the various communities turbulent, to say the least.

Batts said that OCI wanted to codify the basic pieces of container innovation, specifically the image and the runtime, into true specifications that could then be commoditized for enterprises to actually use.

“No IT shop wants to buy into something innovative only to find that the project dies/changes dramatically and they’re left holding the bag. OCI emerged to combat this and bring containers mainstream. I have to say that I think we’ve succeeded to that end,” said Batts.

OCI has grown as a huge project that’s populated by many, many IT visionaries, including Red Hat, and shepherded by The Linux Foundation. “It has roughly 40 founding members, with many additions since then. In terms of contributions, they come from all over, from IT vendors to end users, true to the nature of the open source world,” said Batts.

“It’s very rare to be able to monetize open source in the first place, but I’m a huge supporter of open source in general, as evidenced by my employer. That said, some of the most toxic components in the open source world come from too much corporate involvement and investment — communities are built, but to achieve very specific ends within a very specific set of criteria,” Batts said. “There’s a balance that I think can be struck. Companies can fund projects, but they must do so in such a way as to not overly dictate how the project is built organically. That’s the beauty of open source and without it, you create something that’s not really open source.”

Swapnil is a journalist and writer who has been covering Linux & Open Source for 10 years. He is also a science fiction writer whose stories have been broadcast on Indian radio and published in leading Indian magazines.
Read more from Swapnil Bhartiya
SHARE THIS STORY
RELATED STORIES
Application Storage Is Complex. Can Automation Simplify It? Case Study: How SeatGeek Adopted HashiCorp’s Nomad Kubernetes Needs to Take a Lesson from Portainer on Ease-of-Use WebAssembly vs. Kubernetes Docker versus Kubernetes: Start Here
TNS owner Insight Partners is an investor in: The New Stack, Docker.
SHARE THIS STORY
RELATED STORIES
Can Observability Platforms Prevail over Legacy APM? Top 5 Considerations for Better Security in Your CI/CD Pipeline The Next Evolution of Virtualization Infrastructure How to Deploy Containers with nerdctl What Is the Docker .env File and How Do You Use It?
THE NEW STACK UPDATE A newsletter digest of the week’s most important stories & analyses.
The New stack does not sell your information or share it with unaffiliated third parties. By continuing, you agree to our Terms of Use and Privacy Policy.