Vint Cerf Warns Humanity: Can Our Data Survive Longer Than A Century? 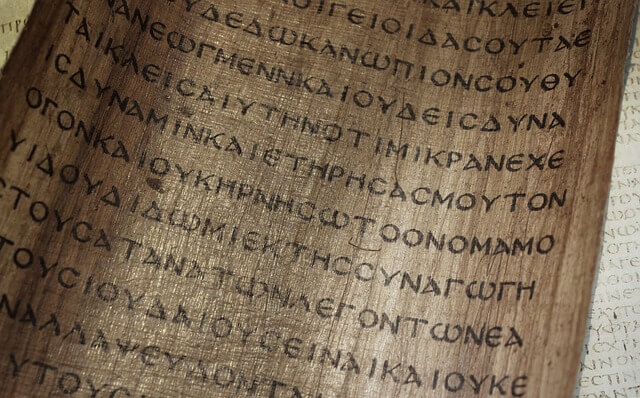 Transmission Control Protocol (TCP) co-author Vint Cerf is hailed as “the father of the internet,” but now he’s worried about an even larger communications protocol, on a scale of thousands of years. How will our civilization communicate with people in the future? When it comes to generations yet to come, how will we preserve the glory that is present-day, 21st-century society?

Yes, we’ve got storage media — but for long-lasting durability, does it really compare with centuries past? “We’re going backward,” Cerf argued in his column published in Communications of the ACM looking fondly back at the history of humankind — and the way bygone eras preserved glimpses of their lives to echo down through the ages. It’s like a tour of humanity’s mediums over the last 17 millennia, offering the breath-taking perspective of a tumble through time.

Cuneiform clay tablets and papyrus manuscripts have successfully stored information for thousands of years. Rag paper and the first photographs, taken on glass plates or on tin, have retained their contents for going on two centuries, now.

Cerf is used to thinking on a grand scale. Besides being an official internet evangelist at Google, he’s also working with NASA to build an interplanetary internet. Reading about the 73-year-old’s technologists, and his meditation on the history of media, I’m left with two thoughts. First, it must be a lot of fun being Vint Cerf. But second, are we really in danger of disappearing from the pages of history?

“Unless we face this challenge in a direct way,” Cerf wrote, “the truly impressive knowledge we have collectively produced in the past 100 years or so may simply evaporate with time.”

It’s a message he’s shared before. “He fears that future generations will have little or no record of the 21st Century as we enter what he describes as a ‘digital Dark Age’,” reported the BBC, in an early-2015 interview. The Beebs also called Cerf “possibly the only Google employee who wears a tie.” The interview took place at the annual meeting of the American Association for the Advancement of Science, where the BBC reported that “His focus now is to resolve a new problem that threatens to eradicate our history.”

And it isn’t just about preserving all the bits. “The more critical question is no matter what the medium is in which digital bits are recorded, how long will we be able to read them, and how long will we make sense out of them…? [E]ven pretending you could read the disk again, do you have the software that knows what the bits mean?’

In a video accompanying their interview, Cerf gently sounded the alarm like the genial assistant professor he used to be. But he makes the case that humanity also needs a standardized description for everything associated with the medium — the application, the operating system. Otherwise, will your great-grandchildren won’t be able to watch any of your home movies. 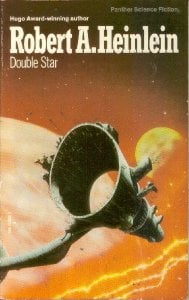 Cerf has spoken about this before, but this time it’s personal. Writing from his home in New Haven, Connecticut, Cerf had pulled from a bookshelf his treasured 35-year-old copy of Robert Heinlein’s “Double Star.” But he was worried about breaking its binding — not to mention its small type — and purchased a Kindle edition instead.

“This experience set me to thinking again about the ephemeral nature of our artifacts and the possibility that the centuries well before ours will be better known than ours will be unless we are persistent about preserving digital content… Just as the monks and Muslims of the Middle Ages preserved content by copying into new media, won’t we need to do the same for our modern content?”

But fortunately, someone’s already working on the problem. In fact, in March of 2015, Cerf reached out to a team at Carnegie Mellon for a demo of their “OLIVE” (Open Library of Images for Virtualized Execution) project, which is attempting to build “a robust ecosystem for long-term preservation of software, games, and other executable content.”

The research team has created an archive of virtual machines — and a fascinating collection of vintage software. There’s the game Mystery House running on a virtual Apple II from 1982, and the original Doom— for DOS — running on a virtual DOS operating system from 1983. They can recreate WordPerfect 6.1 running on Windows 3.1 and NCSA Mosaic on a 1993 Mac.

And if that’s not enough, Cerf’s article also drew some interesting counter-arguments. In the comments on the ACM website, one user suggested that maybe each generation gets a chance to perform a kind of curation on all of humanity’s content, where everything important gets transcribed into the most modern media. And one comforting anecdote suggested that maybe things haven’t become quite so dire just yet after all. “My 60-year-old copy of Robert Heinlein’s Double Star, albeit a bit brown around the edges, using my newly installed cataract lens, is still readable.

“You’re welcome to borrow it. ”