Virtual Clusters are the Future of Kubernetes Multitenancy

Virtual clusters are a new approach that allows teams to share clusters without some of the pain involved with Kubernetes multitenancy.
Jun 28th, 2021 4:10am by Lukas Gentele and Rich Burroughs 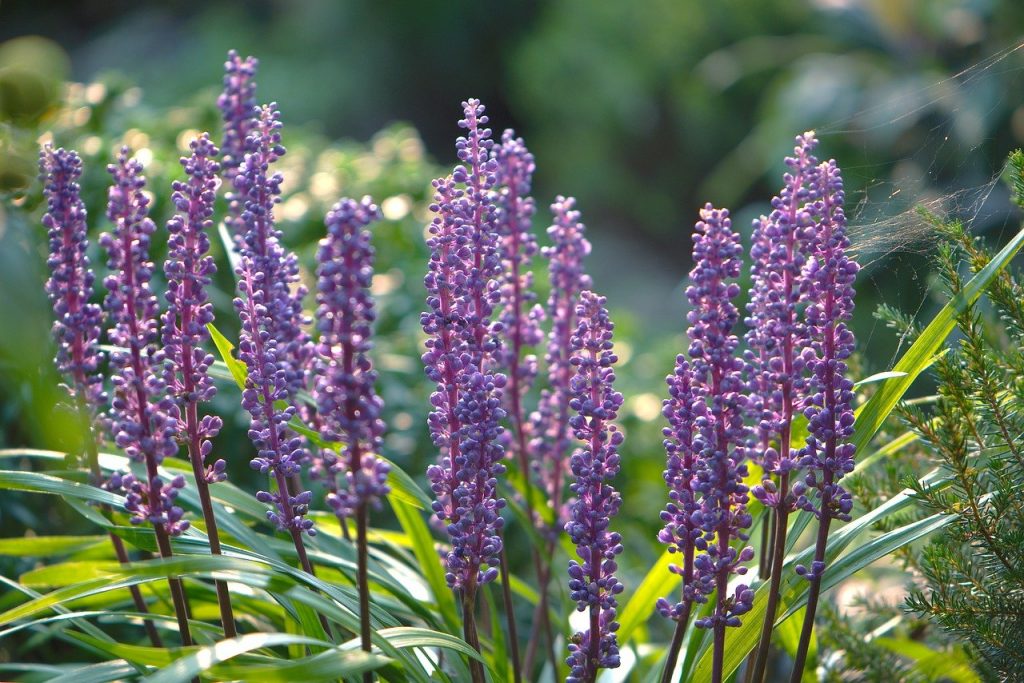 Sharing Kubernetes clusters across teams is extremely difficult. If you talk with people in the Kubernetes community, you’ll often hear them discuss how hard it is to get multitenancy right. This difficulty has led to many companies abandoning multitenancy entirely and instead provisioning dedicated clusters for teams or even individual engineers. However, more clusters mean more cluster management headaches for platform teams, and more energy consumption and negative consequences for the environment, as IBM‘s Holly Cummins mentioned in her keynote from KubeCon+CloudNative Con EU earlier this year.

Virtual clusters are a new approach that allows teams to share clusters without some of the pain involved with Kubernetes multitenancy.

State of the Art: Multitenancy with Namespaces 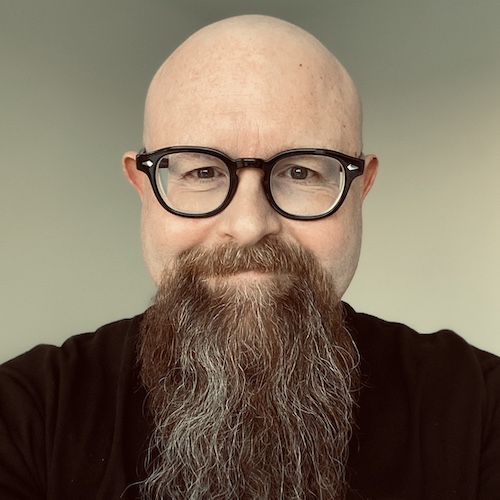 Rich Burroughs
Rich is a senior developer advocate at Loft Labs, where he's focused on improving workflows for developers and platform engineers using Kubernetes. He's the creator and host of the Kube Cuddle podcast where he interviews members of the Kubernetes community. He is a founding organizer of DevOpsDays Portland, and he's helped organize other community events. Rich has a strong interest in how working in tech affects mental health. He has ADHD and has documented his journey on Twitter.

The primary approach to Kubernetes multitenancy is based on the construct of namespaces and strategies to isolate these namespaces. Teams or developers have a dedicated namespace in the cluster and are limited to that namespace by role-based access control (RBAC) permissions. Additional tools like admission control and network policies further limit what developers can do using the cluster.

One of the main stumbling blocks with this namespace sandbox approach is that some Kubernetes objects that developers would like to manage operate at the cluster level, not the namespace level. Say that a developer wants to deploy a Helm chart in a cluster that contains resources like services and deployments, which are namespaced, but the Helm chart also contains custom resources (CRDs), which are cluster-scoped.

That’s impossible in this namespace sandbox model because the developer will not have sufficient RBAC permissions outside of their dedicated namespaces.

The Idea Of Virtual Clusters

With a virtual cluster, a user is presented with a virtual representation of a cluster with its own control plane. It appears to be working exactly like a full-blown Kubernetes cluster, and its API requests are isolated from other users. A virtual cluster can run entirely within a namespace of a host cluster, depending on the implementation, and usually has a separate data store (think etcd) for objects that are created inside the virtual cluster. 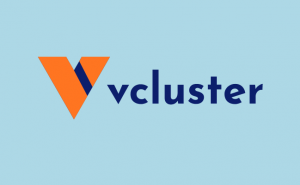 These two projects have different takes on how to implement virtual clusters, but share the goal of enabling platform teams to reduce cluster sprawl.

As we mentioned, the standard approach for multitenancy so far has been namespace-based isolation of tenants using tools like RBAC, admission control and network policies. Security becomes a big concern when sharing resources like a Kubernetes cluster and the default security behavior is “deny all.” Platform teams operating a shared cluster will likely lock down user access to a namespace, and network policies can restrict which resources a pod can connect to, for example.

This deny-all approach can have a very negative impact on developers’ ability to get their jobs done, though. As they add functionality to their applications, they have to work closely with platform and security teams to get the right level of access for their pods. 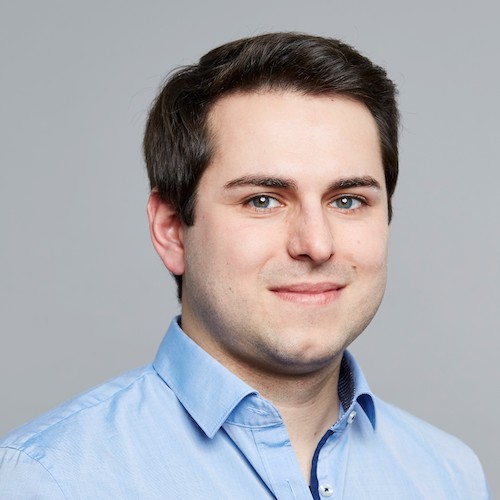 Lukas Gentele
Lukas Gentele is the CEO of Loft Labs, a startup that builds open source developer tools for Kubernetes and helps companies with their transition from traditional to cloud native software development. Before moving to San Francisco to start Loft Labs, Lukas founded a Kubernetes-focused consulting company in his home country, Germany. He has previously spoken at conferences such as KubeCon, ContainerConf and Continuous Lifecycle, writes articles for journals such as Heise and Better Programming, and likes to share his experiences at meetups.

If you’ve ever sat around waiting for another team to provision some infrastructure for you or to open a port on the firewall, you know how painful it can be. These delays not only hurt velocity, but they also reduce developer happiness. As Microsoft researcher Nicole Forsgren and her team mentioned in their excellent paper “The SPACE of Developer Productivity,” “productivity and satisfaction are correlated, and… a decline in satisfaction and engagement could signal upcoming burnout and reduced productivity.” Tooling matters beyond just cycle times.

Platform engineers know that the best approach for productivity is to enable self-service for users. Developers using Kubernetes clusters need infrastructure on demand, and they need the flexibility to deploy more than just pods. They may even need to work across multiple namespaces, for example, when testing several microservices together.

Also, developers in a company aren’t a monolith, and they may have different tooling needs. Some companies like Netflix recognize this, and while there are internal tools available for things like CI and deployment, teams can choose to use different tools that fit their use case. It’s tough to do that in a shared cluster, where tools running in the cluster can affect other teams.

Sharing responsibility for Kubernetes clusters can be contentious. Product engineers and platform teams can have very different goals and may be measured on opposing metrics. This misalignment is the reason DevOps emerged, but we’ve not completely solved this issue yet.

Platform teams generally understand that it’s to their benefit to expand developers’ permissions and empower them to take responsibility. They want to shift left to allow development teams to move faster, while maintaining and focusing on security and stability. But in this model of shifting responsibilities, many questions are to be answered by these teams: Who has access and authorization to perform a task and the expertise to do it? How long does it take for developers to get what they need? What can be automated, and who can automate it?

The momentum for virtual clusters is growing, and it’s easy to see why. Since we’ve launched our open source project vcluster, we’ve seen a lot of interest in the Kubernetes community for virtual clusters. The fact that the WG Multitenancy community has also been working on a virtual cluster implementation shows there is a compelling need for this kind of solution.

Operating multitenant clusters has been onerous for platform teams and frustrating for the people working in restricted namespaces inside these clusters. The promise of Kubernetes is immense, but the lack of support for multitenancy is a huge pain point. Virtual clusters solve real problems that platform teams and developers encounter every day. This is why we believe that virtual clusters are the future for Kubernetes multitenancy. 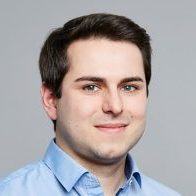 Lukas Gentele is the CEO of Loft Labs, a startup that builds open source developer tools for Kubernetes and helps companies with their transition from traditional to cloud native software development. Before moving to San Francisco to start Loft Labs,...
Read more from Lukas Gentele
SHARE THIS STORY
RELATED STORIES
MicroK8s and Portainer Is The Easiest Way to Deploy an Application on Kubernetes What TNS Readers Want in 2023: More DevOps, API Coverage Kubernetes App Deployment from the Command Line Platform Engineering Won’t Kill the DevOps Star Choosing the Right Container Native Storage for AWS Public Cloud
Kubecon+CloudNativeCon is a sponsor of The New Stack.
SHARE THIS STORY
RELATED STORIES
Prometheus at 10: What's Been Its Impact on Observability? How Capital One Performs Chaos Engineering in Production Swarm, a User-Friendly Alternative to Kubernetes What Trouble Awaits Cloud Native Security in 2023? Choosing the Right Container Native Storage for AWS Public Cloud
THE NEW STACK UPDATE A newsletter digest of the week’s most important stories & analyses.
The New stack does not sell your information or share it with unaffiliated third parties. By continuing, you agree to our Terms of Use and Privacy Policy.