How D3.js Masters the DOM to Visualize Data for the Web 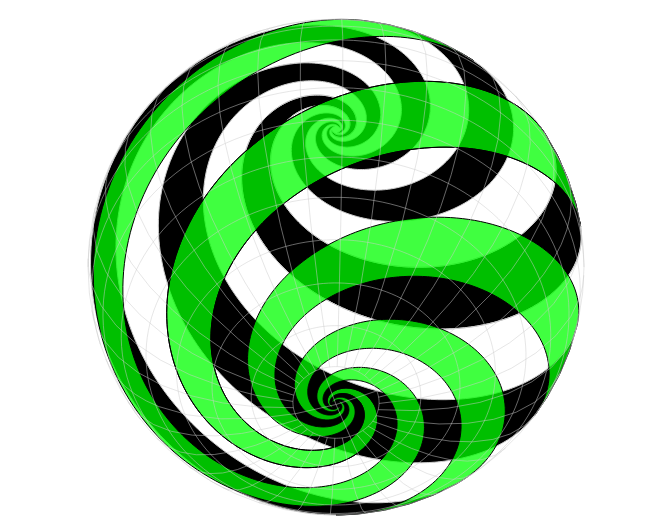 This piece is the first part of a semi-sporadic series to explain the basics of how the D3.js JavaScript visualization library works. 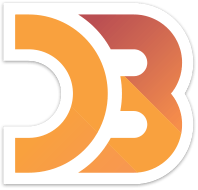 For a visualization tool, the D3.js JavaScript library is a strange beast. It is not a charting package per se, but a set of programming tools to bind data to the Document Object Model (DOM), the interface for representing HTML for browsers and Web applications. For instance, it can create an HTML table from an array of numbers.

If you just need a quick fix for putting up a bar chart on the Web, there are probably other JavaScript libraries better suited. But if you want to really want to be fluid with the visualization on the Web, D3 is your best bet in the long run.

“Here’s the deal. Instead of telling D3 how to do something, tell D3 what you want,” D3.js creator Mike Bostock, has stated, in a somewhat cryptic statement, at least for newbies.

D3 can be a bit daunting to learn, not the least because most tutorials and books dive right in, seemingly out of nowhere, of how the DOM operates. The DOM provides the browser API for HTML, giving the computer a standard way to represent, store and manipulate a document. It is not a programming language per se; it is a model.

D3 relies on a set of other Web standards as well. It is written in JavaScript, uses SVG for the graphics, CSS for display and layout, and DOM to embed the visualizations with the Web page.

In other words, D3 throws a lot at you. This set of tutorials, of which this is the first installment, will break it down into more bite-sized chunks, using code snippets from Bostick and other sources.

Of course, if you wanted to create graphical elements you could just program the DOM directly. Bostick provides an example of how to add a div to the body element…

..which the browser renders as:

Viewing the source code directly from the browser doesn’t show the div on the page, by the way, just the D3 code; instead, you have to open up the developer tools package within your favorite browser to view the div element:

So that is pretty cool. But it doesn’t scale well for the programmer. Say you want to use a bunch of Divs to create a bar chart (a Web design no-no, but stay with us here). Using the DOM, it would be messy for the programmer as it requires the programmer to write out iterations and have the program keep track of state, as this example from the D3js.org site shows. here is the proverbial bar-chart rendered with the DOM directly:

Generally, Web developers loathe working with the DOM directly for exactly this reason. Instead, D3 takes a declarative approach. Instead writing each bar out by hand, the developer can write out a general formula for creating the bars. The same bar chart that could be rendered with the above code could be done thusly within D3.js:

In an accompanying CSS block (not shown), the developer would specify how the bars should be created. In both the DOM and the D3 approach, the same bar chart is produced:

So how does D3 work? To render a “hello world” inside the div tag within D3 would require the following as coded by Bostick:

That code goes into a set of script tags.  And, of course, you need a pointer to a copy of the library—either your own copy or on of the D3 site—somewhere in the head of the document:

In the above code, you are appending the div tag and then putting some text in there. See, The beauty of using D3 is that it allows you to specify CSS and HTML constants, such as div or style, as functions. Containers, attribute values, class and ID names of HTML tags are also fair game for D3 manipulations.

Making use of the W3C Selectors API recommendation, D3 allows you specify groups of elements as a selection.

“Working with elements en masse gives selections their power; you can manipulate a single element or many of them without substantially restructuring your code. Although this may seem like a small change, eliminating loops and other control flow can make your code much cleaner,” wrote Bostock in a tutorial.

Next, you got to learn how to read D3. D3 uses a syntax of method chaining, which JavaScript people may know from jQuery. The chain syntax allows you to link multiple methods together in a sequence, using the period (“.”) to tether them together.

With syntax chaining, the above script code can be simplified as:

So, .select, or .selectAll, selects the elements, .append adds the HTML tags, and .text inserts the text.

So we know we can manipulate the elements through D3’s control of the DOM. The next step is to bind the data—the data you want visualized–to the elements. Data in, visuals out, yes?

We do this through the selection.data call.  Data can be an array of pretty much anything, including numbers, strings, or objects other arrays or key/value pairs, wrenched from a database or some other source using your favorite tools for the task. Simply declare the dataset array as a variable:

Then call it after a selectAll with the element they are being added to:

Keep in mind you don’t have to have all the elements created on the page when you call this. You use the enter method to create a placeholder element to pass the data item to. In this example, shamelessly lifted from Scott Murray’s awesome set of D3 tutorials, the .append will create the missing elements and bind, or attach, the data elements to them. Thusly…

…Will get you a list of your data set. Here, the .text operator allows you  can take a function as an argument. In this case “d” is the data element that is being called that each iteration, it could be called anything. This function…

… takes the input value handed to it, here defined as “d” and returns a string “This is data element #25” for the fourth data element, and so on…

The .text operators are one of a number of D3 methods that can take functions as argument. This is where D3.js starts to get really powerful in the flexibility it can offer.

In addition to accepting functions as arguments, D3 also has other methods for setting HTML attributes and CSS properties on selections. In the next set tutorial, we will cast away our inappropriate use of the Div and get into some real design, using SVG. Stayed tuned.

Joab Jackson is Editor-in-Chief for The New Stack, assuring that the TNS website gets a fresh batch of cloud native news, tutorials and perspectives each day. He has logged over 25 years in infrastructure IT journalism, including stints at IDG,...
Read more from Joab Jackson
SHARE THIS STORY
RELATED STORIES
Presto: Data Analytics on an Open All-SQL Platform Hybrid Data Collection from the IoT Edge with MQTT and Kafka AWS Brings AI/ML Training to Community, Historically Black Colleges The Architect’s Guide to Data and File Formats  Get Started with Text Classification
TNS owner Insight Partners is an investor in: Simply.
SHARE THIS STORY
RELATED STORIES
Why You Need a Centralized Approach to Monitoring  Hybrid Data Collection from the IoT Edge with MQTT and Kafka Why Web3 Needs a Real-Time Data Layer Now More Than Ever Data, Analytics and AI: What Will Happen in 2023 What Is a Column Database and When Should You Use One?
THE NEW STACK UPDATE A newsletter digest of the week’s most important stories & analyses.
The New stack does not sell your information or share it with unaffiliated third parties. By continuing, you agree to our Terms of Use and Privacy Policy.