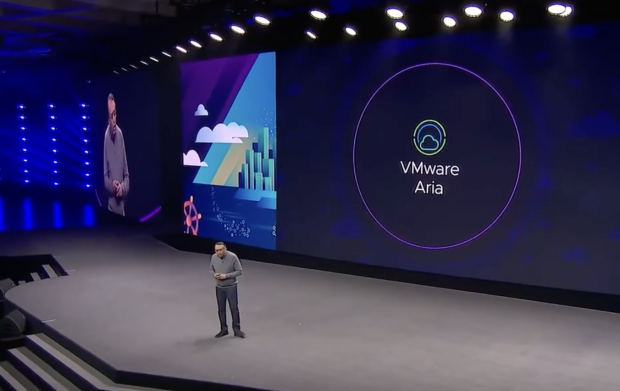 VMware this week made a slew of announcements that place the software maker smack dab in the middle of the key players in the multicloud management space.

One of the biggest announcements at the VMware Explore 2022 conference this week was VMware Aria, a portfolio of multicloud management offerings that is powered by VMware Aria Graph. Aria Graph is a graph-based data store technology built organically at VMware that captures the complexity of multicloud environments. 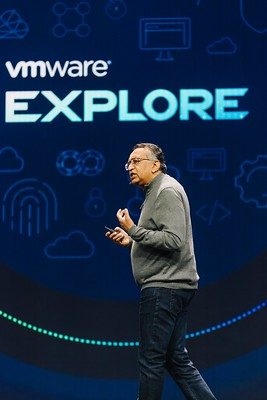 VMware Aria Graph is a data store for multicloud that manages the relationships of millions of objects, said Purnima Padmanabhan, SVP and GM of the VMware Cloud Management Business Unit, in a press briefing. And it is not just about scale, but being able to capture the near real-time nature of the change that is happening with event-based approaches, she noted

“The best part of Aria Graph is an API using the GraphQL model that gives developers immediate access to this information, information about their applications — how they are configured, what are their dependencies, how much do they cost, how are they performing?” Padmanabhan said. “All this information from a single, central API, irrespective of which product is feeding that information. And we can collect this information and put it at the fingertips of developers and operators from many different sources, not just VMware product management products, but also third party products.”

The unified GraphQL API simplifies consumption by both developers and ops teams. It also serves as a developer-friendly, consistent interface to multicloud environments. And GraphQL queries provide fast, efficient access to data.

“The new Aria Graph data store keeps track of application infrastructure and data dependencies across clouds, data centers, and edge locations, and constitutes the new backbone for VMware’s Aria product portfolio to continuously optimize application environments without loading up on operational risk,” said Torsten Volk, an analyst at Enterprise Management Associates. “While this is very exciting, there is still much work to do for VMware when it comes to integrating the large vRealize portfolio into one consistent platform.”

Understanding the characteristics of the target cloud from a cost, performance, and security perspective and comparing it with other cloud options is dependent on having a map of the relationships of all the objects and workloads across those cloud environments, Padmanabhan said in a blog post. “This is precisely what VMware Aria’s new datastore — VMware Aria Graph — is designed to do,” she explained. 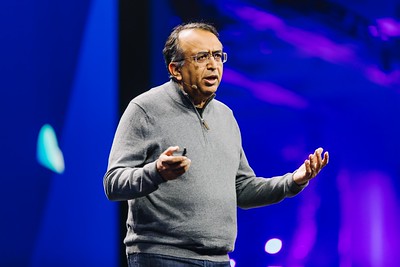 “If you think about back when Google first came about, their genius was they created a graph of the web, with all those web links,” said Rangarajan Raghuram, VMware’s CEO, in a keynote at the conference. “We have done something similar. We have created a graph of all of your cloud assets, you know, hundreds of thousands VPCs and Kubernetes clusters and serverless and on-prem and so on and so forth. And using this graph, we can do all sorts of management and security tasks and automation that you could never think of before.”

VMware Aria Graph will be made available to customers as a capability within VMware Aria Hub. First introduced at VMworld 2021 as Project Ensemble, VMware Aria Hub provides centralized views and controls to manage the entire multicloud environment.

“VMware’s primary messaging this week surrounded its ability to act as the cloud industry’s Switzerland and provide agnostic multicloud management across VMware and non-VMware platforms,” Charlotte Dunlap, an analyst at GlobalData, told The New Stack. “The problem is that most of its cloud and platform rivals make the same management claims. But VMware definitely put its stake in the ground around DevOps, finally extending Tanzu to address key ops concerns, including some stand-out innovations such as a consolidated, near-real-time view of all apps running across multiple clouds — called VMware Aria Graph.”

Dunlap is right in that VMware Aria has echoes of offerings such as Microsoft Azure Arc and Google Anthos. In addition, Dunlap said she would like to hear more about its intelligent automation and observability roadmap going forward.

VMware’s vision for the new Aria product brand is to bring one unified set of cloud services to developers and operators.

“This would ultimately offer consistent APIs and CLIs for developers to deploy and run their applications across any supported data center, public cloud and edge environment, without code changes,” Volk said. “Operators could use their existing operations tools to manage, optimize, and upgrade any application infrastructure, based on one centralized set of policies.”

Finally, organizations could use the same cloud engineers to manage application platforms on-premises and in the public cloud. The new Aria Central is the first step in the direction of integrating VMware’s automation, operations, and cost management portfolio into one multicloud management platform, Volk told The New Stack.

However, “the most exciting automation service offered at launch are Automation Cloud Guardrails,” Volk said. “This is based on the Idem project by the SaltStack guys  — which VMware acquired in 2020 — and aims to automatically apply a unified set of policies (e.g. for cost control, security, performance, scalability) across public clouds and on-premises locations that should enable use cases such as allowing software engineers to request Kubernetes clusters on top of vSphere, AWS, Azure, GCP, and other supported cloud platforms.”

With the VMware Aria launch, we are unifying VMware Cloud Management in four key respects: