VMware Tanzu is out to simplify the often complicated Kubernetes experience for developers by providing an opinionated developer platform that eliminates complexity and offers guardrails via templates with baked-in security, compliance and best practices to suit enterprise needs.
Sep 13th, 2021 3:00am by Darryl K. Taft 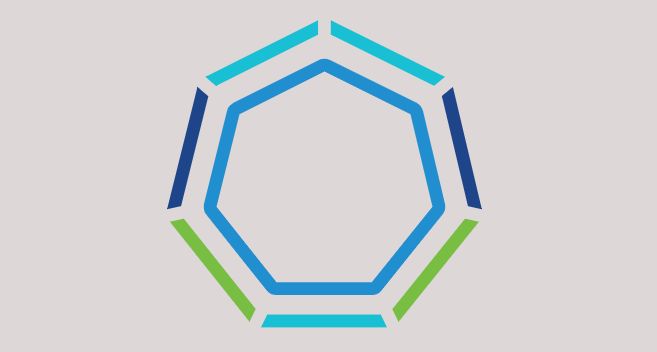 Enterprise software provider VMware is out to help developers deliver better multicloud experiences on Kubernetes with its recently released beta of the Tanzu Application Platform (TAP).

Overall, the goal of TAP is to simplify the often complicated Kubernetes experience for developers by providing an opinionated developer platform that eliminates complexity and offers guardrails via templates with baked-in security, compliance and best practices to suit enterprise needs.

“It’s great to see a set of VMware supported enterprise-grade Kubernetes services that automate the process of turning code into containerized applications or microservices,” said Torsten Volk, an analyst at Enterprise Management Associates. “Developers hate having to figure out how to best get this done in a secure, efficient, and consistent manner. All they now have to do is provide some basic application parameters and TAP will get everything running on TKG, AKS, GKE, or EKS.”

VMware wants to enable developers to quickly begin building and testing applications regardless of their familiarity with Kubernetes.

“Starting with the templates, developers turn source code into a container and get a URL to test their app in minutes,” VMware said in a statement describing TAP. “Once the container is built, updating it happens automatically every time there’s a new code commit or dependency patch. And connecting to other applications and data, regardless of how they’re built or what kind of infrastructure they run on, has never been easier thanks to an internal API management portal.”

Graham Siener, vice president of product at VMware, told The New Stack that TAP is intended to strike a balance between building strict abstractions around Kubernetes and leaving developers on their own.

“We don’t believe that apps should be platform aware, we don’t believe that developers should have to know Kubernetes to be successful, but at the same time, we want to expose those layers and let them go as deep as they need to go,” Siener said. “In that regard, I think we’re really different because we’re trying to toe that line and help the customers that are that are leveraging this to find what is the right balance for them in terms of their own organizational maturity, and in terms of the kind of maturity of their teams.”

The VMware Tanzu Application Platform is a direct rival to Red Hat OpenShift.

The newest phase in app modernization is integrated observability and infrastructure modernization, improving developers’ ability to understand the performance and integration issues occurring between microservices apps and underlying systems, and reducing coding requirements for obtaining such insights, said Charlotte Dunlap, an analyst at GlobalData.

“Because of VMware’s expertise in IT infrastructure the company has some advantages, making Tanzu an even greater threat to platform competitors,” she said. “However, VMware’s archrival Red Hat OpenShift is investing in similar DevOps models including Red Hat Insights — a predictive analytics monitoring offering enhancing visibility across hybrid to multicloud operating deployments.”

Meanwhile, VMware was in a “double pickle” with an aging Cloud Foundry platform and with its virtualization platform due to the adoption and success of Kubernetes, said Holger Mueller, an analyst at Constellation Research.

“Luckily it [VMware] has been working on its Tanzu Application Platform for a while, so now there is a modern successor to Cloud Foundry containers and VMware has a hand into future workloads — which is crucial for a vendor who ‘owns’ on-premise workloads,” he said. “For developers this is great news, as a managed Kubernetes offering like TAP makes their life easier, eliminating a lot of the low-level plumbing and related headaches, but allowing them to achieve higher developer velocity on what matters — automating business problems.”

However, now the Tanzu innovation is coming to Azure with Azure Spring Cloud Enterprise — making it easier for Spring developers to benefit from Tanzu innovation, “Why VMware/Microsoft have not brought the new Tanzu Application Platform to Azure remains to be seen,” Mueller noted.

Moreover, VMware’s decision to abandon “the apparently excruciatingly difficult effort” of running and managing Cloud Foundry apps and Kubernetes container apps side by side gets a thumbs up from Volk.

“VMware needs to focus its resources on winning the Kubernetes battle against OpenShift,” he said. Reviving the flailing Cloud Foundry platform would be a distraction.”

Darryl K. Taft covers DevOps, software development tools and developer-related issues from his office in the Baltimore area. He has more than 25 years of experience in the business and is always looking for the next scoop. He has worked...
Read more from Darryl K. Taft
SHARE THIS STORY
RELATED STORIES
Agent-Based vs. Agentless Security: Which Approach Is Better? Kubernetes App Deployment from the Command Line Swarm, a User-Friendly Alternative to Kubernetes I Need to Talk to You about Kubernetes GitOps Crossplane: What Most People Get Wrong (and How to Get It Right)
Amazon Web Services, Cloud Foundry, Red Hat, Triggermesh and VMware are sponsors of The New Stack.
TNS owner Insight Partners is an investor in: The New Stack.
SHARE THIS STORY
RELATED STORIES
4 Cloud Security Considerations for Financial Services Firms Kinsing Malware Targets Kubernetes What Is the Docker .env File and How Do You Use It? Entrepreneurship for Engineers: Building for Customers’ Love Swarm, a User-Friendly Alternative to Kubernetes
THE NEW STACK UPDATE A newsletter digest of the week’s most important stories & analyses.
The New stack does not sell your information or share it with unaffiliated third parties. By continuing, you agree to our Terms of Use and Privacy Policy.