VMware has released Essential PKS, a platform for organizations that want to build out custom deployments of Kubernetes, but also have access to expert support.It’s a complement to two previously announced offerings: Enterprise PKS, a tightly-packaged way of consuming Kubernetes, and Cloud PKS, a SaaS-based Kubernetes service that’s still in beta. Both provide lifecycle management, registry and other components for running Kubernetes workloads.
Feb 26th, 2019 8:29am by Susan Hall 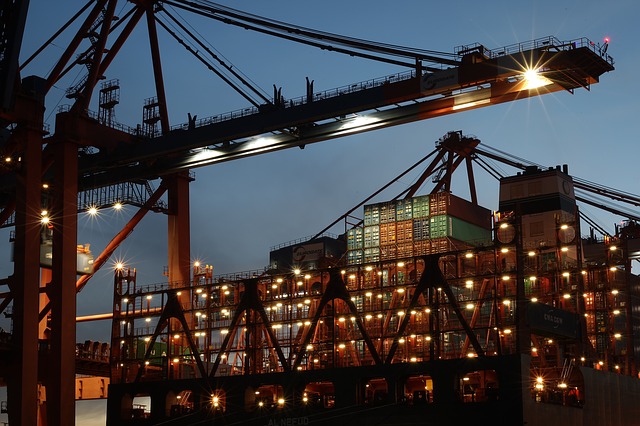 VMware has released Essential PKS, a platform for organizations that want to build out custom deployments of Kubernetes, but also have access to expert support.

He’s referring to the company’s $550 million acquisition last November of Seattle-based Heptio. It’s the startup from Joe Beda and Craig McLuckie, who along with Brendan Burns — now with Microsoft, originally created Kubernetes at Google.

Heptio’s vision was to make Kubernetes more accessible to users.

There are three parts to Essential PKS: the latest, stable version of upstream Kubernetes; expert support;  and reference architectures to inform design decisions, including technologies that came with the acquisition such as Contour, Sonobuoy and Bolero.

“The kind of customer that would be attracted to Essential PKS is usually going to be a larger, more complete enterprise that has very specific requirements, very specific technologies they want to use or environments they want to run on,” said  Buchanan, who also came from Heptio. “Because they’re a larger, more complex enterprise, they’re more likely to have the internal expertise to participate in the design of that footprint, then to operate it going forward.”

Enterprise PKS is a much more turnkey offering, while Cloud PKS is more geared toward customers that don’t want to manage or maintain their clusters.

PKS (Pivotal Container Service), is an enterprise-grade Kubernetes distribution (both Pivotal and VMware are owned by Dell). However, all three of the VMware PKS offerings are built on a framework of upstream vanilla Kubernetes, Buchanan said.

“We believe that gives customers the best portability across environments, and given how fast this market is changing, that’s really important,” he said.

The reference architectures help customers figure out a lot of decisions that need to be made early on.

“What tools do I use for monitoring, logging, tracing? Customers don’t necessarily have a lot of expertise because Kubernetes is a young technology,” he said.

“They’re looking almost for a blueprint: What technologies work well together? What have other enterprises like mine deployed into production? That’s why we’ve built out and are expanding our libraries of those reference architectures.”

A number of Heptio field engineers who came with the acquisition are now known as the Kubernetes architect team. They’re injecting a high degree of hands-on expertise that will help the company scale and reach more VMware customers, he said.

Over past 12 months, VMware was the third largest contributor to the overall open source Kubernetes project, something the company plans to continue, Buchanan said.

Gregg Moskowitz, then senior infrastructure software analyst at Cowen & Company, asserted in a report before the acquisition that VMware was continuing to underplay the container movement.

“The good news for VMware is that we think most organizations will initially deploy containers within a vSphere environment. That should enable them to navigate the container threat over the medium term,” he said. “Nevertheless, there is some long-term risk for vSphere in our view.”

VMware asserts that more than 80 percent of containers run on virtual machines, and that number is growing. The Heptio acquisition was seen as a way to quickly ramp up its Kubernetes capabilities.

While many organizations are migrating VM-based applications to containers, virtualization is still pervasive in both the data center and public cloud, Red Hat’s Joe Fernandez wrote recently for The New Stack. He noted that VM usage is evolving across multiple layers of the Kubernetes stack.

The Cloud Native Computing Foundation, Pivotal and VMware are sponsors of The New Stack.,

Susan Hall is the Sponsor Editor for The New Stack. Her job is to help sponsors attain the widest readership possible for their contributed content. She has written for The New Stack since its early days, as well as sites...
Read more from Susan Hall
SHARE THIS STORY
RELATED STORIES
MicroK8s and Portainer Is The Easiest Way to Deploy an Application on Kubernetes Kubernetes App Deployment from the Command Line Why Your Kubernetes Ship Is Sunk without Machine Learning Docker Swarm, a User-Friendly Alternative to Kubernetes Kinsing Malware Targets Kubernetes
TNS owner Insight Partners is an investor in: The New Stack.
SHARE THIS STORY
RELATED STORIES
Rethinking Java @Scheduled Tasks in Kubernetes Kubernetes Needs to Take a Lesson from Portainer on Ease-of-Use Data, Analytics and AI: What Will Happen in 2023 What Is the Docker .env File and How Do You Use It? Install Minikube on Ubuntu Linux for Easy Kubernetes Development
THE NEW STACK UPDATE A newsletter digest of the week’s most important stories & analyses.
The New stack does not sell your information or share it with unaffiliated third parties. By continuing, you agree to our Terms of Use and Privacy Policy.