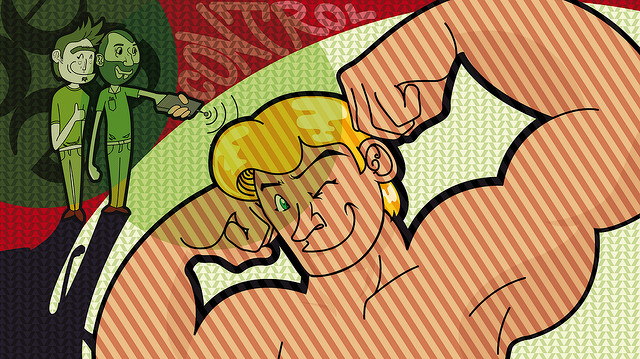 As promised, VMware has released the code of its Photon Controller as an open source project.

It had announced plans for the project back in August when it unveiled the Photon Platform, billed as an alternative to vSphere, intended for “cloud-native” containers only and for data centers intending to deliver software as a service (SaaS) where vSphere is not already established, nor intended to be established. The company announced the release at the Dockercon EU conference, being held this week in Barcelona.

The Photon Platform consists of Photon Machine, which includes what VMware calls a “microvisor” based on ESX and its lightweight Photon OS; and Photon Controller, its distributed, API-driven multi-tenant control plane. The  platform was built for scalability, churn and high availability.

While the Photon Platform will be a subscription service, access to the Controller will be free — it’s available on GitHub. VMware’s also offering a bundled service with Pivotal Cloud Foundry.

“We really wanted to build a platform built around container- and microservice-based frameworks. It treats container schedulers like Mesos, Kubernetes and Cloud Foundry as a first-class entity,” said Jared Rosoff, chief technologist for the Cloud-Native Apps division of VMware.

“We can ask it to create a Docker Swarm cluster for us, a Kubernetes cluster or a Mesos cluster. It has built-in knowledge of those frameworks; it can deal with those logical cluster entities just like it would deal with disks, VMs or other frameworks. It simplifies the provisioning and administration of next-generation workloads.”

He made no bones about trying to attract business through developers.

“Software developers are making a lot of technology choices. They’re choosing technologies like Kubernetes, Docker and Swarm. The technologies they’re choosing are predominately open source and favor this model of frictionless adoption. We wanted to use this developer-driven adoption strategy to minimize all the barriers to adoption, [to] make it really simple for developers to pull it down and start building applications on top of it rather than send a sales rep in to try to sell it to your CIO.”

Photon Controller has a number of loosely coupled components or services managed through Apache Zookeeper:

As to what VMware foresees for the open source project,  Rosoff pointed to customers and partners interested in collaborating on this platform, with Pivotal as one example.

“Pivotal found that a lot of customers were being held back by trying to get an OpenStack deployment up and running. We’ve found Photon is much simpler to get up and running, so that creates a really interesting joint bundle,” Rosoff said.

“We’ve also got storage vendors looking to create a simpler models of mapping their infrastructure up through the Photon API set; we want to work with the community to enable other hypervisors and bare-metal OSes working through here, it could be controller working on top of Hyper-v or KVM on a bare-metal Linux host; and we see a lot of customers interested in the concept of an extensible control plane, perhaps they have their own application-serving infrastructure or platform-as-a-service framework they want to use,” Rosoff said. “By making it open source, the way we architected the system, you can make some of those built-in features of the cloud rather than making them bolt-ons that sit on top of it.”

Analyst Tim Crawford, a CIO strategic advisor with AVOA, however, has his doubts.

“Honestly, I’m a bit ambivalent about the solution,” he said. “This really only applies to new application development and there are a number of competing solutions. I just don’t see mass adoption of Photon across the enterprise base.”

Feature Image: “we got control” by E. Alejandro O, licensed under CC BY-SA 2.0.