At its VMware Explore conference last week, the infrastructure software company looked for new ways to reach out to developers, including the use of development platforms such as Backstage.
Sep 7th, 2022 11:09am by Alex Williams 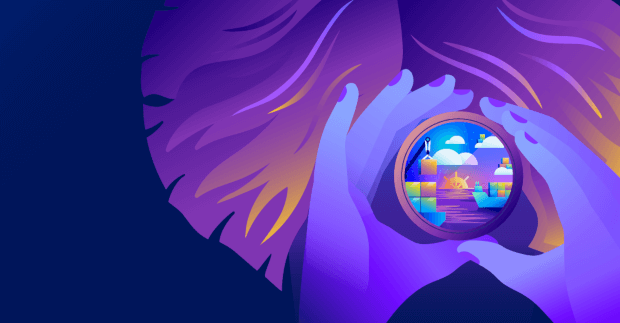 Infrastructure software provider VMware may be targeting developers, but in today’s market, it’s the platform engineer the company is trying to reach.

“And depending on the organization, the charter of the platform teams could be very much focused around the developer experience and application operations and could be broad enough to encompass the operational concerns.”

The VMware vision is to provide a single platform for developers to build applications that run and operate on any cloud where they are no longer responsible for all the security, compliance, and operational concerns, said Patel. Platform engineers build platforms that integrate developers, security teams, and operations people. A platform engineering story helps create a narrative that VMware is pushing a developer-first model encompassing a DevOps approach that includes operations engineers, application engineers, or architects with a background in systems resource engineering.

Patel gave an example of a developer who first gets a service catalog, a palette. Then the pipeline is defined where they codify the security and the supply chain.

A developer will start by building images in a GitHub repo, but from there, it needs to go to staging, testing, and production. There are dependencies — all the things to make the application a reality. That may be a messaging service such as Kafka and all the dependencies that need to be available. The team may require more security, such as baking the security policy into the pipelines.

Once past deployment comes the day two challenges that require the operations teams to manage. The focus turns to issue resolution, if an app goes down or the service may be unavailable. The platform then comes together, integrating development, security, and operations.

“It goes back to all the different developer experience pieces we talked about,” said VMware Chief Technology Officer Kit Colbert. “So it’s like, how do you give them (developers) the sort of primitives they need? Backstage does much of the orchestration automation to set up cloud services.”

Backstage allows an administrator to give developers a catalog of options from the public cloud or on-premises. The goal is to make it easy for platform engineers to pick and choose what they need.

The platform teams VMware sees using Backstage have a strong developer focus, Patel said. They often have a developer experience initiative underway. They are application architects, cloud architects — the people looking to create the patterns, the accelerators — the repeatable stuff they can hand to developers. They are curating the service catalog and looking at secure services to use.

VMware takes an opinionated approach, reminiscent of the Pivotal culture deeply embedded into VMware. Pivotal formed when spun off by EMC and VMware, which at the time was majority owned by EMC. Pivotal went public in 2018. In 2019, VMware acquired Pivotal. EMC previously held a majority piece of VMware.

Pivotal championed Cloud Foundry, originally a VMware project. Over time, Cloud Foundry served as a centerpiece for Pivotal and its product line. VMware then acquired Heptio, a company started by the creators of Kubernetes. The Kubernetes legacy, and that of Cloud Foundry, has served as the foundation for VMware’s cloud native focus. “VMware folded Pivotal into the Tanzu application suite, with the Pivotal Labs consulting group rebranding to become VMware Tanzu Labs in January 2021,” according to Wikipedia.

VMware’s next step is to build out-of-the-box offerings that integrate into TAP, Patel said. For example, there may be a security solution that VMware would offer.

“I see that as Backstage as an example of this,” Patel said. “I want to create a full-fledged developer experience around a Backstage portal. I want to use Tanzu Mission Control, an operation portal, to provide the experience for auditing platform operations to provide the service they need to be efficient. How do I manage that at scale, across multiple endpoints?”

There is a reason for VMware to focus on developers.

In the hunt for developers, there will be the need for reusable code that is part of the pipeline, said Rob Hirschfeld, founder and CEO of RackN, an infrastructure as code software (IaC) platform with reusable workflows for use on any platform.

Platform teams exist throughout an organization, Hirschfeld said. Groups are already making platform decisions. The teams already have their tools. What they need is a structure for decision-making.

“Platform teams are about bringing in governance and process and helping disseminate those against the organization,” Hirschfeld said.

Infrastructure-as-Code (IaC) capabilities fit deeply into the pipeline VMware is building. The company has significant investments in IaC. VMware acquired SaltStack in 2020. There is also Concourse, an open source project mentioned by Chip Childers, who is a vice president and chief open source officer at VMware. Childers had previously served as The Cloud Foundry Foundation’s executive director.

And there are more constituencies at VMware, primarily those you see at VMware Explore, such as operations managers and system administrators.

“If I step back and look across the whole VMware portfolio, we are hitting different personas through our open source efforts,” Childers said. There are Java application developers throughout the whole Spring portfolio. There is the platform engineering or platform operators group of people.”

But there are also the more classic sysadmin types that came through through the SaltStack acquisition, Childers said. So all of these different personas can get some value out of the open source projects that take various forms.

“So these are kind of the three that I focus on,” Childer said. “It’s the application developer in the enterprise. It is the platform engineer/operator. And then it’s the classic sysadmins.”

What’s next for VMware’s developer focus will be a topic of interest in the year ahead. Broadcom plans to acquire VMware. We do know Broadcom wants to focus on top-paying customers. Does that mean a continued focus on developers and open source? It would make sense, perhaps even with a solutions focus. Does that mean a continued developer focus and commitment to open source? Some would say yes, but that’s another story.

Alex Williams is founder and editor in chief of The New Stack. He's a longtime technology journalist who did stints at TechCrunch, SiliconAngle and what is now known as ReadWrite. Alex has been a journalist since the late 1980s, starting...
Read more from Alex Williams
SHARE THIS STORY
RELATED STORIES
Port: Platform Engineering Needs a Holistic Approach Platform Engineering Benefits Developers, and Companies too Why Trust and Autonomy Matter for Cloud Optimization SRE vs. DevOps vs. Platform Engineering How Platform Engineering Can Improve DevOps Collaboration
Amazon Web Services, CNCF and VMware are sponsors of The New Stack.
SHARE THIS STORY
RELATED STORIES
Expedia: 3 Tips for More Effective Unit Testing Golden Paths Start with a Shift Left A Brief DevOps History: The Road to CI/CD Platform Engineers: Developers Are Your Customers SRE vs. DevOps vs. Platform Engineering
THE NEW STACK UPDATE A newsletter digest of the week’s most important stories & analyses.
The New stack does not sell your information or share it with unaffiliated third parties. By continuing, you agree to our Terms of Use and Privacy Policy.