VMware continues to define its approach to an open services model, highlighted by Wednesday's acquisition of Bitnami, known for its open source leadership, application marketplace development and packaging of components to run on multiple cloud services.Bitnami has a modular, pipeline approach. It allows organizations to deploy applications to multiple cloud services.
May 15th, 2019 9:09am by Alex Williams 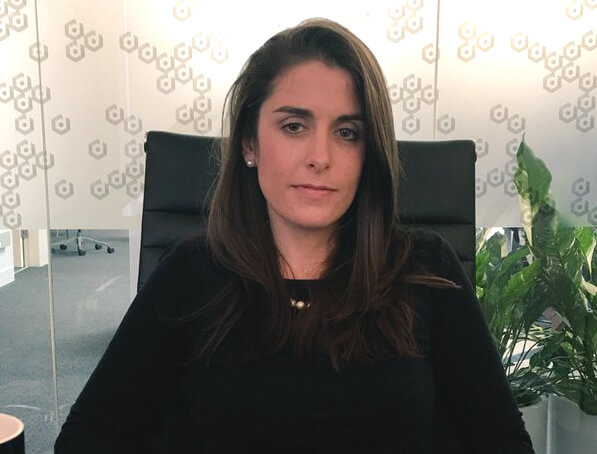 VMware continues to define its approach to an open services model, highlighted by Wednesday’s acquisition of Bitnami, known for its open source leadership, application marketplace development and packaging of components to run on multiple cloud services.

Bitnami has a modular, pipeline approach. It allows organizations to deploy applications to multiple cloud services. It also offers customers the ability to package, deploy and manage their own application architectures across multiple cloud services. Its core service for packaging containers is its Stacksmith architecture, which allows for the deployment of images to major cloud services that include Amazon Web Services, Azure, Google Cloud, Oracle and VMware. Stacksmith builds a Helm chart when running via a container in a Kubernetes environment — the chart provides instructions on the infrastructure and how to deploy it.

Bitnami has its roots as a long-running startup that began in Spain and now San Francisco, the home of its North America corporate headquarters. Led by co-founders Daniel Lopez and Erica Brescia, Bitnami will keep its brand identity and work with VMware in its cloud services group. The terms of the deal were not disclosed. Bitnami has an engineering team that is distributed around the world, still with a core team in Seville, where the company originally started.

The acquisition gives VMware an opportunity to build upon its own marketplace so it may deploy applications and package components to run across multiple cloud services, Lopez said in an interview from Spain. None of the cloud services offer a marketplace that can be deployed to multiple architectures such as what Bitnami offers, he said.

Bitnami is a pioneer in offering pre-packaged images. Six years ago, Bitnami was moving into the new world of app marketplaces, an app store for server software. It continues to be a leader in offering a marketplace of open source enterprise apps.

In Kubernetes came the opportunity to consider the larger application marketplace space to deliver services as applications but also as components, running on the K8s container architecture. Last year, Bitnami launched Stacksmith, to tool that without requiring any code revision, provides templates that bring in all of the required components for the target platform as well as best practices. Afterward, it automates ongoing maintenance tasks including monitoring for updates and security vulnerability patches, according to the New Stack post by Susan Hall last year about the announcement.

For its part, VMware is building a hybrid cloud approach. VMware has been making inroads to develop a business that allows a customer to run its workloads on anything, anywhere. VMware has the infrastructure strength while Bitnami has an application-centric, developer-oriented approach.

VMware will gain in Bitnami a company that in recent years has established itself as a platform for its continued innovations in packaging applications and application components with a cloud native approach. Heptio, a startup out of Seattle, which we have written about frequently, was also recently acquired by VMware.

For its part, VMware is part of a market that has largely not seen container deployments in massive, mainstream fashion. Container architectures are on the rise and the use of multiple cloud services is especially appealing for developers and independent software vendors who may use Bitnami to reach new markets.

The Bitnami acquisition follows VMware’s purchase of Cloud Health, a service for aligning infrastructure to business metrics. Bitnami will provide a platform for helping organizations develop applications across multiple architectures. It may be at the edge with a service like AWS Outpost or through Google Cloud using the Bitnami WordPress Stack.

The marketplace approach, with the packaging that comes with containers and Kubernetes, makes for a potent combination for deploying to one infrastructure or many. The exponential opportunity to reach new developer communities across the cloud services is a dimension that Bitnami provides. As more cloud services attract developers, marketplaces serve as places to deploy applications for consumption by developers or business users.

Bitnami’s engineering team has deep ties in the open source community. They are contributing to Kubernetes related projects such as Helm and Kubeapp. They worked in tandem with Deis, now owned by Microsoft, to develop Monocular, a service described by Bitnami as an open source search and discovery frontend for Helm Chart repositories.

Alex Williams is founder, publisher and editor in chief of The New Stack.

Alex Williams is founder and editor in chief of The New Stack. He's a longtime technology journalist who did stints at TechCrunch, SiliconAngle and what is now known as ReadWrite. Alex has been a journalist since the late 1980s, starting...
Read more from Alex Williams
SHARE THIS STORY
RELATED STORIES
.NET 7 Simplifies Route from Code to Cloud for Developers The Rise of the Kubernetes Native Database 3 Ways an Internal Developer Portal Boosts Developer Productivity Takeaways from the ESG GitOps and Shift Left Security Survey The Latest Milestones on WebAssembly's Road to Maturity
TNS owner Insight Partners is an investor in: The New Stack.
SHARE THIS STORY
RELATED STORIES
3 Essential Tips for Adopting DevSecOps .NET 7 Simplifies Route from Code to Cloud for Developers How Intuit’s Platform Engineering Team Chose an App Definition Install Dozzle, a Simple Log File Viewer for Docker How Donating Open Source Code Can Advance Your Career
THE NEW STACK UPDATE A newsletter digest of the week’s most important stories & analyses.
The New stack does not sell your information or share it with unaffiliated third parties. By continuing, you agree to our Terms of Use and Privacy Policy.