VMware’s vRealize: A Move Toward DevOps for a Market with a New Reality 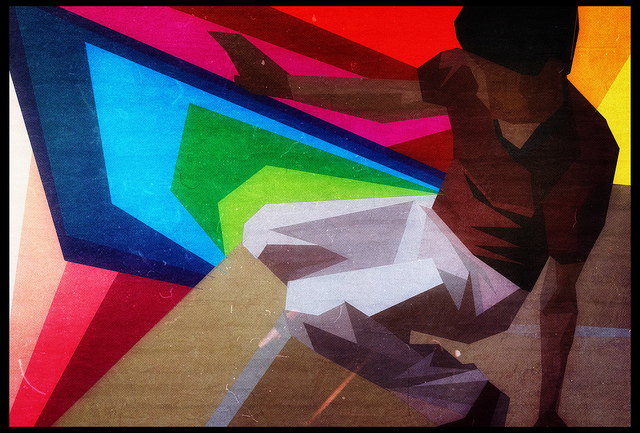 Feature image: “Artwork I Made While watching Style Wars for the First Time / Bomb History” by Surian Soosay is licensed under CC BY 2.0.
TNS Annual Reader Survey
We need your input! Take 5 minutes to chime in and help guide our coverage.
Begin the survey

The economics of enterprise IT have historically been built on inefficiencies. Customers needed custom solutions to make hardware and software systems work together. It required integrating monolithic applications with the heterogeneous environments of the data centers that customers owned. Hypervisors allowed more applications to run on servers but that had additional storage and networking costs.

Enterprise companies have made billions of dollars selling solutions but now the enterprise players have Amazon Web Services (AWS) to contend with. Some are getting smart about the shift to automated resources by offering ways for customers to use AWS and other platforms for developing, deploying and managing applications at scale. In turn, we see more large companies finding ways to seek efficiencies and ways they can adapt.

“We think it’s really important and differentiating to bring those capabilities together in an integrated way to really deliver enterprise-ready cloud management. … to deliver governance, control across the services delivered whether on-prem, in the hybrid cloud, providing not just automation, but operational visibility into the performance, configuration and compliance status of those – and a lot of [competitors] don’t have that business aspect of it, that financial transparence and visibility into that infrastructure service, whether you’re using AWS or vCloud Air – and also the metering and showback,” said Mark Leake, director of product marketing in VMware’s cloud management business unit.

He called the “crown jewel” of vRealize Automation 7 the Unified Service Blueprint, which brings together separate application services into a single-design canvas with drag-and-drop capability.

“You can bring in your services, networking, security — bring them all together to automatically be configured. The beauty of this is you now have an application blueprint that can be deployed in multiple end points on-premise, the hybrid cloud, AWS, vCloud Air, etc. We also have blueprint as a code functionality where you can take these blueprints out of the system, transform them into text, edit them in text form, then reload these blueprints into a service catalog. That really simplifies things as we move toward more DevOps kinds of capabilities,” he said.

“Also closer integration of blueprints with NSX, again with drag-and-drop, you can bring in those load balancing, router, services into NSX as software-defined services. You can tie that in with the rest of the application components. With NSX, you’ve simplified a blueprint with application-level micro-segmentation, so it’s not just security at the firewall, the perimeter, but it’s tied through software-defined network to the application itself as well as the application tiers.”

It says simplified installation reduces deployment time by up to 37 percent and added extensibility means customers can bring in third-party solutions in which they’ve invested heavily over time. Its Event Broker will allow new functionality without changing core code to preserve upgradability. It will also feature simplified consumer APIs for requesting and managing services.

The blueprints are supported on vCloud Air, vCloud Government Service, and vSphere 6 Update 1 as well as Amazon Web Services (AWS), including AWS GovCloud, and OpenStack Kilo.

Meanwhile, vRealize Business Standard 7 allows users to compare the cost of a service on a public cloud to that of a private cloud, to track on a dashboard consumption of services as part of available budget, and can set up alerts when reaching certain points of budget, Leake explained.

With the operations visibility, it also can pinpoint over-provisioned resources and help put a dollar amount on that waste in a bid to help reclaim those resources, he said.

Of course, the refresh is overshadowed by the announcement of the news that Dell plans to buy out VMware parent EMC, an announcement that puts “a black, dark cloud over VMware’s head,” as Daniel Ives, an analyst at FBR Capital Markets, put it to Investor’s Business Daily. And what that buyout might mean for VMware might not shake out for a year or more.

“I think that VMWare is already in scramble mode, so that might intensify it,” analyst Chris Riley told The New Stack. “I think [Dell] will leverage VMware into enterprises to secure hardware sales, and maybe make a big move of more integrated hypervisor and hardware. I’m not sure it spells good news for the initiatives outside of that, including DevOps.”

In another blow, Apple reportedly is not renewing its enterprise licensing agreement for VMware’s ESXi hypervisor and will instead deploy KVM (Kernel-based Virtual Machine). It’s also reportedly considering a switch to OpenStack as it moves to more open source technology. Dell, however, has been a big supporter of Red Hat’s OpenStack business.

Riley said he sees the vRealize announcement as VMware trying to increase its voice with​in the DevOps conversation.​

“They are coming from behind in terms of DevOps, but it is also clear that their definition is IT-centric.​ They still are focused on the data center and not really the software deliver​y​ pipeline, which ultimately maintains their pigeonhole​ with IT,” he said. “Their best chance for making a presence in DevOps is going to be helping their existing install base to unshackle their existing VM environments.”

“While VMware is showing an interest in the overall process flow, it still seems that the vRealize team is very disconnected from the rest, which makes it hard to paint a picture of a complete development stack with VMware,” he said.

Many vSphere enterprise customers have a multi-cloud deployment strategy spanning AWS and Azure, to retain its hold on the private cloud, VMware has to provide hybrid connectivity to these environments, according to analyst Janakiram MSV.

“The unified service blueprint capabilities sound very similar to what cloud-management platform vendors like RightScale and Scalr offer. It also reminds me of AWS CloudFormation and Azure Resource Manager. If customers are able to define unified network configurations and deployment topologies across multiple environments, they would adopt vRealize Suite. It will be interesting to learn how VMware plans to embrace public cloud networking stacks and extend that to NSX, he said.

VMware should make it seamless to move workloads across its vCloud environment and mainstream public clouds. Customers now rely on AWS VM Import/Export service or Azure Site Recovery Manager, but a native tool from VMware would add more value to its customers, he said.

Susan Hall is the Sponsor Editor for The New Stack. Her job is to help sponsors attain the widest readership possible for their contributed content. She has written for The New Stack since its early days, as well as sites...
Read more from Susan Hall
SHARE THIS STORY
RELATED STORIES
Record, Connect and Search DevOps Changes with Kosli Hub and Spoke: A Better Way to Architect Your Tech Stack SRE Fundamentals: Differences Between SLI vs. SLO vs. SLA How and Why to Respond to Incidents the Right Way Ditch Secrets for Identity-Native Infrastructure Access
Red Hat and VMware are sponsors of The New Stack.
SHARE THIS STORY
RELATED STORIES
Case Study: How Dell Technologies Is Building a DevRel Team LaunchDarkly: Feature Management Is a Must-Have Case Study: How BOK Financial Managed Its Cloud Migration Warning: Config Drift Causes a Painful Death for Developers SRE Fundamentals: Differences Between SLI vs. SLO vs. SLA
THE NEW STACK UPDATE A newsletter digest of the week’s most important stories & analyses.
The New stack does not sell your information or share it with unaffiliated third parties. By continuing, you agree to our Terms of Use and Privacy Policy.