What Does the VMware/AWS Mashup Mean to IT Pros and CIOs? 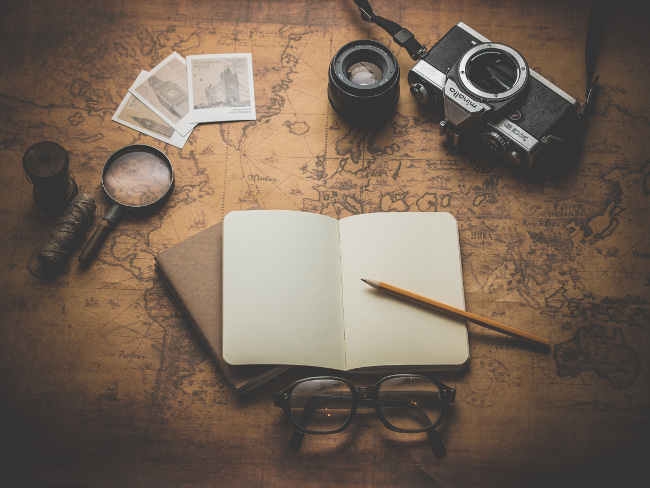 You would expect an agreement between the number one private cloud company and the number one public cloud company to make waves. You might not realize the new categories of applications the VMWare/AWS integration makes possible as your company’s online transactional processing (OLTP) and other operational functions get access to the mountains of data now residing in the cloud.

I’ve been tracking this closely at Morpheus so, it’s nice to finally have more details. The specifics of the partnership announced this month by VMware and Amazon Web Services belie the agreement’s potential significance. The jointly developed VMware Cloud on AWS combines VMware’s software-defined data center for enterprises with AWS cloud resources to create hybrid cloud capacity at unprecedented scale.

VMware Cloud on AWS will be optimized for the bare-metal AWS infrastructure; it will also support VSAN, NSX, and other VMware products. The new service is based on VMware Cloud Foundation platform, which is designed specifically for bare-metal AWS and combines VSphere, vSAN, and NSX. VMware will offer the service to its existing customers, and it will also be available via the Amazon Marketplace. The product is currently in beta and is expected to be available generally in April 2017. 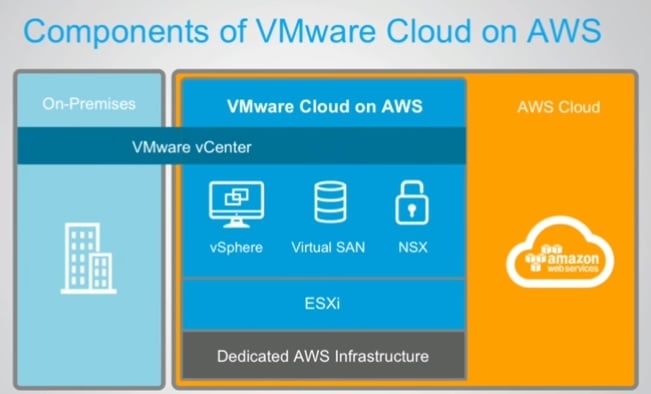 The components of the VMware Cloud on AWS service are designed from the ground up for the bare-metal AWS environment. Source: Jeff Barr, AWS Blog

What to Expect When Operational Apps Meet Big Data

The new VMware/AWS service could bring new life to the OLTP applications that are so critical to the day-to-day operations of enterprises.

Over the past five to 10 years, VMware has made running operational apps such as OLTP much more efficient inside the data center by making it easier to migrate across clusters of servers, George Gilbert noted on the Wikibon blog. What has been out of reach of these internal systems is the fast-growing trend toward machine learning based on big data.

Big data is accumulating in the cloud, and soon enterprises will be able to extend the server-management efficiencies of VMware with the public cloud’s efficient data resource and data-analysis tools. Most importantly, co-locating operational apps and big data will usher in a new era of data-driven applications in which much or all of the analytics are built in. This promises to make business intelligence as easy as generating an on-demand report. 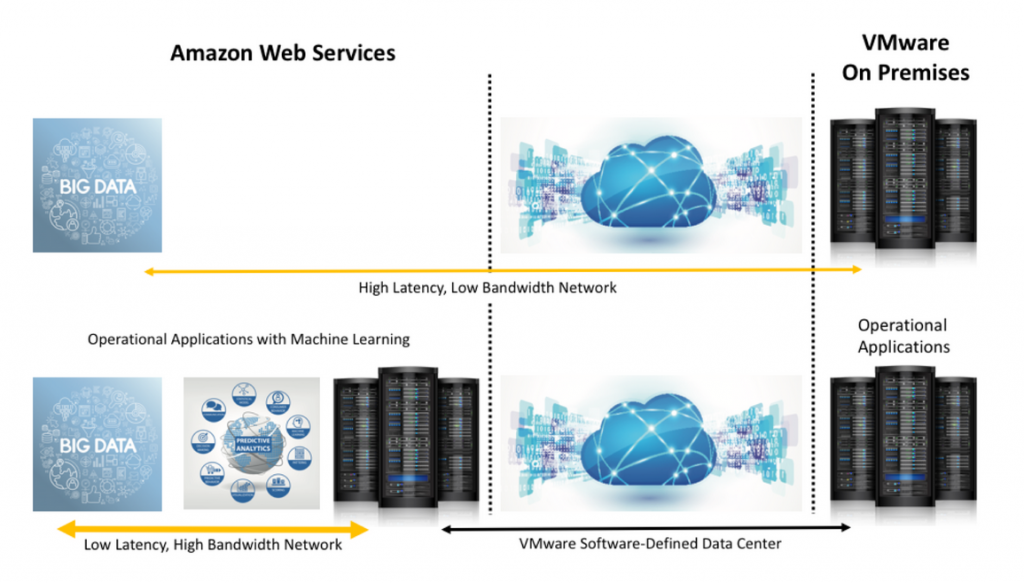 VMware’s integration with AWS is designed to combine the speed and bandwidth of AWS with the operational apps in VMware’s software-defined data center to support machine learning. Source: Wikibon.

Not so long ago, using VMware’s vCenter software to migrate data, apps, and other resources between data centers and the cloud was a perilous process. Initially, for applications to move from in-house servers to cloud servers,it had to use the same storage, such as SAN or NAS, and also the same network segment. VMware’s vSAN removed this requirement, just as the company’s NSX gives companies the ability to apply to the virtual networks they define the same security and configurability as their in-house counterparts.

What is less certain is whether the VMware/Amazon agreement will help companies accomplish their greatest impediment to a smooth transition to the cloud: adopting a cloud-first approach to data management. Many firms will use the VMware/AWS service to “lift and shift” their in-house applications to the public cloud. What’s missing is the mindset that your in-house apps are in need of modernization, Network World noted.

Network World quotes Gartner analyst Kyle Hilgendorf wondering why an enterprise would choose to put VMware inside AWS rather than placing it on a neutral colocation service and establishing a direct connection to it. Other analysts pointed to the lack of any mention of the tools required to integrate with other AWS products, as well as no serverless-computing option that taps into private data center resources the way Microsoft Azure Stack does.

Despite these and other uncertainties, the consensus of the analysts is that the deal combining the resources of VMware and AWS will benefit enterprises in particular, while also having a domino effect on cloud services of all types. The trend is toward data resources moving from the data center to the cloud, whether the cloud component is private, public, or hybrid. As concerns about cloud security and regulatory compliance diminish, it becomes more difficult to make an argument in favor of maintaining a private cloud at all.

Any private cloud will have to over-provision to accommodate the occasional spikes in demand, InfoWorld pointed out. By contrast, the public cloud’s pay-on-demand model means you don’t have to provision those extra resources until you need them – if you ever need them. Still, you can’t underestimate the drag of inertia on any enterprise, so you can bet there will be demand for private clouds and hybrid clouds for many years to come.

The real winner in the deal, according to InfoWorld, is Amazon. The company will finally be able to say it offers a legitimate hybrid cloud, but more importantly, AWS gains entry into enterprises and “barely needs to lift a finger” since VMware will sell, operate, and manage VMware Cloud on AWS.

We know the cloud. With our cloud app management service, we support public, private, and hybrid cloud environments; it lets you provision databases, apps, and individual components in seconds. Asynchronous provisioning allows you spin up multiple IT systems at the same time. All provisioned systems are monitored automatically from a single control window that shows at a glance the status of all systems, specific groups, and individual apps and components.

Brian Wheeler oversees the technology team at Morpheus Data. Prior to Morpheus, Brian founded a software development consulting firm which designed and developed solutions for a variety of industries including power grid management, ticketing systems, online trading, social networking and...
Read more from Brian Wheeler
SHARE THIS STORY
RELATED STORIES
Enriching Dev Experience with Speedy Continuous Integration Create a Local Git Repository on Linux with the Help of SSH Terraform Cloud Now Offers Less Code — and No Code — Options The Future Stack of Code Review Record, Connect and Search DevOps Changes with Kosli
TNS owner Insight Partners is an investor in: The New Stack.
SHARE THIS STORY
RELATED STORIES
Why Does the NSA Care about the Software Supply Chain? Cloud Lessons to Help Developers Improve ESG Impact Enriching Dev Experience with Speedy Continuous Integration The Future Stack of Code Review What Good Security Looks Like in a Cloudy World
THE NEW STACK UPDATE A newsletter digest of the week’s most important stories & analyses.
The New stack does not sell your information or share it with unaffiliated third parties. By continuing, you agree to our Terms of Use and Privacy Policy.