VMworld 2020: Can a Single Vendor Pull DevOps into One API?

Encompassing data center and multicloud operations for legacy infrastructure and cloud native, VMware seeks to support organizational requirements under a single umbrella.
Oct 7th, 2020 11:51am by B. Cameron Gain 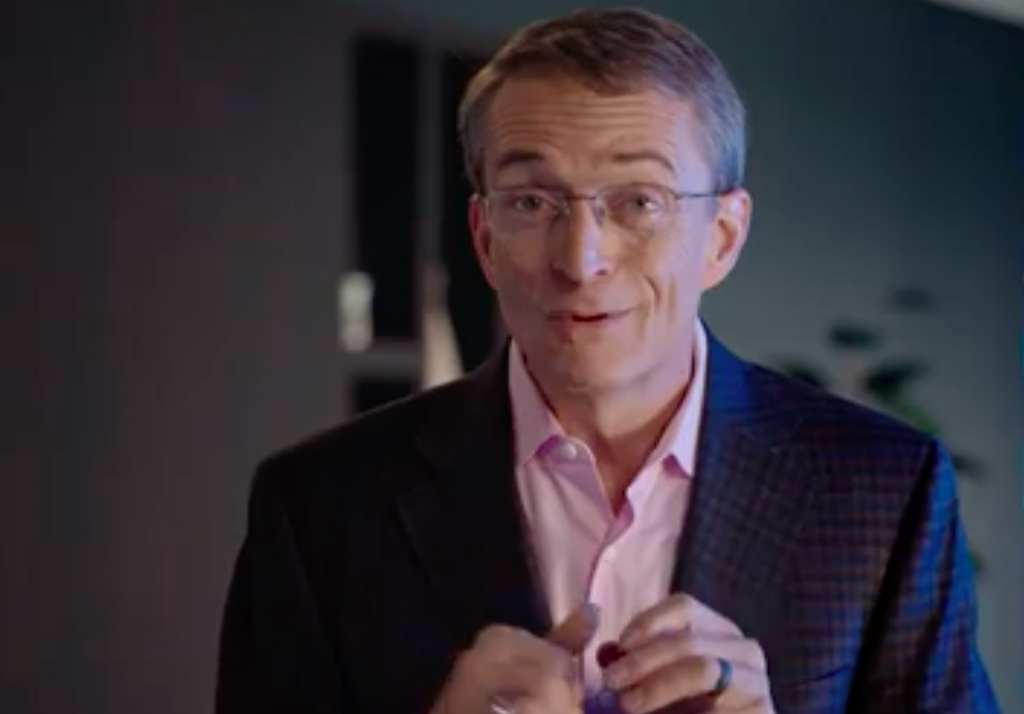 VMware made a number of announcements during last week’s VMworld 2020 around how the company is seeking to meet all DevOps teams’ needs with an ever-expanding range of tools and platforms. Encompassing data center and multicloud operations for legacy infrastructure and cloud native, VMware seeks to support organizational requirements under a single umbrella.

VMware’s security tools and platforms, for example, extend “intrinsically into the infrastructure as your apps and data move across clouds or get decomposed into containers,” Pat Gelsinger, VMware’s CEO, said during a VMworld keynote. The basic components of IT infrastructure that VMware serves includes app modernization, application development and management for multicloud cloud and legacy environments, as well as for what VMware describes as “digital workspace” needs.

In a nutshell, VMworld featured a large number of talks on these themes, with an emphasis on cloud native applications and operations and security, as well as next-generation topics, such as 5G and AI — including VMware’s partnership with Nvidia described below. 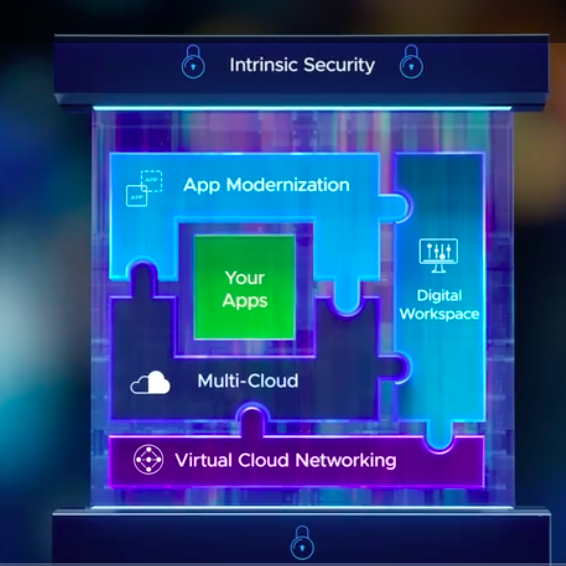 AI, 5G and a Project Monterey

The partnership will “unleash AI for every enterprise,” he said. Nvidia CEO Jensen Huang said during a keynote that Nvidia and VMware will put AI “in the hands of all the companies, so they can automate their business and products.”

While details about how the AI platform will work and a timeline for when it will become available were undisclosed, Nvidia said it will provide its AI platform and NGC (Nvidia GPU Cloud) framework for VMware’s cloud infrastructure. The announcement also overlapped with VMware’s Project Monterey introduction, which VMware said would support machine learning and 5G, as well as AI.  As part of its partnership with Nivida, for example, Nvidia — which has recently agreed to purchase processor giant Arm — will offer its BlueField-2 data processing unit (DPU) integrated into VMware Cloud Foundation.

Nvidia CEO Jensen Huang said Nvidia and VMware will put AI "in the hands of" any organization to automate their operations and products. Thus far, few details or a timeline has been released. @VMworld @thenewstack @nvidia pic.twitter.com/6yse3jvWhy

VMware also said it will continue to develop its VMware Telco Cloud platform in support of virtualization and containerization of 5G network deployments.

5G is rolling out. But 6G? 6G is “probably a research- and boardroom-type of discussion,” VMware’s (Office of the CTO) Guru Venkatachalam said earlier today. But in the immediate, 5G is at the stage where we are “figuring out how we execute.”@VMware @VMworld @thenewstack pic.twitter.com/rx6knk3TG1

It is worth keeping in mind that 5G’s adoption and to what extent IT infrastructures of the future will use 5G networks have yet to be determined. VMware’s Guru Venkatachalam, a vice president and chief technology officer at VMware, said during a panel discussion, for example, that 5G is at the stage where we are “figuring out how we execute.”

VMware’s security tools and services, bolstered by its acquisitions, such as its purchase of Carbon Black, have now become a “$1 billion-plus business for us,” Gelsinger said during his keynote. The idea is to add security layers into all VMware offerings, including, of course, the cloud, with such platforms as NSX Service-defined Firewall, VeloCloud SD-WAN, Workspace ONE and Secure State, as well as Carbon Black Cloud, Gelsinger said.

“A question I hear from all of you is how do I drive a consistent security posture for all my apps and data? And that gets harder as you scale across data centers and multiple clouds and into the edge,” Gelsinger said. “To address this, we are disrupting the security industry by building security controls intrinsically into the infrastructure. As your apps and data move across clouds or get decomposed into containers, they retain a consistent security posture.”

VMware also said during the conference it agreed to purchase configuration- and security-management provider SaltStack. During a VMWorld panel discussion, VMware’s Chris Wolf, vice president, advanced technology group, office of the chief technology officer at VMware, said SaltStack should “bring us a lot closer to our vision around intrinsic security… making it far easier” to automate insert security into the CI/CD pipeline, while broadening “enforcement capabilities that we have.”

VMware’s Chris Wolf: SaltStack should “bring us a lot closer to our vision around intrinsic security… making it far easier” to automate insert security into the CI/CD pipeline and broadening “enforcement capabilities that we have. @vmwareworld @VMware @saltstack @thenewstack pic.twitter.com/Z6Btf8JaXo

VMware is also extending “security services to the edge,” Gelsinger said. He described, for example, how VMware’s SD-WAN network is now available for edge deployments and VMware’s SaaS offering, for example.

The Tanzu Gateway for Kubernetes

VMware understandably continues to aggressively expand the scope of its support for Kubernetes infrastructures and applications with Tanzu since its introduction a year ago. The idea with Tanzu is to facilitate the task of porting applications and infrastructure to Kubernetes environments for both developers and operations. VMware recently added new capabilities to vSphere for Tanzu to help organizations better manage the challenges of choosing and adding various topologies to Kubernetes deployments.

Tanzu capabilities are also melded with VMware Cloud Foundation, so that deployments, including Kubernetes environments, can take advantage of compute, storage networking and management capabilities that are “all in a single integrated stack,” Gelsinger said.

VMware CTO Greg Lavender in his keynote gave a tech preview of the new Tanzu service mesh functionality that ensures application SLAs is can be met “without having to write rewrite a single line of code.” @VMware @VMworld @thenewstack @VMwareTanzu pic.twitter.com/1lSUmXemkj

Simplifying Tanzu is also a key goal. During a keynote, VMware Chief Technology Officer Greg Lavender, senior vice president and chief technology officer for VMware, gave a tech preview of the new Tanzu service mesh functionality. The capability ensures application service level agreements can be met “without having to rewrite a single line of code,” he said.

A few days prior to VMware, Craig McLuckie, vice president of research and development for VMware — who was also one of the original creators of Kubernetes — told The New Stack one of the biggest difficulties “enterprises face is not in simply delivering Kubernetes as an abstraction on compute, but dealing with the mechanics of integrating storage and networking capabilities,” McLuckie said.

“As we have worked with customers, this consistently emerges as one of the biggest challenges to building a functional Kubernetes based abstraction. The work we have done to integrate Kubernetes into vSphere significantly reduces the complexity of this,” McLuckie said. “The challenges of dealing with network configuration, ingress routing and load balancing, etc. will be tackled at the infrastructure level with a fully integrated solution. Our goal is to deliver turnkey Kubernetes in a variety of configurations based on the needs of the business with minimal effort and infrastructure retooling.”

By unveiling VMware vSphere with Tanzu, VMware is “providing a more intrinsically agile API-centric infrastructure to enable teams to move from IT resources that historically have been provisioned by ticket- and human-driven processes to a fully autonomous system that delivers the infrastructure capabilities that teams need to do their work,” McLuckie said.

“VMware vSphere with Tanzu helps customers rapidly adopt Kubernetes by allowing them to configure enterprise-grade Kubernetes infrastructure with their existing technology, tools and skillsets, while Tanzu Editions makes it even easier for customers to identify and deploy the elements of VMware’s Tanzu portfolio that will best meet the needs of and accelerate their modernization efforts,” McLuckie said.

BC Gain’s obsession with computers began when he hacked a Space Invaders console to play all day for 25 cents at the local video arcade in the early 1980s. He then started writing code for very elementary games on the...
Read more from B. Cameron Gain
SHARE THIS STORY
RELATED STORIES
Platform Engineering Won’t Kill the DevOps Star Agent-Based vs. Agentless Security: Which Approach Is Better? Docker Swarm, a User-Friendly Alternative to Kubernetes Crossplane: What Most People Get Wrong (and How to Get It Right) What Trouble Awaits Cloud Native Security in 2023?
TNS owner Insight Partners is an investor in: The New Stack.
SHARE THIS STORY
RELATED STORIES
How Platform Teams Can Align Stakeholders Agent-Based vs. Agentless Security: Which Approach Is Better? MicroK8s and Portainer Is The Easiest Way to Deploy an Application on Kubernetes What Is the Docker .env File and How Do You Use It? Platform Engineering Won’t Kill the DevOps Star
THE NEW STACK UPDATE A newsletter digest of the week’s most important stories & analyses.
The New stack does not sell your information or share it with unaffiliated third parties. By continuing, you agree to our Terms of Use and Privacy Policy.