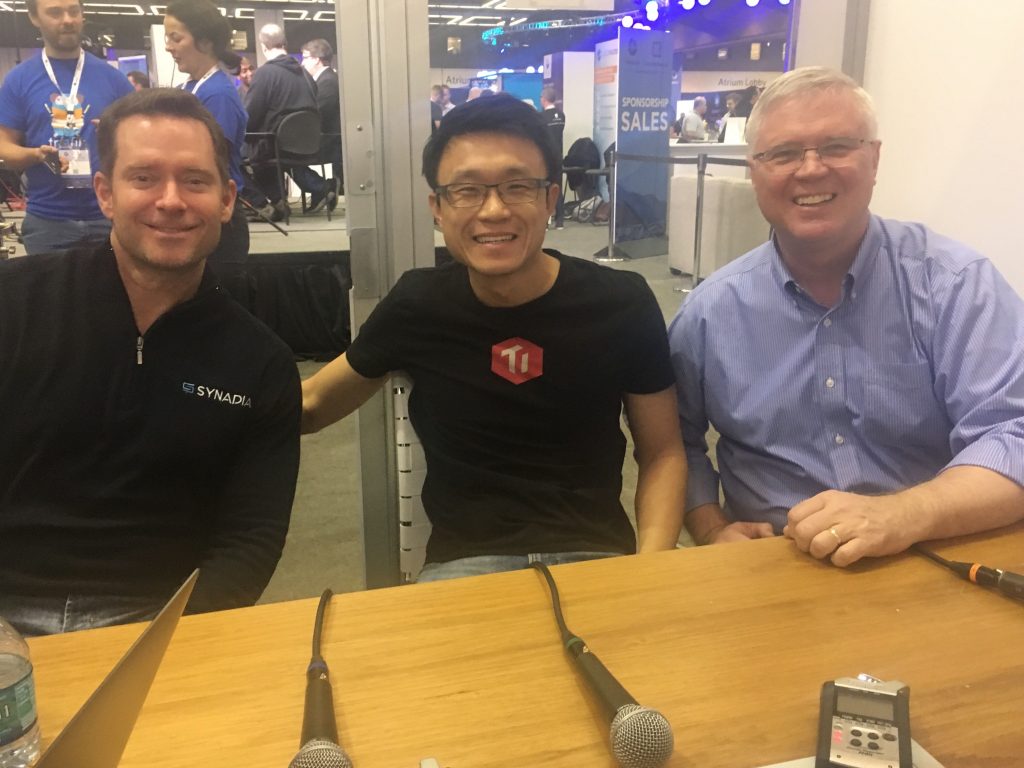 Edge computing on Kubernetes is emerging as a powerful way to share, distribute and manage data on a massive scale in ways that cloud or on-premise deployments cannot necessarily provide. Libby Clark, editorial director of The New Stack, hosted a podcast from During a podcast from Kubecon + CloudNativeCon in Seattle,  in Seattle about some of the challenges involved. On hand to discuss their projects and goals working with Kubernetes for edge-computing deployments were:

For the Eclipse Foundation, one of the main challenges is managing the interaction between edge and cloud for IoT gateways constructs or edge gateways, Milinkovich said. The Eclipse Foundation is also working with the Cloud Native Computing Foundation (CNCF), Red Hat, Huawei and others and has co-created an IoT/edge working group within Kubernetes to focus on driving requirements from the edge into Kubernetes projects.

“This is just getting started and this is a process — and not an event — but there’s definitely a lot of requirements that need to be driven into Kubernetes and we’re here to help make that happen,”  Milinkovich said.

Specific to edge computing, Milinkovich described how there is not a “common nomenclature yet about what is edge,” he said. “And to a certain degree, that’s actually the first task for this IoT-edge working group,” Milinkovich said. “It’s just to decide on some nomenclatures so that when we use these terms, then we actually share some meaning with one another.”

One key common attribute with edge computing that is commonly shared is how, unlike the cloud, organizations can pinpoint exactly where their data resides. “So, there’s that physicality of location that actually helps determine the edge,” Milinkovich said. “And one of the challenges is just dealing with the data when you’re talking about 70 billion devices.”

Xu described how PingCAP’s “key value” storage layer is called TiKV, which is a CNCF member project. The enterprise also deploys on Kubernetes, as well as in “all different cloud environments.”

PingCAP’s edge deployment “speaks to edge but definitely speaks to IoT,” Xu said.  With its deployment with bike-sharing firm Mobike, its IoT database must scale to accommodate nine million bicycles around the world.

“You can call them edge or just IoT devices or what have you, but their physical devices they want to keep track of around the world in different locations, and a really a big use case that we’re hitting a lot is all these different devices all over the world,” Xu said. “That really kind of comes down to one single data layer that you can make use of and make intelligence out of this data.”

Synadia Communications is developing a technology that allows digital systems, services and devices to connect and communicate around the world. With 70 billion digital things trying to talk and communicate together that exist in the world, “it’s an amazing time for both communicating data, storing and processing data and then figuring out how to run workloads to move themselves around closer to the data, hopefully in a secure and authenticated ways,” Collison said.

“One of the things building on what he was talking about that I think is important is the lines are going to keep changing. And so, if you say, ‘we’re going to do it a certain way for IoT and a certain way for edge and a certain way for cloud,’ I don’t know if I think that’s the right approach,” Collison said. “This is because those lines keep moving, especially as the edge goes towards IoT. And so I think, trying to figure out a technology that is consistent and available in all three tiers will help us in a long run.”