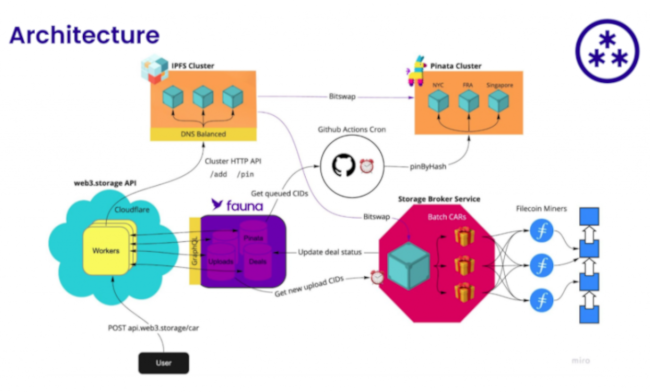 Protocol Labs has launched Web3.Storage to offer developers and other users an alternative for decentralized storage. It is built on Filecoin, an open source blockchain-based payment system that can provide bookkeeping for users who wish to rent unused hard drive space.

“During the past year, we’ve seen many folks bemoan the problems with centralized tech platforms. Much of this opaqueness is required based on the architecture of the web as it exists today where applications must host data on centralized servers,” Victor said. Peer-to-peer technologies can be incredibly exciting as they offer an alternative for how applications can be built, and in turn how the internet can evolve. Decentralized technologies allow developers to build applications decoupled from their data: empowering developers to build open applications where data can be stored on open networks.”

The idea behind Web3.Storage was also to help lower the barrier to entry for developers aiming to build applications on a decentralized platform. “Rather than forcing new developers to learn the intricacies of running peer-to-peer infrastructure, Web3.Storage enables them to use a simple JavaScript library for developers to make data available over IPFS [Interplanetary File System] and persist data on Filecoin,” Victor said. “Because these protocols are inherently open, developers can easily augment their infrastructure choices in the future if they’d like (whether they choose to use a pinning provider in the future, or host their own infrastructure).”

According to Victor, the advantages include:

“The verifiability Web3.Storage offers is especially critical on peer-to-peer networks to ensure that content is not lost. Filecoin uniquely has cryptographic proofs that guarantee that the network has not lost users’ data,” Victor said. “It also provides an upgrade path as the Filecoin protocol upgrades to encompass more services such as smart contracts.”

Prior to Web3.Storage’s launch, developers either had to learn how to manage the relevant infrastructure themselves or work with a number of hosted providers for pinning services, Victor said. “Many pinning providers only offer redundant pinning as a resiliency factor that can lead to concerns about what happens if a single provider goes away,” Victor said. “While many pinning providers have plans to integrate Filecoin offerings, the aim here was to give developers a pathway to provable storage today — without having to roll it themselves.”