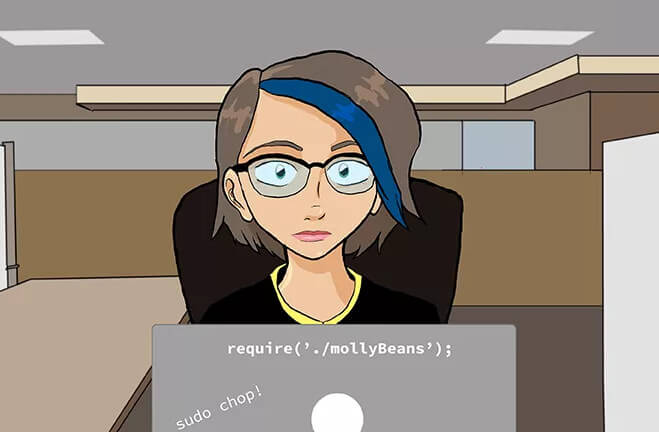 Last month cartoonist Dan Sacharow launched a brand new webcomic about the life of a female computer programmer while also adding a unique voice to the ongoing discussion about women in technology. He’s begun publishing new editions of “Molly Beans, a Life in Development” online every Wednesday and Friday, and the comic is already drawing some attention.

Within a few weeks, Molly had already racked up over 750 upvotes in Reddit’s forum for programmer humor, for a strip about explaining undocumented processes. And the very next week she earned another 715 upvotes for a strip illustrating “Why programmers can’t discuss their days.” (“There’s an ‘Options’ config parameter there… Another good example would be the validation bundle’s URS/HashCheckAction method…”)

But behind all the geeky dialogue is a real-world developer with a secret passion for drawing comic strips — and yes, he has, in fact, seen many women in the workplace.

“Molly is loosely based on two coworkers of mine,” Sacharow said in an e-mail interview, “from chronologically opposite parts of my coding career, one for her looks and the other for her personality.” But in chronicling the frustrations of Molly’s geeky life, he also seems to ha 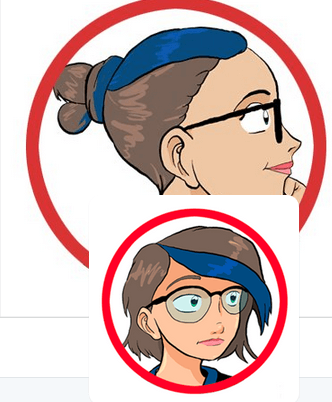 ve stumbled into a unique position in our ongoing cultural dialogue, since the strip’s very premise touches on the hot-button issue of women in technology.

For example, last Sunday at SXSW, the keynote presentation came from Michele Madansky and Trae Vassallo, two of the authors of the “Elephant in the Valley” survey which highlighted issues currently facing women in the tech industry.

Released in January, the survey collected responses from 200 women, most in the San Francisco Bay Area, who had at least 10 years of workplace experience. Eighty-four percent had been told they were too aggressive (with half hearing that on more than one occasion), according to the survey, while 88 percent reported that they’d had questions misdirected to their male peers that should’ve been addressed to them.

Despite the contributions of Grace Hopper and Ada Lovelace, “We kind of run our history through a rinse cycle and wash the women out of them,” said Megan Smith, the U.S. Chief Technology Officer Megan Smith, and a former Google executive. As part of an SXSW panel with the study’s authors, she cites the implicit and institutional biases which also gradually reduce the number of women in the pipeline for STEM careers.

And then there’s Molly Beans — who gives voice to the woes of geeks everywhere, regardless of their gender. Maybe Sacharow’s comic will prove to be one way to bring more women back into our conception of the computer industry. In fact, not only is Molly a young, millennial programmer who happens to be female. According to the comic’s web page, she’s also got “a ok maybe blatantly obvious touch of Asperger’s.”

Sacharow was originally just looking for a new idea for a strip that wasn’t part of an ongoing storyline, he explained in an e-mail, but “after some dozen or so premises started occurring to me faster than I could write them down, I figured that was probably a good sign that I had enough to get started with.”

“I had drawn online comics earlier in the Internet’s life, around 2000, but had to put it down for various reasons life presented. I’ve always meant to get back to it, but the time never seemed right until late last year,” he wrote.

As a 40-year-old developer living in Florida, he’s no stranger to the geek life himself, but his motivations for the comic strip are surprisingly philosophical. “I think the reason I do this stems from the same motivation that turned me away from art as a profession. For me, any type of artistic expression is deeply personal, and I decided years ago that any art I made or story I told would be made under my own terms, or they would be made never,” he wrote.