This Week in Numbers: Industry Demand for React Developers 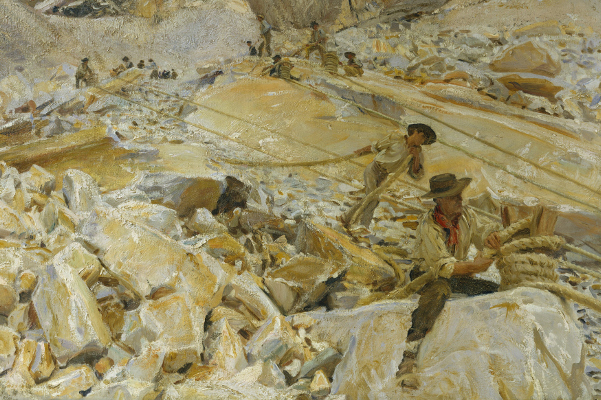 Feature image: “Bringing Down Marble from the Quarries to Carrara,” by John Singer Sargent, New York Metropolitan Museum of Art, public domain.
TNS Annual Reader Survey
We need your input! Take 5 minutes to chime in and help guide our coverage.
Begin the survey

Earlier this year we reported on React’s dramatic rise to being the top skill cited in Hacker News job postings. Now, HackerRank’s 2018 Developer Skills Report provides more evidence that you should brush up on your ability to use the JavaScript framework. The report is based on 39,441 responses, with most coming from developers but others coming from employers.

In short, 33 percent of employers need React skills, but only 19 percent of developers said they had known React. Twice as many employer respondents want Vue.js as compared to those that know the framework, but the aggregate demand is much lower than the leaders’.

Although Angular and Node.js have a slightly higher number of employers citing them, those frameworks have a higher percentage of developers ready to meet the demand. Since Angular has transitioned to newer versions, there is a possibly a large disconnect between its original release and the newer Angular 2 versions. Several frameworks had a higher percentage of developers that know the language rather than employers needing them. JavaServer Faces (JSF) and Struts are notable examples because they are Java instead of JavaScript frameworks.

Since HackerRank’s community is structured around coding competition and online training, the results mean the company should do even more to push developers to learn React. Developers that currently use Angular or Node.js do not appear to become unemployable. In fact, StackOverflow’s 2017 Developer Survey indicates strong interest in all three.

Readers should note that the number of employers does not necessarily represent specific job openings. In addition, readers should be careful to extrapolate findings because the sample may not be representative of the worldwide community.

Lawrence has generated actionable insights and reports about enterprise IT B2B markets and technology policy issues for almost 25 years. He regularly works with clients to develop and analyze studies about open source ecosystems. In addition to his consulting work,...
Read more from Lawrence E Hecht
SHARE THIS STORY
RELATED STORIES
A Better Developer Experience Requires Better Testing Tools Meta's MultiRay, a ML Platform for Running Large Foundational Models 'Hey GitHub!' Tries a Voice Interface for Copilot Promises in JavaScript: A Primer How to Build Your Own Decentralized Twitter
SHARE THIS STORY
RELATED STORIES
What’s the Future of Feature Management? How Golang Evolves without Breaking Programs Developers Get a Quick-Start to Coding with Replit IDE Promises in JavaScript: A Primer Lighting a Bonfire Under Social Media: Devs and ActivityPub
THE NEW STACK UPDATE A newsletter digest of the week’s most important stories & analyses.
The New stack does not sell your information or share it with unaffiliated third parties. By continuing, you agree to our Terms of Use and Privacy Policy.