This Week In Programming: What’s Wrong with Kids These Days? 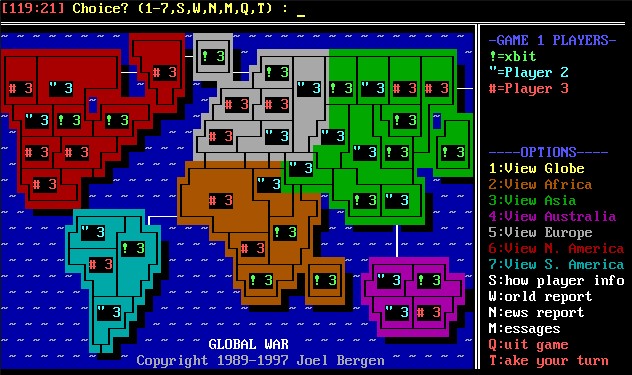 We’ll start this week with a bit of scoop of “back in my day,” a dash of “what’s wrong with kids these days,” and a heaping spoonful of “get off my lawn, you young whippersnapper!”

According to a report cited by The Next Web, 80’s kids (such as yours truly) started programming at an earlier age than today’s millennials. Dang millennials, you’re messing up again, it seems. (Side note: read on, as this maaaaay be sarcasm.) According to the report, 12.2 percent of 35-40-year-olds started coding before age 10, 4.1 percent of 25-34-year-olds, and a mere 1.8 percent of 18-24-year-olds. As the author points out, “Back then, if you wanted to play a game or run a bit of software, chances were high you’d have to build it yourself” by “typing literally word for word entire programs.”

As one of those among the crotchety “I started coding before I could ride a bike” generation, I’ll have you know that every word is true.

Does that make us “old” folks better? I’d somehow venture not — not necessarily, at least.

Sure, we were learning all about coding from the ground up, but couldn’t the same be said for many technologies and generations? Do we condemn modern metalworkers when they use machinery instead of hand tools and wood-fired kilns like the generations before them? How about carpenters using laser levels, stud finders and table saws? Do they all learn their trade with primitive technologies before moving to the modern tools?

While an understanding of fundamentals may serve a purpose, fundamentals can change. Using modern tools allows us to build modern solutions and maybe that translates into a generation of developers who start out learning a different, higher level of fundamentals. Maybe I was struggling to learn BASIC while I was also learning to read, but does that make me somehow better than my niece who is busy using online tools at the ripe age of eight to build fully functional games? I’m talking way more functional than the drivel I got to play with after spending hours transcribing the back two pages of code in Discover Magazine (only to chase down endless errors due to typos).

After all, we looked last week at how we can use AI to build web front ends from mock-ups, and meanwhile, low-code development is on the rise as a viable technological tool, and it just seems that harping on old technologies may not be the way forward.

Oh, and while I have the attention of all your age-addled brains, remember BBS door games? (Tradewars, anyone? Legend of the Red Dragon?) Well, Scott Hanselman posted a great little blog last week all about running BBS door games on Windows 10 for those of you who feel like reminiscing, or even getting your hands a little dirty and setting something up. (Invites to join in will be strongly considered.)

how to get funding:

Mike is a freelance writer, editor, and all-around techie wordsmith. Mike has written for publications such as ReadWriteWeb, Venturebeat, and ProgrammableWeb. His first computer was a "portable" suitcase Compaq and he remembers 1200 baud quite clearly.
Read more from Mike Melanson
SHARE THIS STORY
RELATED STORIES
Unleashing Git for the Game Development Industry Kubernetes Just Has to Get Easier for Developers The Future Stack of Code Review Create a Local Git Repository on Linux with the Help of SSH 8 GitHub Actions for Setting Up Your CI/CD Pipelines
TNS owner Insight Partners is an investor in: The New Stack.
SHARE THIS STORY
RELATED STORIES
The Future Stack of Code Review Why You Can’t Afford to Miss Data Decisions Enriching Dev Experience with Speedy Continuous Integration Kubernetes Just Has to Get Easier for Developers Cloud Lessons to Help Developers Improve ESG Impact
THE NEW STACK UPDATE A newsletter digest of the week’s most important stories & analyses.
The New stack does not sell your information or share it with unaffiliated third parties. By continuing, you agree to our Terms of Use and Privacy Policy.