2018-01-13 06:00:28
This Week in Programming: An Assembly Language IDE and the Mantra of Doing Good
Culture / Software Development

This Week in Programming: An Assembly Language IDE and the Mantra of Doing Good 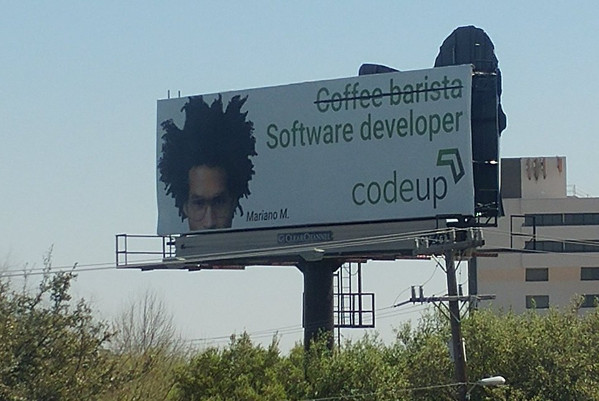 Last week, we’d just barely entered into the new year — a time when we like to promise ourselves that we are going to change, that we are going to finally get in shape, volunteer more, live more, be more. As a developer, maybe you tell yourself that you’re going to buckle down and learn that new language, or turn a new page with dutifully commenting all of your code, or donate your time to helping kids learn to code, or the homeless… more on that in a moment.

Sometimes, while meandering through my various feeds, I see a few things that mesh together so well, they’re hard to ignore. Over the last year, I’ve watched as “API Evangelist” Kin Lane has struggled with his place in society and his role in this whole technology thing, and this week is no exception, as he talks about being “white, male, and convincing myself I am doing good with technology.”

“Since 2010, I’ve had this mission to help the ‘normals’ understand the importance and value of APIs,” Lane writes. “As I step back from my own delusion and look at the wider tech sector, and this “doing good” affliction that seems to infect mostly white men pushing technology across a variety of sectors, I’m beginning to ask a lot more questions regarding my own behavior. Why do I feel the need to push our technology on others? Why do I feel like we are doing good while doing this?”

Right around the same time, I saw this self-examination of one’s role in technology and society, I also saw this CodeUp billboard (pictured above) while driving down the road. But my reaction was much different than the one of this article that heaps praise upon its simple delivery — it was more focused on the inherent value judgment that being a developer elevates one above being a barista, or, more generally, everyone else.

The billboard assumes that programming is inherently good. That technology is the solution to all problems, societal and otherwise. And this brings us to the second thing that crossed my feed, that crosses the line quickly from funny to sad: the Shit Hacker News Says subreddit. It is a laundry list of things people say on Hacker News that exemplifies attitudes about technology in society taking a wrong turn. Case in point: “On an article about how rural poor Americans make money to supplement their disability check: ‘So why can’t we invest enough time and money in these people to make them engineers and technicians?'” Or how about “If you can program you are likely among the smartest people in the world and can do better at any analytical task than almost anyone else.”

I certainly don’t have an answer to any of this and I have no illusion that I’m insightful or helpful in pointing it out, but sometimes things just line up that you can’t ignore. So here’s to 2018 and here’s what we’ve seen this week in programming.

This Week in Other Programming Thoughts