This Week in Programming: Embracing That Thing Everyone Else Is Talking About 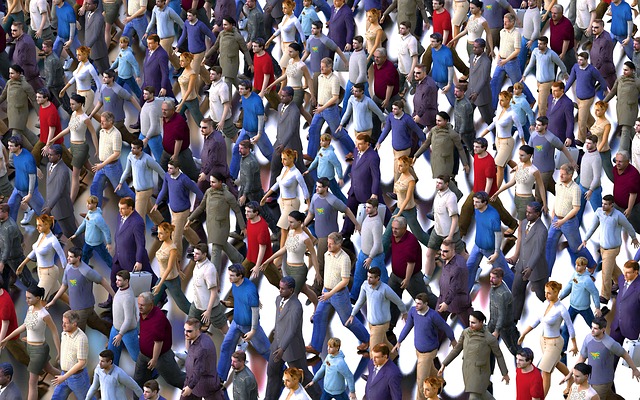 A good portion of my weekly musing lately has been a bit “back in the day” and, while it’s fun to reminisce about bulletin board systems and programming in BASIC, there are far more things about “the old days” that I don’t miss one single bit. That’s the other end of the spectrum — technology marches on and with it, hopefully, our jobs get a little bit easier.

That’s right, the robots won’t be taking over our coding positions any time soon, despite countless PR efforts to convince you otherwise.

But things are getting easier. As the problem grows, so too do the tools to solve it, it seems. Not long ago, I briefly mused about the bright future of not dealing with servers, and developer and blogger Scott Hanselman really tackles the topic in detail this week as he asks “Why should I care about Kubernetes, Docker, and Container Orchestration?”

It’s like an alternate form of reminiscing, where instead of glorifying the past, you point out again and again how much, in reality, it sucked. Remember all the hassle of running your app on a different machine? Remember the difficulties of making sure all the dependencies were not only installed, but of the same exact version? Remember when you figured out the database was way too big and that your Windows machine wouldn’t run the new software you need without updating? And so on?

Wait, that was just last week? As Hanselman points out, it doesn’t have to be. “Simply stated, we are at the beginning of a new phase of DevOps,” he writes. “One that is programmatic, elastic and declarative. It’s consistent and clear and modular.” For the full and compelling argument — in way more relatable and less jargon-y detail — give it a read. Also, to relive all the gory details of your horrible last week. Then maybe you can avoid last week, next week.

Ah, the beauty of coding. You go back to something you worked on years ago and wonder "Why in the fuck did I do things that way?" #Programming

This Week in Thoughts, Trends and Tutorials

Mike is a freelance writer, editor, and all-around techie wordsmith. Mike has written for publications such as ReadWriteWeb, Venturebeat, and ProgrammableWeb. His first computer was a "portable" suitcase Compaq and he remembers 1200 baud quite clearly.
Read more from Mike Melanson
SHARE THIS STORY
RELATED STORIES
3 Ways AI Makes Business More Predictable How to Cut through the Noise with Decision Intelligence How DeepMind's AlphaTensor AI Devised a Faster Matrix Multiplication Explore or Exploit? Trivago's ML for New Recommendations How COBOL Code Can Benefit from Machine Learning Insight
TNS owner Insight Partners is an investor in: Docker, Simply.
SHARE THIS STORY
RELATED STORIES
How to Cut through the Noise with Decision Intelligence MC2: Secure Collaborative Analytics for Machine Learning This Tool Defends AI Models Against Adversarial Attacks 'Coders' Author Clive Thompson on How Programming Is Changing Why Cloud IDEs Are Shifting to a Platform-as-a-Service Model
THE NEW STACK UPDATE A newsletter digest of the week’s most important stories & analyses.
The New stack does not sell your information or share it with unaffiliated third parties. By continuing, you agree to our Terms of Use and Privacy Policy.