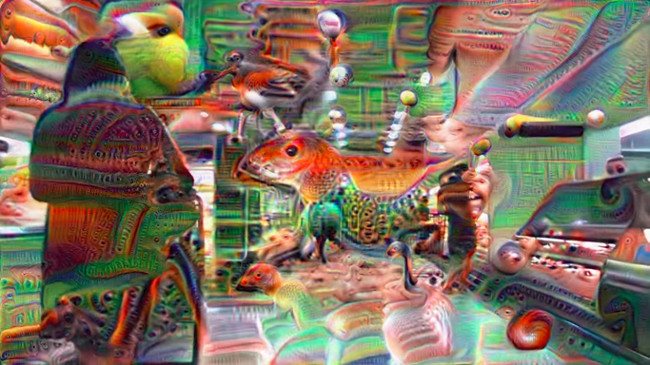 You might be already familiar with this by now, but while artificial intelligence can be used for a variety of tasks — from automating your work to decision making and more — peeking inside the process can be the stuff of hallucinogenic drugs and nightmares. And this week, Google gives us a better peek into the inner workings of neural networks than simply the disturbing images.

But! If you happen to have missed the disturbing parts, don’t miss out on the wonder of Google’s Deep Dream and videos like this one.

If you can still focus after that, well, here’s what we’ve found going on in the world of programming this week.

So close. Oh, so close. pic.twitter.com/cUxT5RovyF

finally, a monitor that will fit the entire name of my Java classes pic.twitter.com/uHAHYfbgd9

Y'all, my mom just referred to GDPR as the God Damn Privacy Rules and that is how I am going to refer to it forever.

Best final line of any book I’ve read for a while. pic.twitter.com/xtbKLxHrxY