This Week in Programming: Oops, I Clicked The Wrong Link and Set Off a Nuclear Scare 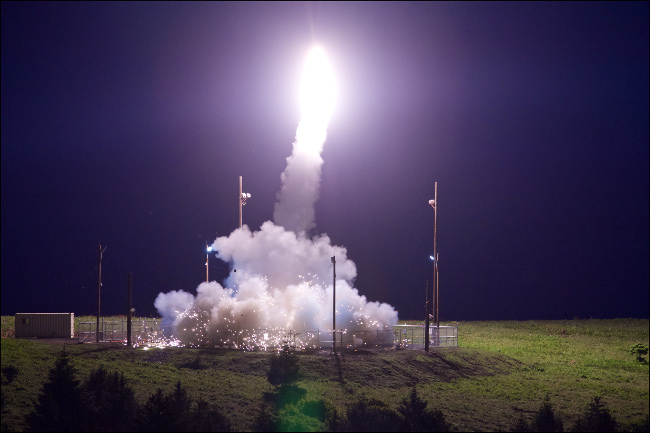 As a programmer, perhaps user interface design isn’t your so-called “wheelhouse” per se. Sorting algorithms and efficient database schema? Sure, but things like color palettes and “the rule of thirds,” you leave that stuff for those weird-sweater wearing hippies in the art department. That works, until an end-user accidentally tells all the residents of the Hawaiian Islands that there’s an inbound nuclear missile headed their way because you stuck the regular old real missile alert link next to the test missile alert one.

This is the screen that set off the ballistic missile alert on Saturday. The operator clicked the PACOM (CDW) State Only link. The drill link is the one that was supposed to be clicked. #Hawaii pic.twitter.com/lDVnqUmyHa

When that happens maybe, just maybe, it’s time to up your game. Seriously, look at that design. Even an inline, style override making the actual alert bold and flashing red would do in this case. It’s just not that hard to make this less confusing. Or you could follow GitHub’s practical yet overbearing lead…

And while you’re maybe not programming missile alert test systems, you likely have your own mini equivalent. Then again, even when you try hard, sometimes you do that thing, where you…well, you know the one.

If you haven’t been fully inundated yet with the variety of ways to mess this thing up, definitely go take a gander at the programmer humor subreddit, which has been beating this horse dead for days now. It’s a worthwhile waste of your time.

all you designers out there acting like you haven’t accidentally put a nuclear ballistic missile warning link next to the “just testing” link before pffft i’ve watched you deploy hot fixes to production you’re not much better https://t.co/tH23f4Jhft

And with that, on to the past week in programming, starting with a newly released video from MIT on deep learning — because when you can’t trust humans to do things, it’s time to put the machines in charge!

every library should have a good science fiction and fantasy section pic.twitter.com/Yzp9VtezJk

Now that we’ve gotten through the big “news” of the week, we can get back to rehashing the year past.

This Week in Rehashing the Future Past

This is another one of those things we need to get out of the way, but every time I read “Lambda,” I’m hopelessly returned to my youthful viewings of Revenge of the Nerds and the only fraternity I (and likely many of you) would ever join — the Tri-Lambs. That said, there’s some news in the world of Lambda and programming this week…

Mike is a freelance writer, editor, and all-around techie wordsmith. Mike has written for publications such as ReadWriteWeb, Venturebeat, and ProgrammableWeb. His first computer was a "portable" suitcase Compaq and he remembers 1200 baud quite clearly.
Read more from Mike Melanson
Share this story
RELATED STORIES
Brain.js Brings Deep Learning to the Browser and Node.js PyTorch Takes AI/ML Back to Its Research, Open Source Roots Seeing the Big Picture with AIOps This Tool Defends AI Models Against Adversarial Attacks Testing Tomorrow’s Technology at BMC Innovation Labs
Share this story
RELATED STORIES
Why Cloud IDEs Are Shifting to a Platform-as-a-Service Model Baseten: Deploy and Share ML Models with Python Nvidia Intros Large Language Model Customization, Services IBM Releases Open Source Counterparts for Deep Search CUDA 12 Harnesses Nvidia's Speedier GPU Architecture
THE NEW STACK UPDATE A newsletter digest of the week’s most important stories & analyses.
We don't sell or share your email. By continuing, you agree to our Terms of Use and Privacy Policy.