This Week in Programming: Rust’s Roadmap for an Epoch Release 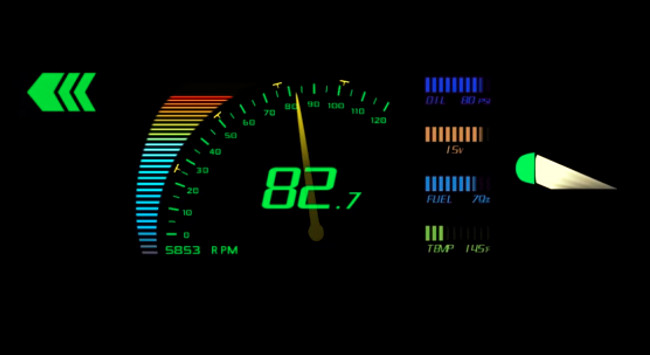 I still remember the first story I ever wrote about the web — it was a quick news story about which browsers were on the rise and which were on the fall and, beyond the horse race nature of it all, I didn’t really see the full implications. I didn’t see that, while the rising and falling popularity of different technologies makes for easy and good headlines, it also makes for actual, useful insights for people in the field. In the end, it seems doubtful that just marketing and headlines could drive developers to languages (though some argue just that when it comes to the problems we see Perl6 facing these days), but rather that popularity is driven by good language design, features, strong community, and evolving technology.

These days, it’s these sorts of stories that inform me of what’s happening outside of my particular worldview, what all of you are really doing in the field, and especially those of you on the bleeding edge. One such story, which we will look at further later, informed me that “the languages with the fastest-growing user bases are Go, TypeScript, Kotlin, and Rust,” which made my ears perk up a bit more when I saw the first bit of programming news we’ll look at this week, a Rust 2018 roadmap written by Aaron Turon, a Mozilla developer working on the Rust programming language.

The roadmap, which Turon says was compiled from the 2017 survey, as well as a nearly 100 blog posts written in response to the call for #Rust2018 blog posts, and the “core team’s overall sense of the zeitgeist and project management,” outlines some high level goals for the language in the year ahead, including an “epoch release” scheduled for September 13th of this year. This epoch release will include a polishing and stabilizing of “a number of already-implemented language features,” a push toward 1.0 status for several critical tools, libraries and documentation, as well an effort to “build resources for intermediate Rustaceans” that will “help programmers go from basic knowledge of Rust’s mechanics to knowing how to wield it effectively.” Additionally, the post said the Rust team would grow in the year ahead and work toward making Rust accessible worldwide.

If you’re a Rust developer, make sure to check out the full roadmap, as it has plenty more exciting details that we didn’t include here. Beyond Rust, this week we have a new version of TensorFlow, the aforementioned programming language popularity analysis, and a few more interesting bits.

I needed to look up something about the C stdlib and kept running into religious debates on the internet. Luckily this version of the internet has no comments section pic.twitter.com/r2B48PTl7v

As the author notes, and as I referred to in this week’s intro, the data is interesting beyond headlines and popularity races. “Looking at these trend lines, we can figure out which programming languages are worth learning, and which programming languages probably should be avoided,” he writes. And while JavaScript, Python, Java, C++, and C lead the pack and likely aren’t going anywhere, the languages with the fastest-growing user bases are Go, TypeScript, Kotlin, and Rust. As a result, the author writes, “after only a couple weeks of using TypeScript I may never willingly use JavaScript again.” And of course, there may be one language missing from this entire analysis, which we will look at next in a separate article — Python. As this analysis notes, “Juptyer Notebooks have seen significant and steady growth in the last couple of years… mostly because of the growth of Python for doing data science.”

Typescript is like JavaScript but for developers who also listen to Radiohead.

Mike is a freelance writer, editor, and all-around techie wordsmith. Mike has written for publications such as ReadWriteWeb, Venturebeat, and ProgrammableWeb. His first computer was a "portable" suitcase Compaq and he remembers 1200 baud quite clearly.
Read more from Mike Melanson
SHARE THIS STORY
RELATED STORIES
5 Ways ChatGPT Could Supercharge Chatbots AI21 Labs Bets on Accuracy, Develops Approach for Factual AI How to Lower Your Company‘s AI Risk in 2023 Build a Churn Detection Train with AI Blueprints AgStack: Linux Foundation Project Will Bring Farms Online
SHARE THIS STORY
RELATED STORIES
PyTorch Poisoned in Software Supply Chain Attack AI21 Labs Bets on Accuracy, Develops Approach for Factual AI AI, Machine Learning and the Future of Software Development What Data Management Pros Expect to See in 2023 Hardware Independence Is Critical to Innovation in Machine Learning
THE NEW STACK UPDATE A newsletter digest of the week’s most important stories & analyses.
The New stack does not sell your information or share it with unaffiliated third parties. By continuing, you agree to our Terms of Use and Privacy Policy.