This Week in Programming: Small Changes that Make a Big Difference 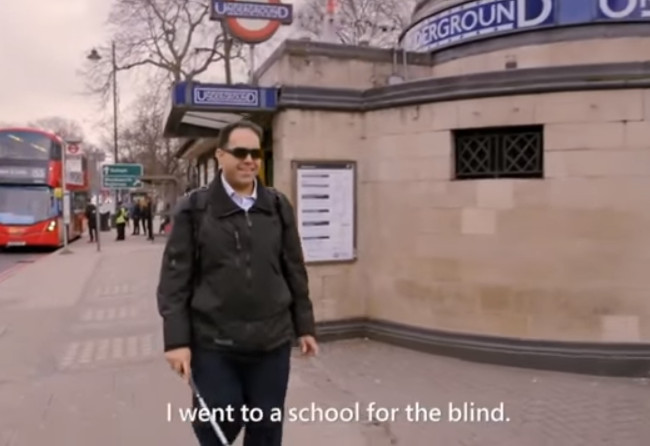 Earlier this week, I found myself wandering down the wormhole of comments that is nearly every AskReddit thread I clicked on, when I stumbled across this video of Saqib Shaikh, a developer who happens to be blind, showing how he uses Visual Studio 2017 with screen reader software for writing and debugging code at the Microsoft Build 2017 conference last May:

“With these things, often it is just the small changes that matter, but it makes such a big difference to my productivity and how I code every day,” Shaikh said, explaining how the tweaking of some changes in Visual Studio allowed him to greatly expedite his workflow.

“So maybe if you work on any user interfaces, be they desktop, mobile or web. Then these small changes in your apps can make a big difference in how someone uses your apps every day,” Shaikh said.

Whenever I spoke with mentor-of-sorts on the phone, I could hear his screen reader in the background, dictating to him what was on his screen in much the same way he would dictate to me what I had to type to fix my code. It was a familiar process, after all, for someone who first learned to code by typing in code that was printed on the back pages of Discover magazine.

So, while for me there has never been a question of whether or not someone could code without being able to see, it is a question often asked. And the answer is obviously yes.

Here’s another account from a blind programmer about software development 450 words per minute — the rate at which their screen reader “displays” their screen to them.

Back to Saqib Shaikh, who also happens to be a software engineer in the artificial intelligence and research group at Microsoft. Taking the idea of screen readers to the next level, Shaikh has created an app using Microsoft’s Intelligence APIs to work with smart glasses or smartphones that can help describe the world around him in much the same way his computer reads his screen.

Back at the Track

Moving on to the latest in programming this week. Last week, if you remember, we took a look at the great programming language horse race. While the leaders were those stalwart languages such as Java and JavaScript, Python held a close second place and was found to be “the fastest-growing major programming language” according to a StackOverflow study. This week, there’s more news on Python, an upcoming change for Java, and some other stuff we just found plain interesting.

Mike is a freelance writer, editor, and all-around techie wordsmith. Mike has written for publications such as ReadWriteWeb, Venturebeat, and ProgrammableWeb. His first computer was a "portable" suitcase Compaq and he remembers 1200 baud quite clearly.
Read more from Mike Melanson
SHARE THIS STORY
RELATED STORIES
How to Execute a Simple GraphQL Query GraphQL and REST Can Coexist, Author Will Lyon Says APIs Are Where Fun Happens Best Practices for API Security in Kubernetes How to Handle Sessions with Cookies and Tokens
SHARE THIS STORY
RELATED STORIES
Matillion’s Data Productivity Cloud Brings dbt Orchestration How Developers Monetize APIs: Prepay Emerges as New Option What It Means to Be OpenAPI-First in Kubernetes State of the API: Lack of API Design Skills a Key Problem Service Simplifies Natural Language Processing for Developers
THE NEW STACK UPDATE A newsletter digest of the week’s most important stories & analyses.
The New stack does not sell your information or share it with unaffiliated third parties. By continuing, you agree to our Terms of Use and Privacy Policy.